Wrapped in the warmth of Big Mike 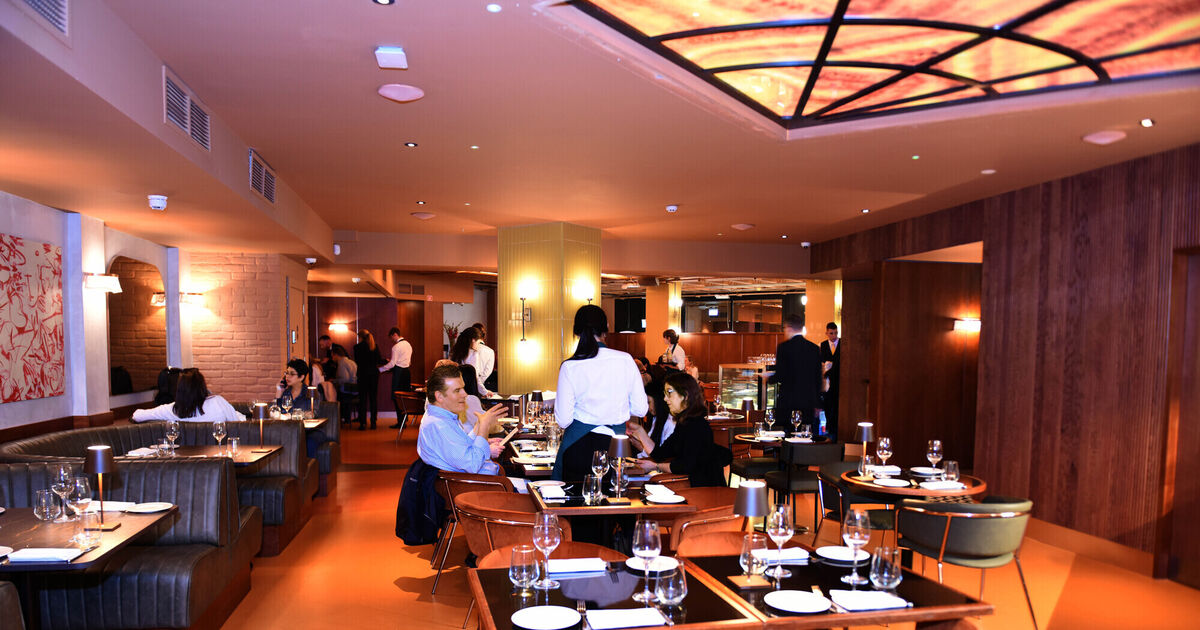 Wrapped in the warmth of Big Mike

“Aim big or go home” goes the cliché; for Gaz Smith, it is a philosophy of life. Big Mike’s is Gaz’s new restaurant, a sister location to Michael’s in Mount Merrion (and the more casual Little Mike’s).

I raved about both so was looking forward to trying the big brother which opened just a month ago outside Blackrock Shopping Centre.

At this point, Big Mike is a bigger, brighter version of Michael, but Gaz tells me he’s still figuring out exactly what Big Mike will become — right now it’s Michael basically.

Seven of us descended on a rainy Sunday evening recently, and a few of us noticed the warm welcome. The menu is short, with a choice of seven starters, dishes such as steak and fries and pasta stew, as well as Gaz’s signature seafood platters.

A (free) amuse-bouche of arancini croquettes with crispy ham hock sounded like a statement of intent. The savory-sweet shank in its crispy crumb was a big flavor and Gaz had doubled down by sitting them on a zesty lemon aioli with a tangy garlic dressing on the side. I could have eaten ten.

The duck confit and arancini with wild mushrooms (€11) were meaty and rich, the goat cheese mousse at Fivemiletown (€11) was creamy-light, but had a nice contrast between the beet and pistachio crumbs, while a clementine vinaigrette added spice.

The seared yellowfin tuna (€16) was outstanding, the tuna perfectly fresh and barely seared to bring it closer to sashimi, a yuzu jelly, flavors of sesame and soy and a dashi vinaigrette complementing the flavors nicely without overwhelming the tuna.

My boar pie (€11), was a half-inch slice of meaty delight while the oat-fed mussels in a “zapped sauce of lime leaves and walnut curry coco” (€10) were indeed “zapped”, and a creative and tasty take on this highly underrated crustacean.

Next are our trays, designed for two but large enough to feed three. The seafood platter included prawns, dressed crab, lobster croquettes, cockles and mussels, Dublin Bay prawns and medium black sole, all dressed in a rich bearnaise sauce.

Chateaubriand (€100) meanwhile was a generous pile of savory rare beef with a pepper sauce for dipping. The fries weren’t Gaz’s usual crispy perfection, but they came close enough.

The drinks menu is well chosen and has at least 15 wines which I would be happy to order; a significantly higher success rate than usual. Names like Judith Beck, Chateau Le Puy, Roda and others have shown that wine director Jules Mahon knows exactly what she is doing.

We started with a light and crispy Passoa da Vinha Vinho Verde which was maybe a bit too light, but still well worth its €30. The Altos de Torona Godello (€41) was textured and generously flavored so paired well with seafood, while two bottles of black cherry Pepe Mendoza Monastrell (€48) had been chilled a few degrees to my requested by our efficient, attentive and rather brilliant evening sommelier, Pascal.

The dessert menu only offered two options: a rich chocolate and orange cake (€9) made with quality dark chocolate; and ‘Old School Sticky Toffee Pudding’ (€9) with a caramel sauce that could have been a bit stickier.

Big Mike’s has a generous kitchen with big flavors (as big as Gaz’s personality), and we came away smiling with a bulging waistline. It’s not perfect yet, but my son’s comment pretty much sums it up: “This is a foodie’s paradise.”

A dinner for seven with seven starters, platters to share, desserts and four bottles of wine costs €562.50, or €80.35 per person.

A big hug from a restaurant with generous seafood platters and a warm welcome.