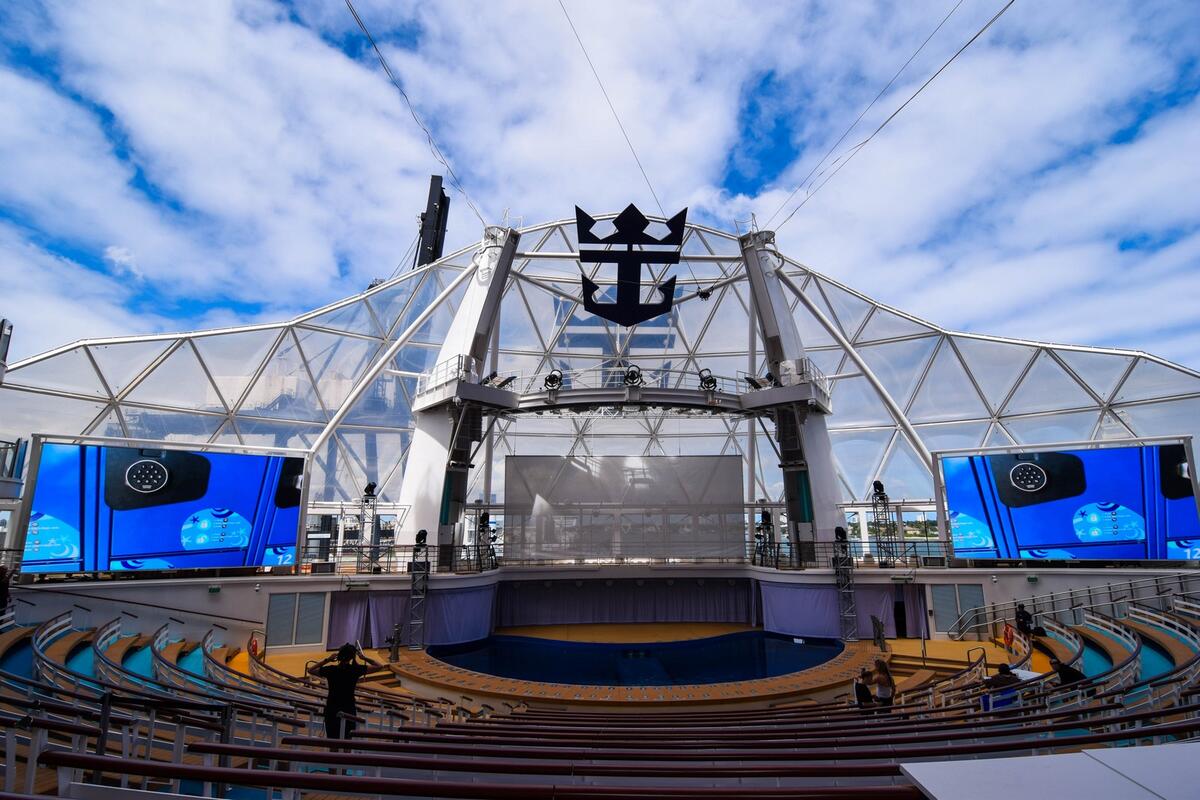 The day has finally arrived to see Wonder of the Seas for the first time!

I went down to Fort Lauderdale the day before the cruise and stayed for the second time at the Hyatt House Fort Lauderdale Airport – South & Cruise Port. Great hotel with a large kitchenette at a reasonable price very close to the cruise port.

Located in North Miami on the campus of Florida International University, this is where Royal Caribbean trains all of its artists, produces all of the costumes for its shows, and prepares everything before reaching a cruise ship.

I was unable to photograph the interior of the building, but the tour of the facility showed just how massive a Royal Caribbean entertainment operation is on its ships.

We saw a cast learning the lines from Hairspray on Symphony of the Seas, and another cast set to join Anthem of the Seas to perform We Will Rock You.

After our walkthrough, it was time to head to Wonder of the Seas!

Boarding was quite simple and straightforward, and I was able to board without delay. 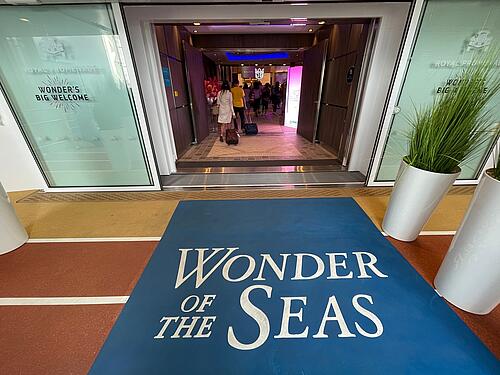 While walking on Wonder of the Seas, it became apparent very quickly that despite being the fifth ship in the Oasis class, it is anything but a carbon copy of its sisters. 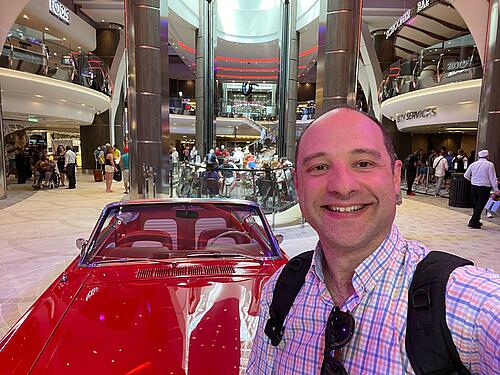 Royal Caribbean has upgraded, revamped and in some cases completely replaced some sites.

While new cruise ships will always have a certain level of glitz that will endear them to just about anyone from the start, I noticed a few impressive changes that really separate the ship from her sisters.

As I mentioned in the preview blog post for this sailing, I was invited by Royal Caribbean to be their guest on board. As such, I had a few meetings to attend on board the first day. Combined with my own desire to “see it all”, I ran around the ship a lot on the first day.

I shared photos of my presentation of the main changes and additions, but I wanted to talk about the areas that really stood out to me.

The revamped pool deck changes are fantastic, and I like how they added stadium seating in the middle. 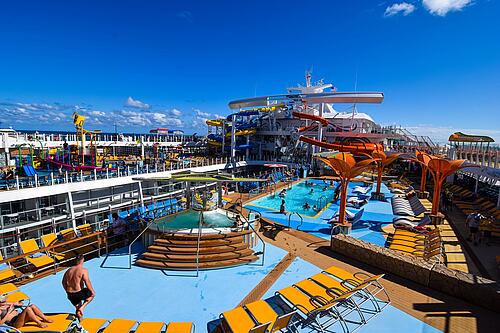 I can also appreciate the addition of a cinema screen, although it can get a bit noisy at times (to be fair, that’s true on other ships). 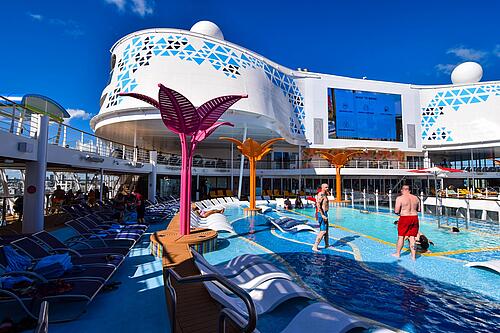 Thanks to a few friends I was able to walk around the new suite area and you can quickly tell it has been completely revamped. 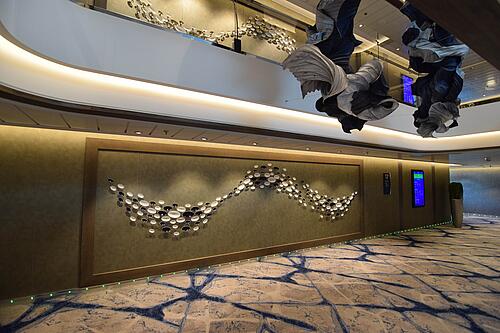 Walking through the halls of Suite Neighborhood feels different. If I was a suite guest, I might appreciate the feeling that you’re in a special place.

And then there’s the Sundeck Suite, which is sprawling and offers the right mix of shade and sun. Compared to other suite decks which are usually all in the sun, there is a decent amount of shade and seating which I think makes this a home run. 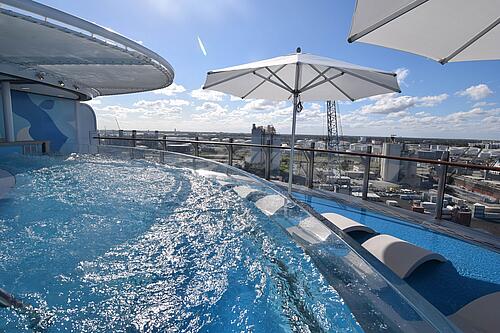 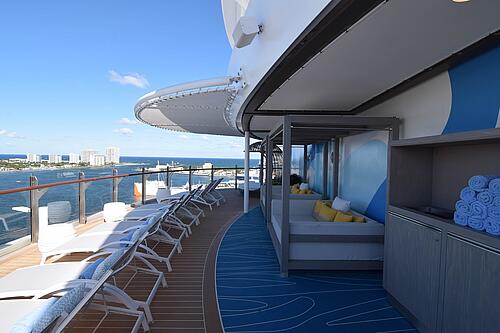 The Wonder Playscape seems like a fun space for kids, but I’ll have to reserve judgment until my kids show up next week. 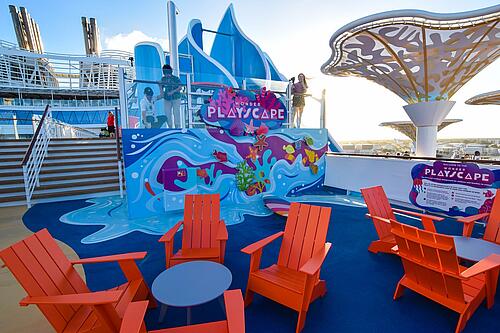 Speaking of kids, the best news as a parent is that Adventure Ocean is back to “normal” in the sense of not limiting bookings. 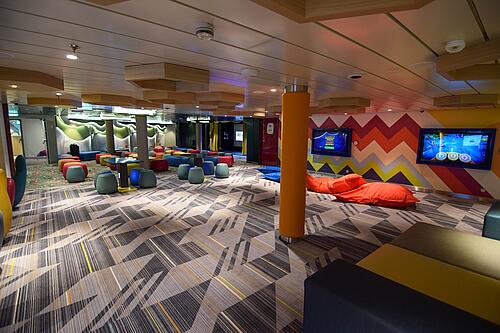 I spoke with the staff, who told me that the 6-12 year old group could handle around 120 kids and assuming they don’t hit that number they could take as many kids as possible. 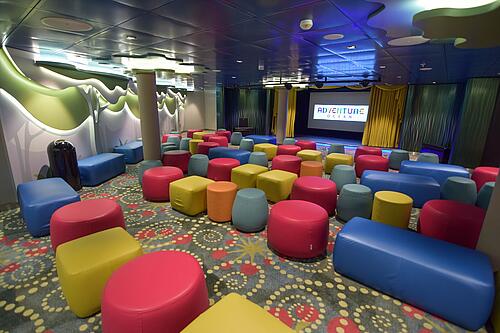 The reason they don’t do limited capacity in Adventure Ocean is that Royal Caribbean has joined the CDC’s “highly vaccinated” program, which requires at least 95% of passengers to be vaccinated.

Another area that has really been revamped is the Windjammer. It’s the largest Windjammer in the fleet, and it’s massive indeed. 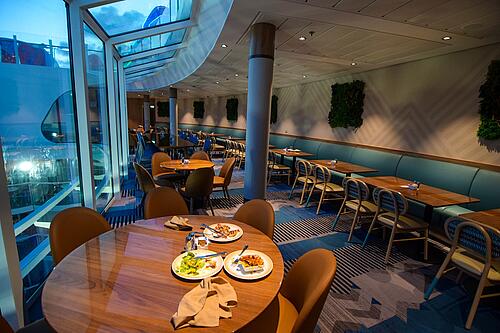 Wrapping around the entire aft deck, the Windjammer offers a ton of seating and an equal amount of food stations. Also, I love the aesthetics of the space.

For dinner, I went to the new Mason Jar restaurant. 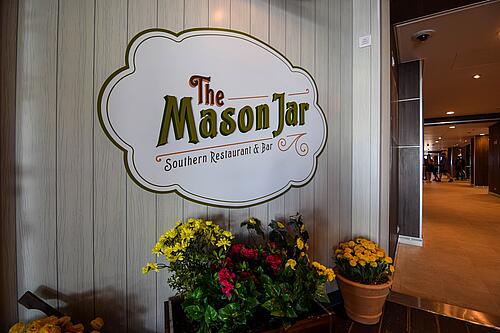 I wasn’t sure what to expect, but the food and drink at Mason Jar blew my mind. Between the charred watermelon salad, hot Nashville chicken, chicken pot pie, and fried Oreos, I just couldn’t get enough. 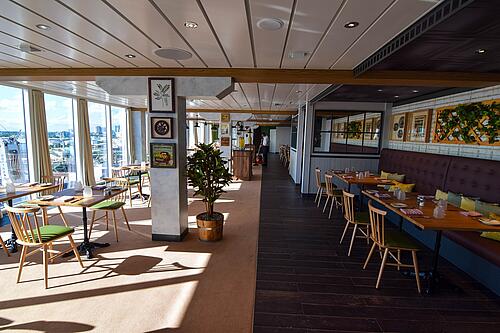 But I would be remiss if I didn’t mention the Mason Jar country band, which performs at night and adds a whole new dimension to the dining experience.

If you’re at the bar, you get the full country band experience of singing and drinking, with even some dancing. But if you’re dining, you’re far enough away to hear the music without interrupting the dining experience. 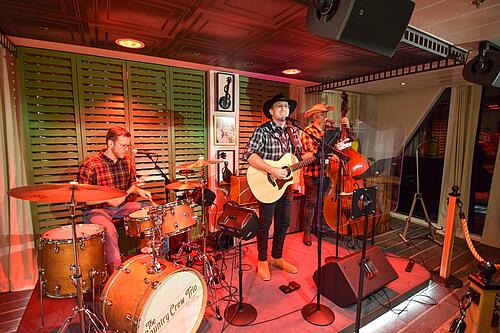 I’m going back for brunch in a few days to sample that, and I guess I’ll be at the bar just for the music too.

It was a first full day aboard Wonder of the Seas, and I ended my evening with a few drinks in the pub on the Royal Promenade before calling it a night. 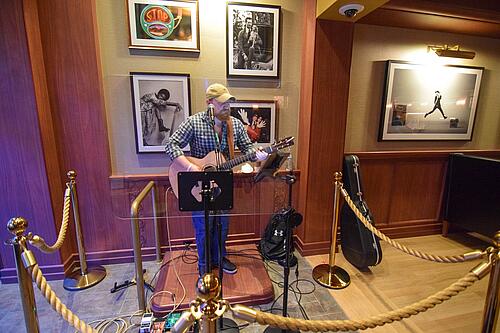 Tomorrow is a day at sea.

There are 4200 passengers aboard this sail.

I noticed the cabin crew carts had a new look. 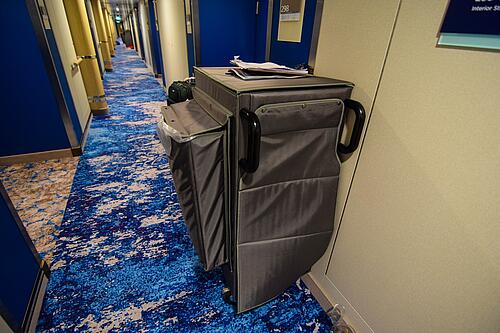 There are obviously 4 of these astronauts around the ship. So far I have found two.

My shower (standard balcony room) has two shower heads, although I didn’t figure out how to operate the top shower head. 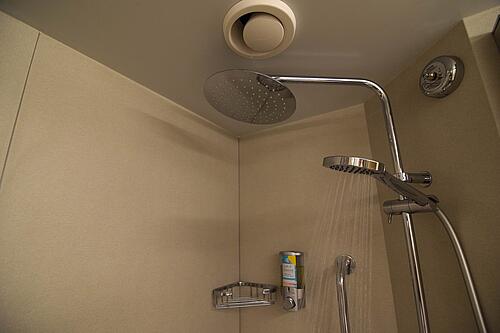 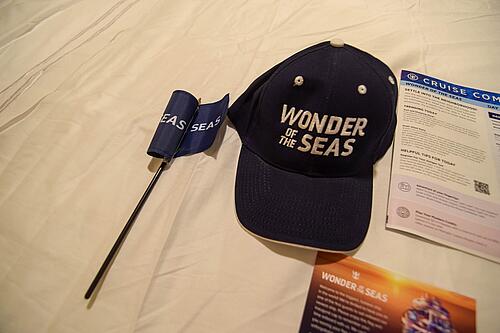 Near the bed is a functional lamp with USB sockets. I love this little addition! 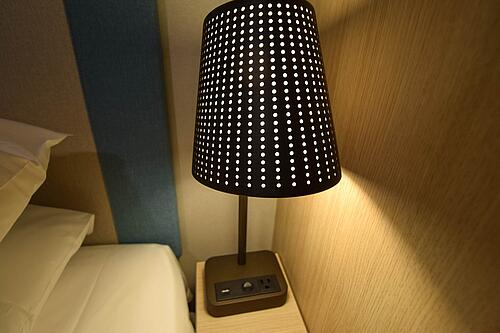