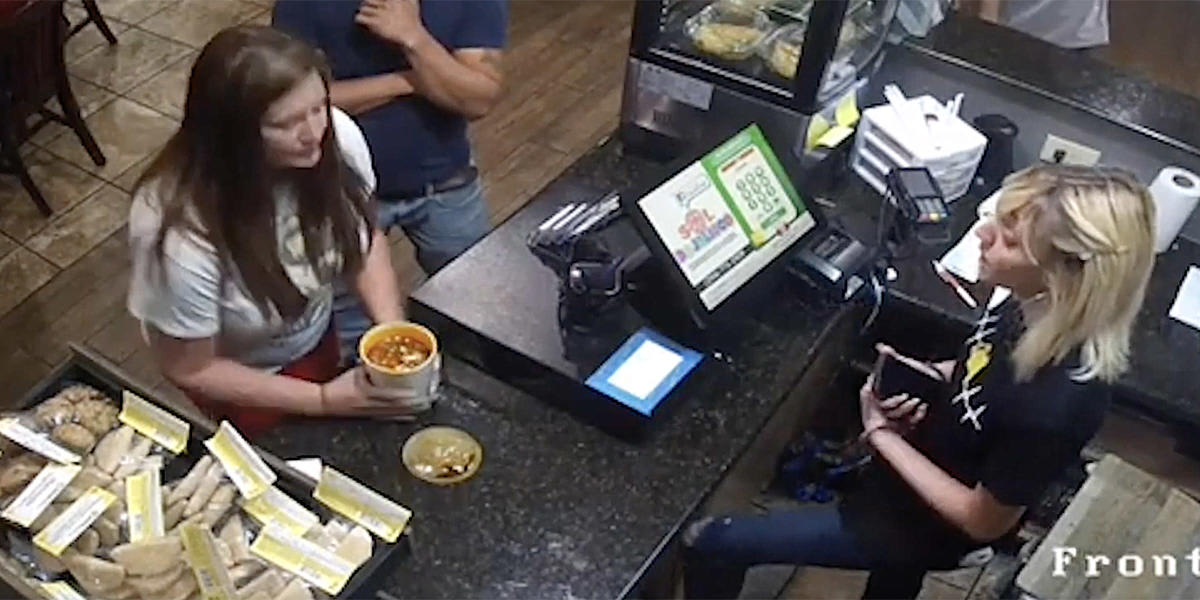 A restaurant manager’s TikTok video, in which she describes having soup thrown in her face by an angry customer, is going viral. The incident was also captured on CCTV.

The interaction took place on the afternoon of November 7 at the Sol de Jalisco in Temple, Texas. Police told local NBC affiliate KCEN-TV that a woman first called the restaurant to complain about the soup she had ordered.

The woman complained that the soup was too hot and had melted the lid of the container she was in, police said. Jannelle Broland, the manager who was attacked, said on TikTok that the woman insulted her on the phone, and Broland offered her a replacement and a free meal.

“All she wanted to do was scream and swear,” Broland said in her video. “She called me names and names of the kitchen staff. I said to her: ‘Madam, I can always help you, all I ask is that you don’t shout and insult me . She says ‘Oh no, honey, you haven’t heard an attitude yet, and I’ll talk to you any way I want. the phone.”

Broland said the woman called back and asked to speak to a manager, but hung up after being put on hold. The woman later entered the restaurant, where she argued with Broland for several minutes, swearing and complaining without accepting offers for refunds or meal replacements.

“I said, ‘If you don’t leave or calm down, I’m going to call the police,’ and she said, ‘I don’t care. … I said, “Madam, I can always help you, I just need you not to insult me ​​and shout at me. That’s when she took the shared decision to grab (the soup) and throw it in my face,” Broland said.

Broland said luckily the soup wasn’t as hot as it could have been if it was fresh, but the spices in the soup made it kick.

“It was still pretty hot, but if anything, the spices in our soup definitely affected me more than anything,” she said. “I really felt like I had just been pepper sprayed. My eyes were burning, my nose was bleeding.”

Related: Restaurant workers have faced increasing levels of bad behavior from customers amid the coronavirus pandemic.

Broland said the attack shocked her.

“It kind of took my breath away for a second because just the burn, I was really in shock,” she told KCEN-TV.

Charges are pending against the woman, according to KCEN-TV, and she has been banned from the restaurant. She has not been publicly identified.

“We do not condone this type of behavior and hold our citizens to the highest standard,” Temple Deputy Chief of Police Allen Teston said. “If a citizen feels they have received poor service, we advise them to remain civil until the matter is resolved.”

Broland said she had worked in the restaurant industry for six years and had never experienced this kind of behavior. She is filing a complaint against the woman and has asked her followers not to intimidate her if she is identified.

Broland told KCEN-TV that she hopes her story inspires people to think about how they act when dealing with service workers.

“I hope this will draw a lot of attention to how not only servers in my region but also servers around the world are treated and understaffed or not,” she said. “We don’t just put on an apron and name tag and we’re just robots – we are still human beings with emotions in the same way.”