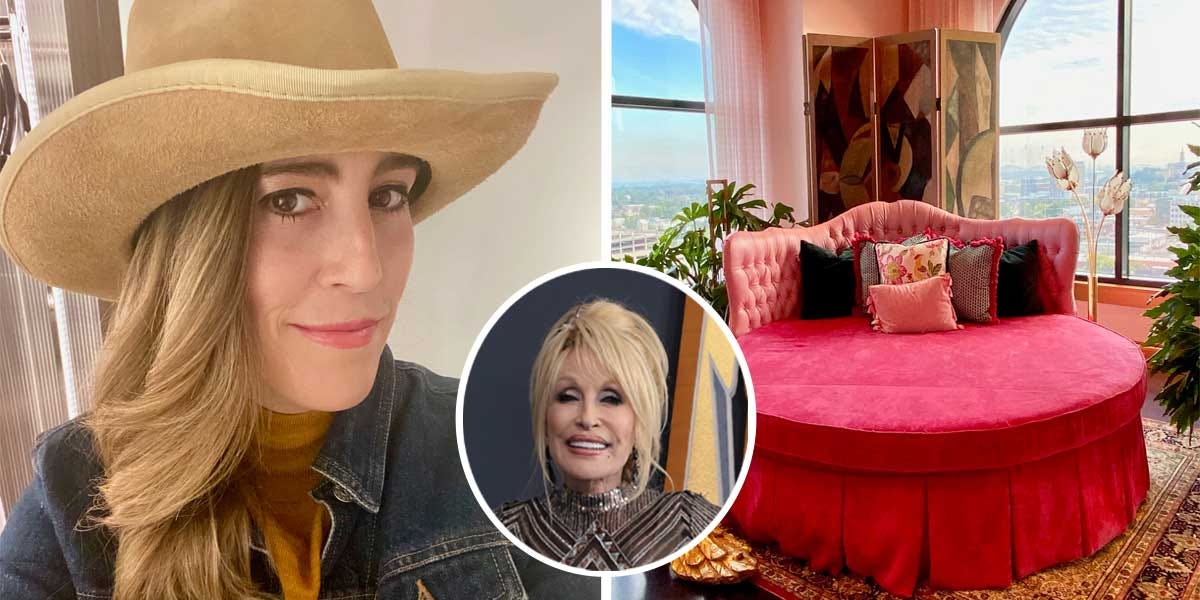 In the immortal words of Dolly, “Everyone has their own journey, their own way of doing things. Who am I to judge”, and it’s a saying I’ve always admired.

Although I’m not a huge country music fan, I’m part Dolly. I will never say no to the jamming of “Jolene”, and I have always respected her work as a businesswoman, musical icon, general disposition and true sense of courage.

So when my partner and I planned a cross-country road trip and discovered Dollywood was closed due to COVID-19, we prioritized a stop in Nashville to enjoy the next best thing: White Limozeen, a Dolly Parton-themed rooftop restaurant and bar. .

White Limozeen is housed inside the Graduate Hotel, a fashion-forward newcomer to the Nashville lodging scene.

Right next to the Vanderbilt campus in Midtown Nashville on West End Avenue, The Graduate Hotel opened in summer 2020.

From the moment we entered the lobby, I was wowed by the high ceilings dotted with colorful decor, retro neon signs, and pop art. I knew we were going to have a great time.

The 12-story, 205-room hotel is not officially affiliated with Dolly.

The hotel has no official connection to Dolly but still pays homage to her in many ways besides White Limozeen.

On my way to the rooftop, I noticed there was also an animatronic karaoke bar downstairs called Cross-Eyed Critters, named after the lyrics of another country music star, Eric Church, and featured a Dolly Parton pinball machine.

The hotel also has a Dolly themed 9 to 5 suite which I am booking next time.

While we weren’t at the hotel, I learned that all King rooms at the Graduate have Dolly-inspired artwork above the beds. But only one accommodation is decked out in the full Dolly Parton treatment, the 9 to 5 suite.

“It’s very expensive to look so cheap,” reads a neon sign above the bed, quoting Dolly herself. Indeed, the suite starts at $699 a night.

If I ended up here, I wouldn’t mind sleeping under the iconic quote.

We took the elevator to the rooftop where we found White Limozeen dripping with pink.

Named after Dolly Parton’s self-titled 1989 solo studio album, the entire concept behind the indoor-outdoor restaurant was inspired by the queen of country music. Although, like the hotel, it has no official connection to Dolly either.

When we arrived at the hostess booth, we were quickly escorted to our table on the outside patio.

We arrived early around 5pm and by 7pm the restaurant was almost full. I noticed several large groups of women and what appeared to be bachelorette parties.

In addition to pink, shades of white and gold were throughout, and the interior featured a gorgeous pink onyx bar.

Inside, the pink onyx bar was flanked by glamorous plush pink furniture and wall-to-wall pink decor, as well as sparkling mirrored chandeliers.

While dining outside on the roof terrace, I would love to come back here to toast some cocktails.

The poolside patio offers an elevated menu of food and cocktails.

There really isn’t a bad seat in the house, but we chose to sit outside and enjoy a panoramic view of Midtown Nashville. Our patio table overlooked the pool and a giant bubblegum pink bust of Dolly Parton.

I thought the umbrellas and pink and white fringed lounge chairs around the pool created a fun and friendly atmosphere and I wish I had spent more time here during the day.

Cheeky and charming, White Limozeen’s menu was fun and approachable, yet still full of surprises.

We were pleasantly surprised by the delicious chicken liver pie, which I paid for in full. It packed a sweet and savory punch through delicate layers of strawberry jam and chicken liver mousse with edible flower petals.

We toasted our meal, and Dolly, with shots of Jell-O Champagne topped with sparkly sprinkles.

One of the best, if not the most unique things we tried was the Jell-O Champagne shots which were topped with sparkly sprinkles. Sweet, delicious and with an unexpected layer of depth that never goes out of style, it reminded me of Dolly herself.

Even if you’re not a Dolly Parton fan, White Limozeen is an Instagram-worthy destination in its own right.

It wasn’t Dollywood, but I like the color pink and the fun, kitschy places. I left happy and cheerful, and not just because of the Jell-O injections. White Limozeen was a fun and festive place well worth stopping by if you are in Nashville whether Dollywood is open or closed.