What happens when the bosses are absent? 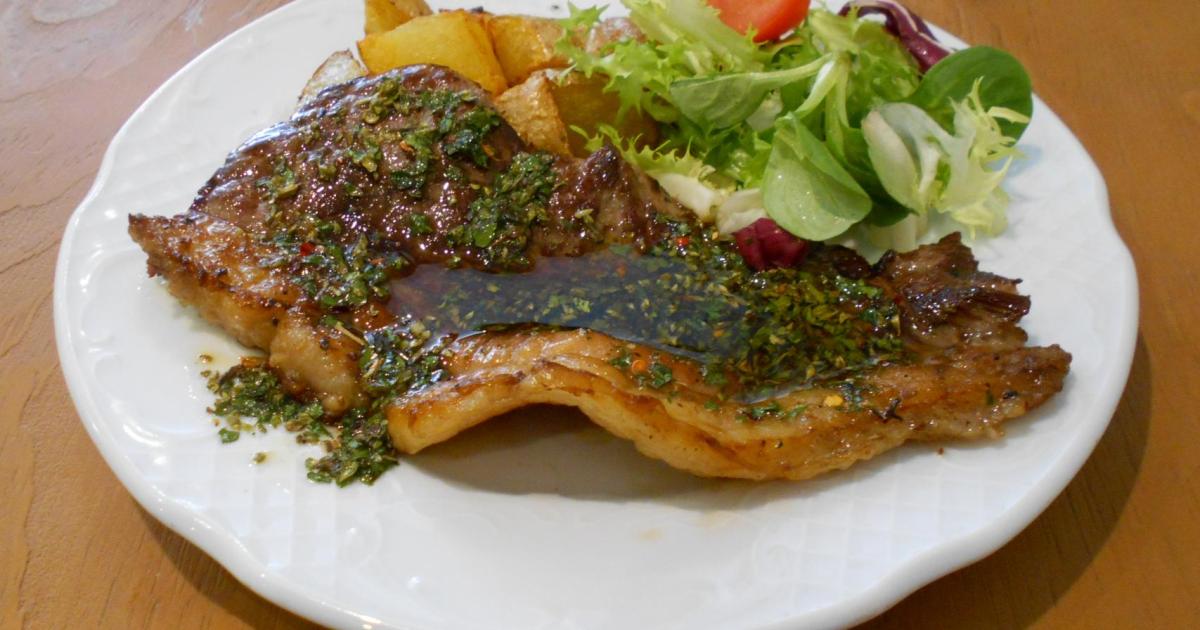 What happens when the bosses are absent?

It’s amazing how many insignificant details stick in our minds even though they didn’t really matter at the time. When I was 13 (that was a long time ago), a friend of my brother had a piece of advice that was useless to him when he mentioned it.

He was head of patents in London for Unilever, a global company that is still well known. He told me the main the job of a good boss was to make himself totally superfluous. He had to organize his department so that it ran on well-oiled wheels even when he wasn’t around. I thought of him last week while going to Sa Goleta for their €13.20 menú del día.

As Sa Goleta (the word means schooner) is one of the busiest restaurants in Palma, I phoned at 9:15 to reserve a table. One of the owners, Leo or Josefina, usually picks up the phone, but that morning I got the answering machine. Since I don’t like talking to machines, I called later and a waitress took the call.

I was slightly surprised that neither Leo nor Josefina answered the phone sooner, but there was nothing to worry about. As I was sitting in the restaurant at 3:15 p.m. and looking at the menu, I suddenly realized that Leo, who takes care of the dining room, was not there. I asked a waitress about him and she said he was on vacation. And Josefina? She was also on vacation. All kinds of alarm bells started ringing. Josefina is Sa Goleta. His Goleta is Josefina. She is alone in the kitchen. She has no assistant. The kitchen isn’t set up to run on well-oiled cogs when it’s not there.

I thought it wouldn’t be fair to judge Sa Goleta when her captain wasn’t on deck and not on course. That day I was eating with Marcos Madrigal, the head butcher of the El Corte Inglés supermarket in Jaime III. When he arrived I explained the situation and wondered if we should eat somewhere else. But we finally decided it wouldn’t be a bad idea to eat at Sa Goleta to see how it worked when the patrons were on vacation – in Mexico, no less, not up and down the street in Can Pastilla.

Marcos started with a Broccoli and zucchini velouté he liked it very much. The broccoli added flavor to the soup and the zucchini gave it texture. There was even more taste and texture in the form of little croutons.

Marcos had a picaña steak for its main course, a Brazilian cut which started to become popular in Spain about eight years ago, although this cut is also sold here but under the name tapilla.

Marcos gave me a brief overview of what picaña is and what part of the cow it comes from. It is a huge muscle on the upper leg that is wide at the top, tapering to a point.

This is the kind of cut that can be sliced ​​into wide, thin steaks or cut into thick strips.
His was a thin steak with a rim of fat that kept it nice and moist, and he asked for it to be undercooked. I tasted a small piece and it was beautifully tender and full of flavor.
Sa Goleta usually offers six or seven desserts and two or three are always homemade, the others being bought but from reliable sources. Marcos had a classic homemade flan it was as splendid as it looks.

The fried fish was worth 10

Josefina Pérez is the only cook (as well as the soul cook) in Sa Goleta and because she was on vacation with her husband Leo, there was a big question mark about how the usually superb menú del día would be without her in the kitchen. 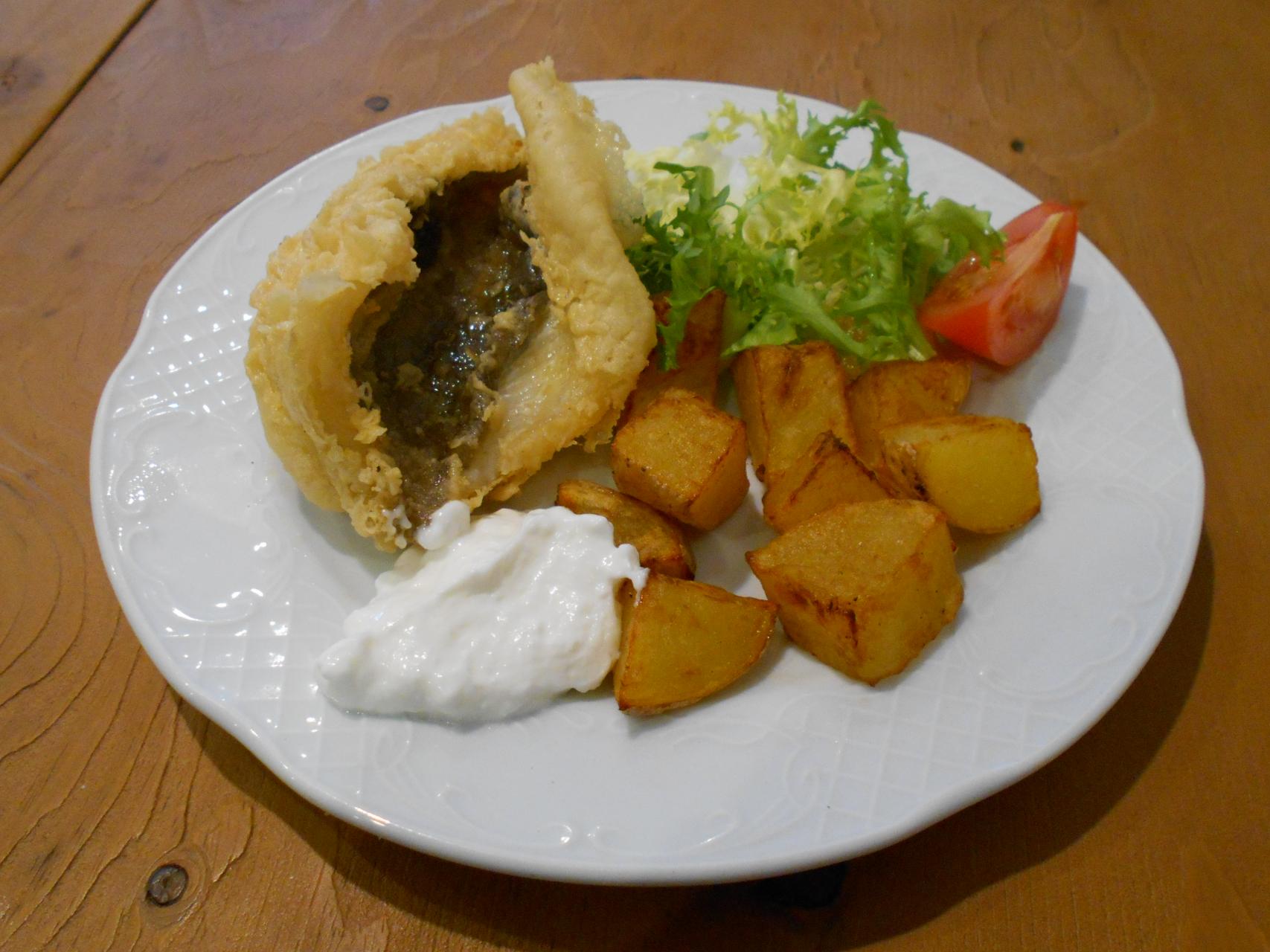 The fillet of gallo was worth a 10. Photos: Andrew Valente

I was particularly skeptical of a fried fish fillet which was one of the main course choices. Most professionals tend to overcook fish because that is how the vast majority of customers prefer it. This is why when I order fish, I always ask the server to ask the cook if my order (for any type of fish) might be undercooked rather than overcooked.

The young Uruguayan cook called Giovanni who replaced Josefina got the message, understood what I meant and produced a wonderful piece of fried fish.
The high oil temperature caused the skin to curl on the underside of the fillet and this produced a nice twisted look. But the main thing was that the flesh of the fish was soft and tasty, which is exactly what I wanted. And that’s why I gave it a rating of 10.

I started with their meat and vegetable paella. It was another test for replacement cook Giovanni as Josefina specializes in paellas and offers around eight of them on the à la carte menu. 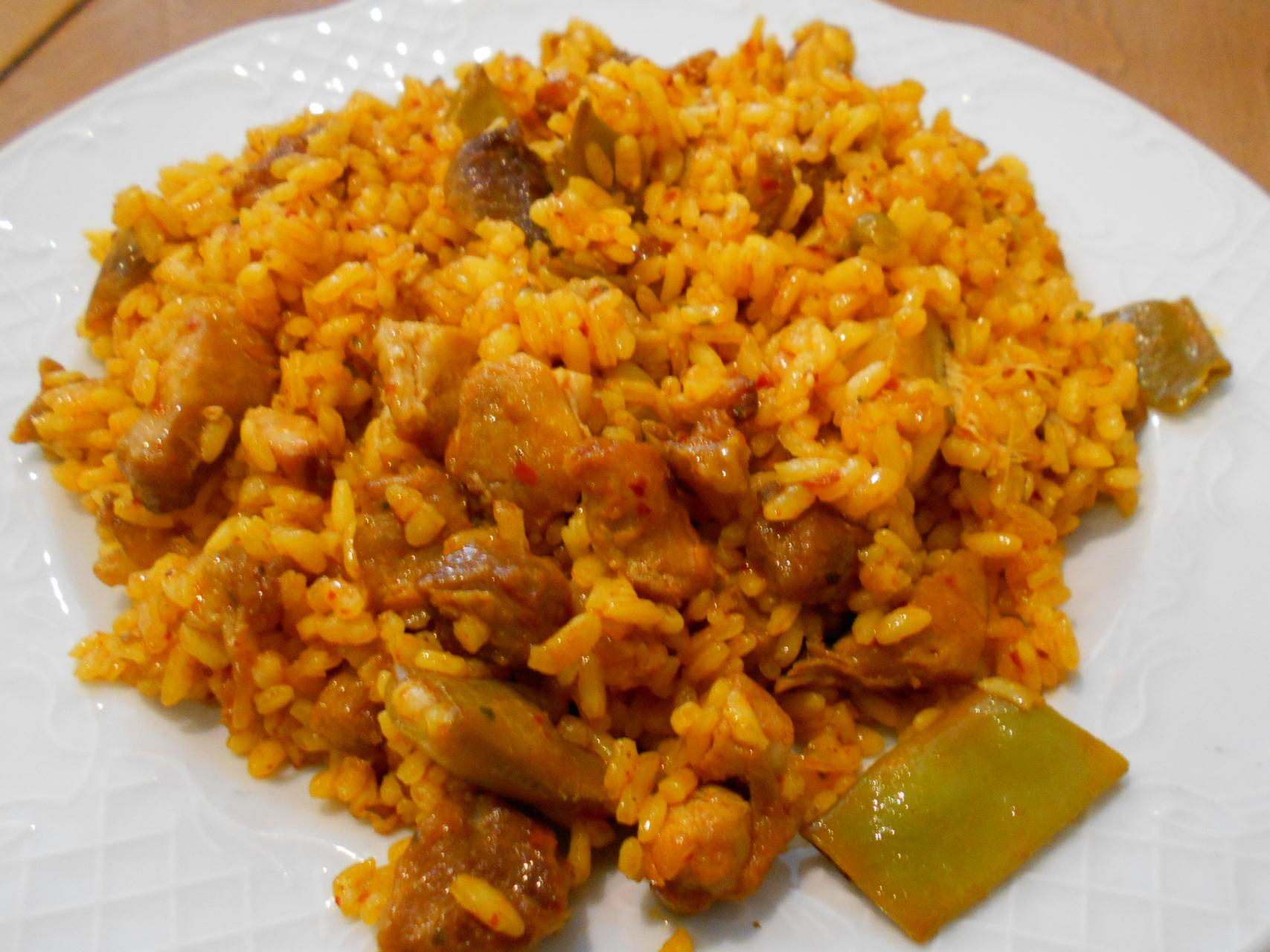 The meat and vegetable paella was a generous portion.

The problem with menú del día paellas is that by the time the last two servings are served, the rice can be dry and overcooked. But that doesn’t happen in Sa Goleta because when paella is a menú del día choice, it’s so popular that it wears out before the rice has had a chance to get overcooked. This happened with Giovanni’s paella so the rice was still nicely al dente and the myriad of little pieces of pork had been pre-fried until crispy on the outside and therefore full of flavor.

My dessert was a delicious baked apple, a dish I rarely see on restaurant menus and always order when available. I’ve never been able to figure out why more restaurant cooks don’t bake apples. Once they’re in the oven, they take care of themselves — and they still turn out pretty nice. It’s actually pretty hard to spoil a baked apple. 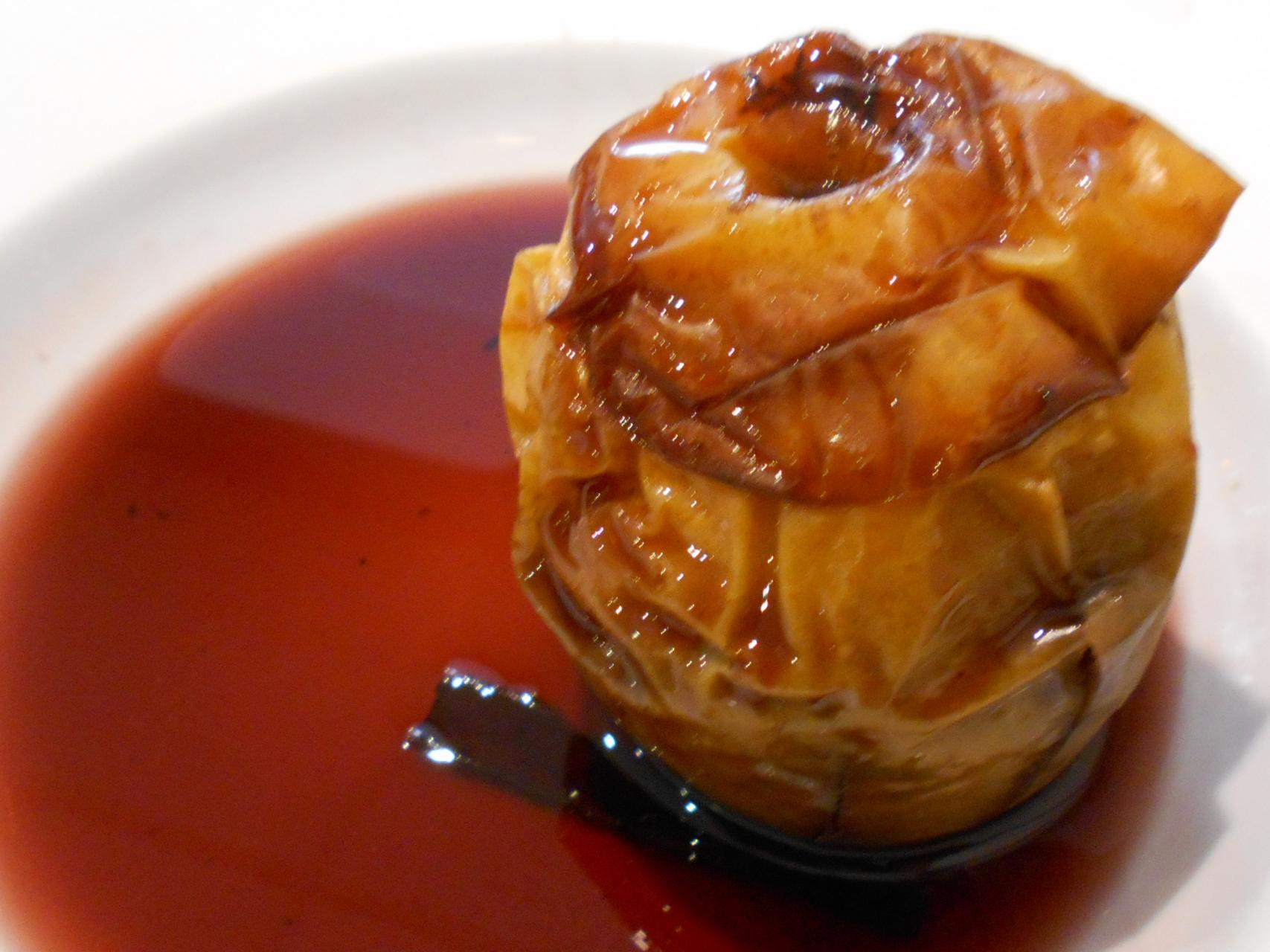 The baked apple was superb.

This apple was cooked with an enticing cinnamon red wine reduction: a sprinkle of powder at the end, with strips of stick used during cooking. A nice end to any meal.

I have been going to Sa Goleta since they opened about 12 years ago and have never seen the owners Leo and Josefina go on holiday and leave the restaurant to take care of others. But everything was perfectly under control with a Uruguayan cook called Giovanni in the kitchen and family members manning the dining room. Leo and Josefina now know they can go on vacation more often and Sa Goleta will be in good hands. Their menú del día at €13.20 is one of the best in Palma and no place I know of has a greater choice of dishes: usually six or seven starters, mains and desserts. Josefina specializes in paella and there are about a dozen to choose from. His roast suckling pig, eaten shortly after it comes out of the oven at 1pm, is the best I’ve had, but make sure you get it as soon as possible after 1:30pm. Roast suckling pig is available on the menú del día with a supplement of €4.

Restaurante Sa Goleta, Avda Argentina 34, Palma, just before arriving at Sant Sebastià Church, coming from the center of Palma. Tel: 971-450155. Closed on Mondays. This restaurant is one of the busiest in Palma and you should always book a table any day of the week. They only open for lunch from 1pm.

We had no extras so the menú del día for two at €13.20 came to €26.40, a great price for such a great meal. A memorable main course choice is the roast suckling pig which is at its best when ordered as soon as the restaurant opens at 1pm. If you have the suckling pig on the menú del día, there is an extra €4.