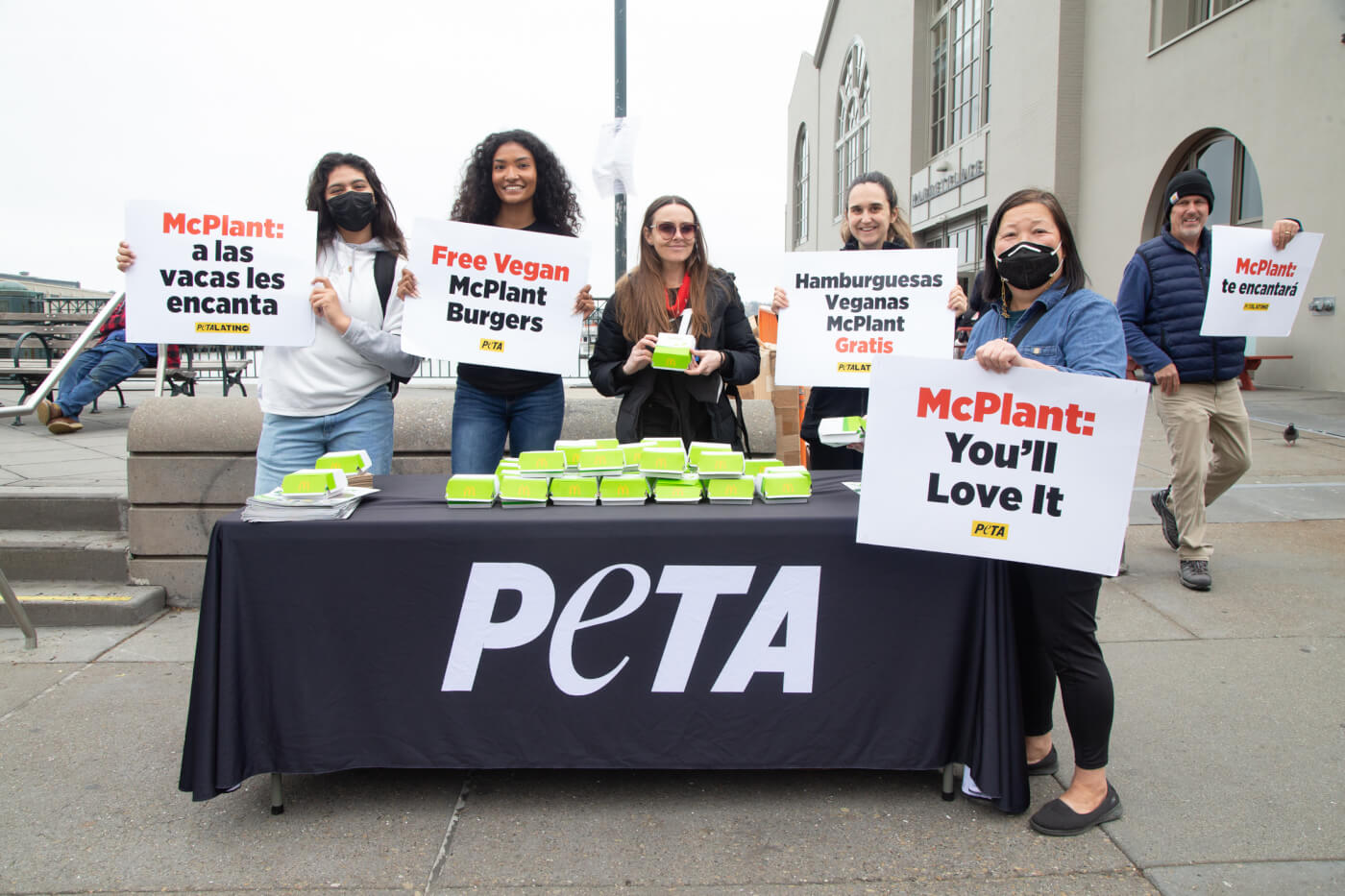 From Dallas to San Francisco, PETA gave 10,000 McPlant vegan burgers in just 10 days! PETA’s days of protesting outside McDonald’s could soon be over if the chain rolls out this juicy, meatless offering nationwide. To get the mayors of Dallas and San Francisco excited about bringing the McPlant to their cities, PETA also delivered the burgers to them and their staff.

Watch the video below to learn why we’re excited to introduce potential meat buyers to this delicious, animal-friendly new option:

From Dallas to San Francisco ✈️

If you’re in the San Francisco Bay and Dallas-Fort Worth areas, it’s not too late to try @McDonalds‘ #vegan burger for a limited time! pic.twitter.com/gmJzLuxpcl

With thousands of McPlants (holding the cheese and mayonnaise to make them vegan, of course) already given away at more than a dozen giveaways in California (Oakland and San Francisco) and Texas (Dallas, Denton, Fort Worth and Irving ), PETA supporters are changing the fast food market.

Here they are preparing to distribute free, cattle-friendly bundles in Texas:

In San Francisco, they gathered outside a butcher shop, the Golden Gate Meat Company, and on the city’s historic carts, turning them into traveling vegan McDonald’s.

Ordering a McPlant from a drive-thru isn’t a big deal for us, but it’s a matter of life and death for the cows and possibly the buyer. Real meat clogs the arteries in your heart, so PETA’s gift to thousands of people can introduce them to a healthier way to eat and show them how easy and delicious it is to have a vegan meal these days.