As opening day approached, The Sun’s Anna Pier spoke about the past and present with young general manager and former Stompers player Eduardo (Eddie) Mora-Loera.

How is the season going for the Stompers? It’s really exciting to play again! We joined the California Collegiate League, which has a 50% draft rate for Majors. We have players from top schools, even Division 1 – Texas A&M, Berkeley, UC Davis, U. of Utah, and SRJC and Sac City. We have a list of 30 players, and all these players come to us in the middle of the season. A Stompers game is the perfect place for anyone who has been isolated to get out and enjoy baseball.

When did you know you wanted to pursue a career in baseball? From the age of nine, all I could think about was playing for the Oakland Athletics with Mark Kotsay, their center back at the time. I grew up in East Oakland, just down the street from the Coliseum. A players would participate in huge Little League parades. It’s sad to lose the A’s. Baseball players are role models. Someday I want to help revive Oakland LL.

Role models from your past? Several. I hope to imitate my abuelo, an immigrant from Colima, Mexico. He learned English by reading the newspaper and went from dishwasher to chef. I was lucky that Coach Kyriacou, who was from West Oakland – even tougher than East Oakland – helped me navigate my private school years (Bishop O’Dowd High School). He challenged me a lot, wouldn’t let me get away with not doing my best. I learned from him that coaching baseball is coaching the game of life.

Any GMs you admire? There’s one MLB general manager who stood out for me, Theo Epstein. What he did in his tenure with the Red Soxs and Cubs was pretty remarkable. From a role model’s perspective, I enjoy watching local founders, presidents, and CEOs here in Sonoma County. Former Sonoma Raceway President/GM Steve Page was more than generous in making himself available to me. I am inspired by how he transformed Sears Point into a nationally recognized racetrack and how he has always connected with the community. I see the Stompers providing a great destination for people in Sonoma County and across the country. And we have great community partners and an internship program with eight local students learning all aspects of running a professional sports organization.

And when did you become a GM? I started in 2020. In 2019, we had our best year of performance, winning our Pacific League division. We were ready to field a team, we had all the partners, the sponsors. Then Covid hit. We thought it was only a few weeks, but in May we had to call to cancel the season. There was plenty to do, players, subscribers, etc. 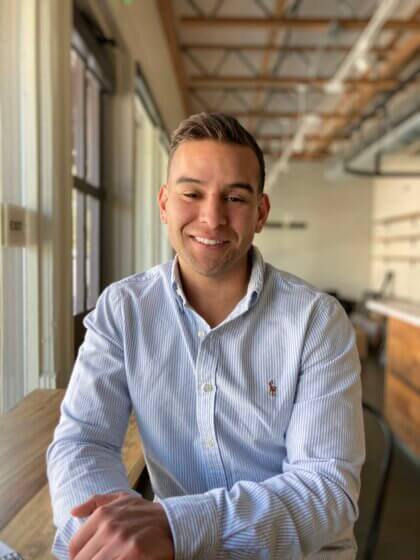 During covid? We still functioned as an organization. We tried to support the community. With KSVY, we made instructional videos with local Little League players. We distributed food at the springs. We took Rawhide – our mascot – to local restaurants to take photos on social media to encourage people to support them.

What was your background with the Stompers? I am quite a mate. My freshman year in 2010, I was at Allegheny College in Pennsylvania. Lots of firsts – the East, the snow, the first time away from home. I am the first in my family to go to university, and my mother always encouraged me to finish. She got worried when I transferred to Sierra JC. It was a tough team to field – even the Phillies sent a scout to tryouts. We were 3rd in the state. I beat .298. I was recruited on a full scholarship to Jacksonville State University in Alabama, where I earned a degree in Applied Manufacturing Engineering. Three guys from my team were drafted, but not me. But I turned down a job at General Dynamics for a career in professional baseball. That summer I spent four months traveling – from Alabama to Missouri, Michigan and Washington, forming teams that all folded. After the WA gig ended, I had spent all my savings, so I came home, but I wanted to keep playing. The Stompers called me, and after a 2.5 hour 90º training session, they said, “get dressed tonight”. We went to the Championship Series. It was a great start to my Stompers career.

Your future? I just learned that I have been accepted into the Haas School of Business at UC Berkeley. This is an evening program for working professionals. Pursuing my MBA gives me the opportunity to continue developing the Stompers. Long term my goal is to make sure the Stompers are a staple here in Sonoma and the rest we will see over time. 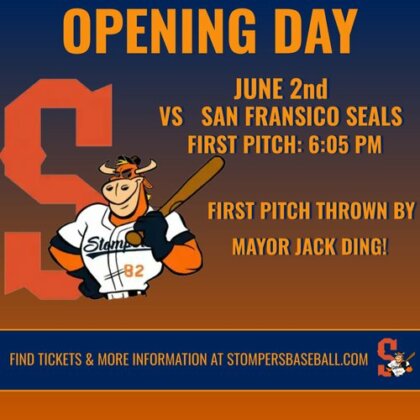