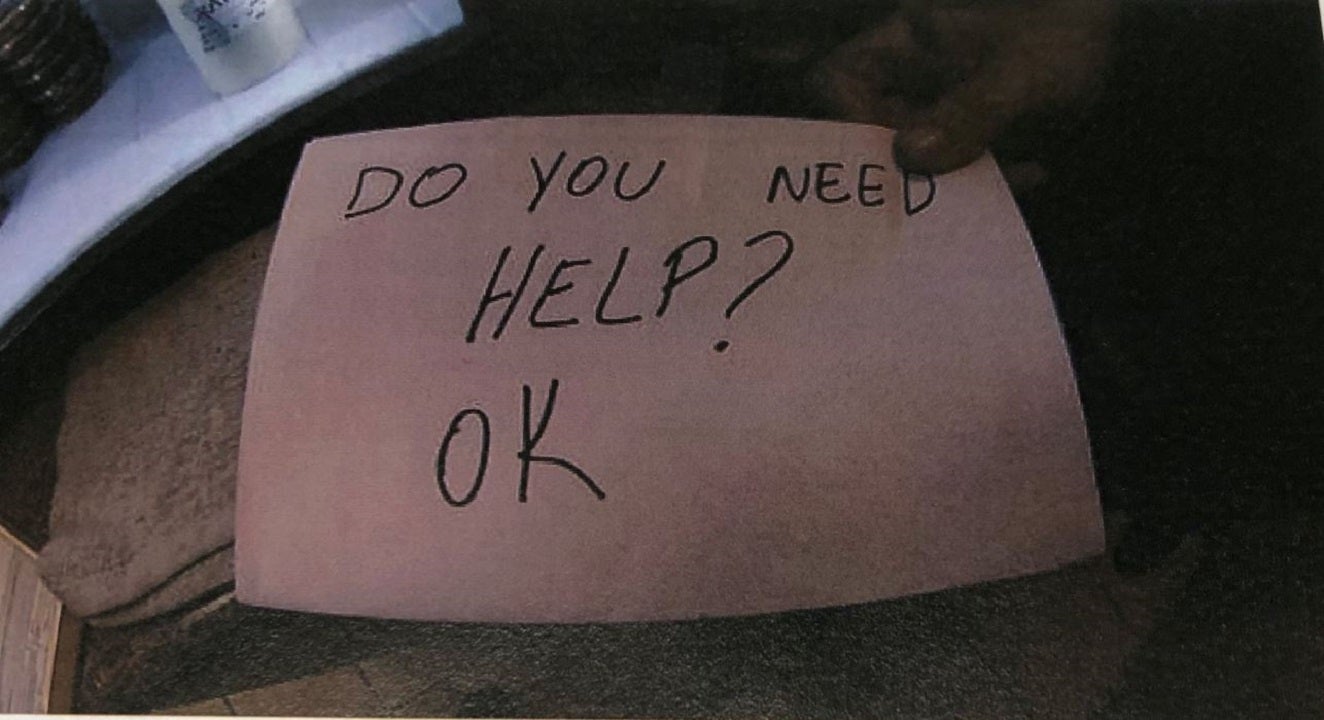 A restaurant manager whose intuition told him a child was in danger has received a huge tip for helping rescue the boy from an abusive home.

Flaviane Carvalho has been hailed as a hero for acting quickly to intervene at Mrs. Potato in Orlando, Florida on New Years Day. The waiter and manager suspected something was wrong when a family of four sat down for a meal and the young boy didn’t order anything.

Noticing bruises and scrapes on the 11-year-old’s face and arms, she discreetly waved at the boy – out of sight of the parents – asking if he was okay. The child nodded yes, but she wasn’t convinced. Carvalho tried again, writing “Do you need help? OK” and the boy reported that he had, prompting him to call 911.

Flaviane Carvalho recalls how she helped save an 11-year-old boy from a suspected abusive home.
(Orlando Police Department)

WESH reports that Ms. Potato Restaurant has since been inundated with support after the story made national headlines, and restaurant owner Rafaela Cabede has created a fundraiser to benefit Carvalho to say thank you. To date, over $38,000 has been raised from 1,100 donors, reaching an initial goal of $10,000 on GoFundMe.

Now the waitress and manager has said she plans to spend some of the windfall on debts accrued during the coronavirus lockdowns, and give some to her daughters as well. Paying it forward, Carvalho said she also hopes to start a foundation for children in need.

Local police said the rescued boy was doing well and had already started to put on weight. After his initial hospitalization, doctors determined the boy was 20 pounds underweight and suffered from serious injuries. Police further clarified that the child was subjected to various forms of abuse, including being forced to do planks for 30 minutes at a time. He would be beaten if he failed, they said.

“In the opinion of the lead investigator, this child was destined to be killed,” a police spokesman said.

There was no evidence of abuse on a 4-year-old girl, also having dinner with the family. Authorities suspect the boy was targeted by his stepfather, Timothy Wilson II, because he is not his biological child.

The Florida Department of Children and Families has since removed the two children from the home of Wilson and Kristen Swann, their mother. Wilson was arrested on suspicion of third-degree child abuse. He was arrested a second time on January 6 and charged with multiple counts of aggravated abuse and neglect.

Swann admitted to knowing about the alleged abuse, but did not seek medical attention, authorities said. She faces two counts of child neglect.

In a new interview, Carvalho said she simply did the right thing and called the child the true hero of the story.

“It was an act of God that he sat in the only seat in the restaurant where I could show him the bill without his parents seeing.”

Janine Puhak is a staff writer for Fox News Lifestyle.