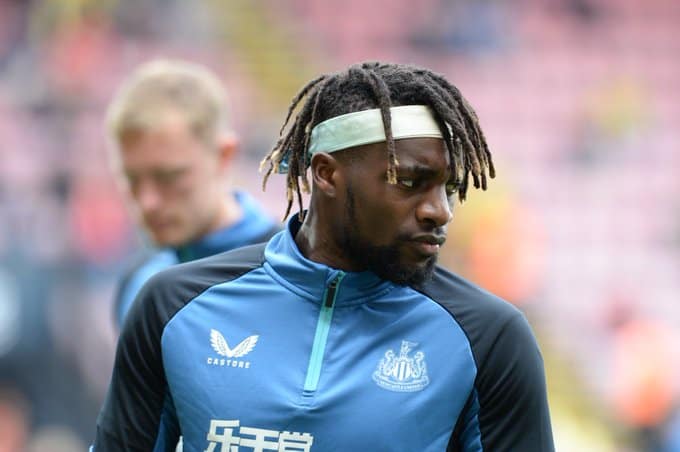 Newcastle has published images from Wednesday’s training session. It’s a mixed bag with one injured player returning but two still not ready to train.

The only positive is that Javier Manquillo has returned to training. The right-back picked up a calf injury in the win over Aston Villa which forced him to miss the game at West Ham last weekend.

Emil Krafth was the only in-form right-back with Kieran Trippier in the long term. The Swede has performed admirably but will face competition from Manquillo if he is declared ready to face The Bees on Saturday.

Unfortunately, Allan Saint-Maximin and Ryan Fraser were not involved today. Saint-Maximin missed West Ham’s draw with calf pain. He was kicked against Villa and failed to recover in time for the Hammers.

Ryan Fraser was replaced by Miguel Almiron on Saturday after receiving treatment on the pitch. However, it looked like Howe had already committed to the change before Ryan went down.

A statement accompanying the photographs revealed that Eddie Howe remains hopeful the two will be available for Brentford’s all-important game:

Ryan Fraser limped off at the London Stadium, with Eddie Howe keeping his fingers crossed for the Scotland international to recover in time for the clash with Thomas Frank’s side, while Allan Saint-Maximin is another injury doubt – although the Magpies remain hopeful he could still face Brentford, against whom he scored at St. James’ Park in November.