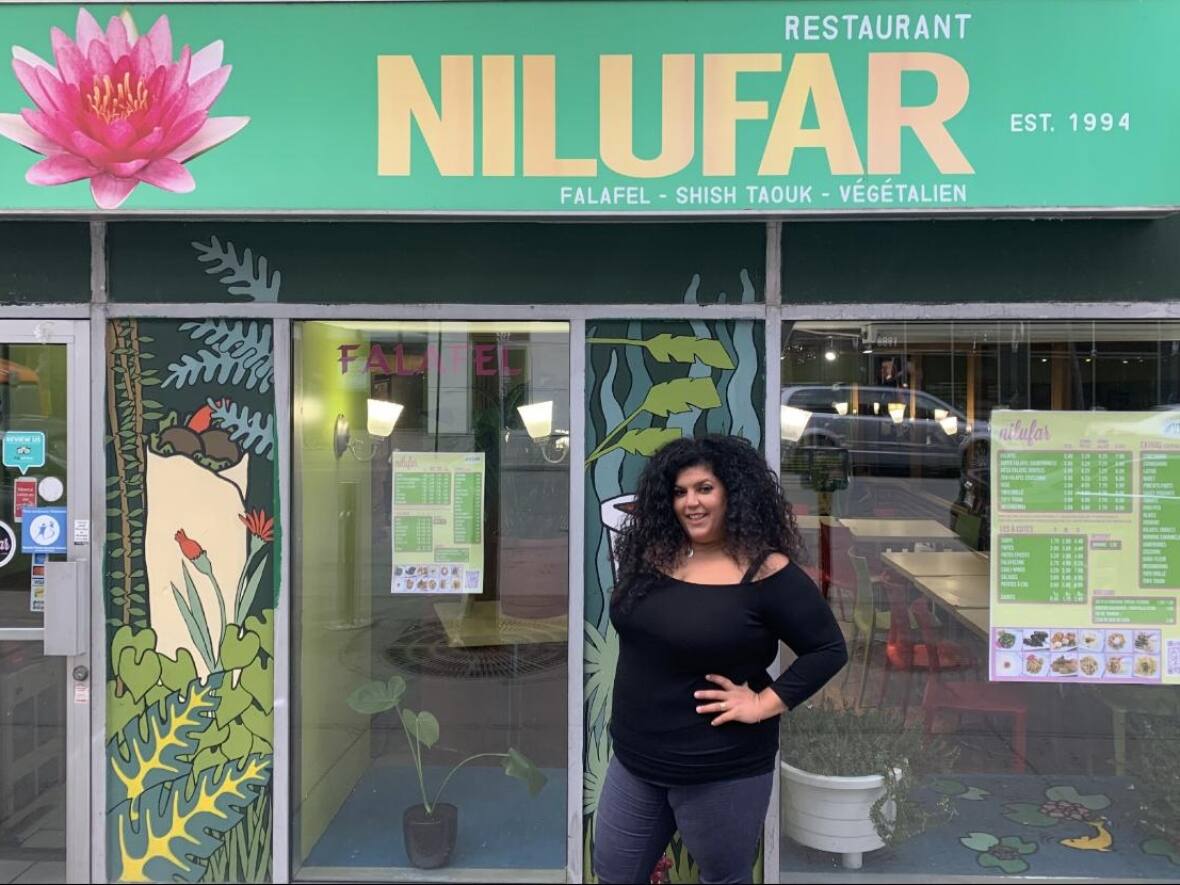 Nilufar al-Shourbaji woke up on Tuesday with confusing text messages while friends asked to know why the restaurant of his family, a pillar on Ste-Catherine Street in Montreal, closed its doors.

“You could have let us know,” said Al-Shourbaji, telling the texts.

“I would have liked you to talk to us before selling the place and I said to myself: ‘What a hell are you talking about?'”

His friends asked him why the Nilufar restaurant, which bears his name, was listed as available for online rental.

Announced at $ 3,170 per month for 950 square feet of Espace Commercial, the restaurant is located just west of rue St-Marc in the city center.

It is known to serve tasty dishes at exceptionally low prices, even now that the cost of living soar.

The restaurant opened its doors in 1994, selling Pitas to the Falafels for 99 cents. Today, it is possible to get a full meal for around $ 6, because the family believes that it is important to make food accessible to all – feed as many people as possible.

Despite the restrictions linked to the COVVI-19 that led to the closure of restaurants throughout the city center and the shortage of persistent labor, Al-Shourbaji said that his business was doing very well.

The owner says that his father rejected the long -term lease

It was therefore a surprise to see the online ad, with a price requested significantly higher than his family pays each month, she said.

And although the owner may look for a tenant with a deeper pocket, she said that he had never talked to her or her family potential rent before publishing online announcements.

For several years, the restaurant has been rented during the month.

The owner, Ziki Zaffir, said that his company had proposed to the father of Al-Shourbaji a long-term lease.

“He clearly said he was not interested because he preferred to retire and what we want, we want the long -term lease to a fair rent,” said Zaffir. “The guy also pays a very old low rent.”

Asked about this, Al-Shourbaji said that his family had not been approached for a long-term lease, and from what happened, she will certainly not agree with the owner now.

Glenn Castanheira, Managing Director of the Traders’ Association in downtown Montreal, said that it was the first time that he had heard of an owner who hired a commercial space without informing the tenant.

However, he has seen many aggressive tactics when it comes to increasing the rent, he said.

“It is not the majority of the owners of the city center, fortunately, but it is something that occurs more frequently that we would not want to admit,” said Castanheira.

Despite the economic difficulties that accompanied the pandemic, the city center has become an attractive and lively commercial sector and, “in a word, we are victims of our own success,” he said.

It attracts “massive investments” and the owners see this as a reason to leave a vacant space until a large company, generally a franchise, is ready to pay high rent, he explained.

Or, the owner can choose to wait for the value of the property to increase and simply sell the building, he said.

“A lot of these owners are holding these businesses hostage within their own business,” he said, because it’s so expensive, especially with a restaurant, to pack everything up and move.

“What these companies end up doing is they pay rent and they pay their staff, and they end up bringing home a meager, meager salary.”

Often he said, companies are forced to close shop.

The Nilufar restaurant is located in an area that has grown over the past five years, attracting investment and speculation, and Castanheira suspects there will be more cases of businesses being pushed out of the area.

But there are ways to help business owners remain in operation, he said.

The downtown merchants association wants to see new regulations on commercial leases, such as renewal clauses and pre-negotiated rent increases, he said.

The group would also like to see stricter rules when it comes to keeping commercial spaces vacant, requiring landlords to keep them sufficiently lit, clean and maintained for the next tenant to move in at any time.

“These are things that must be highlighted as soon as possible to limit these abuses,” said Castanheira.