The Ledbury Restaurant Review: Technically better, but where’s the fun? 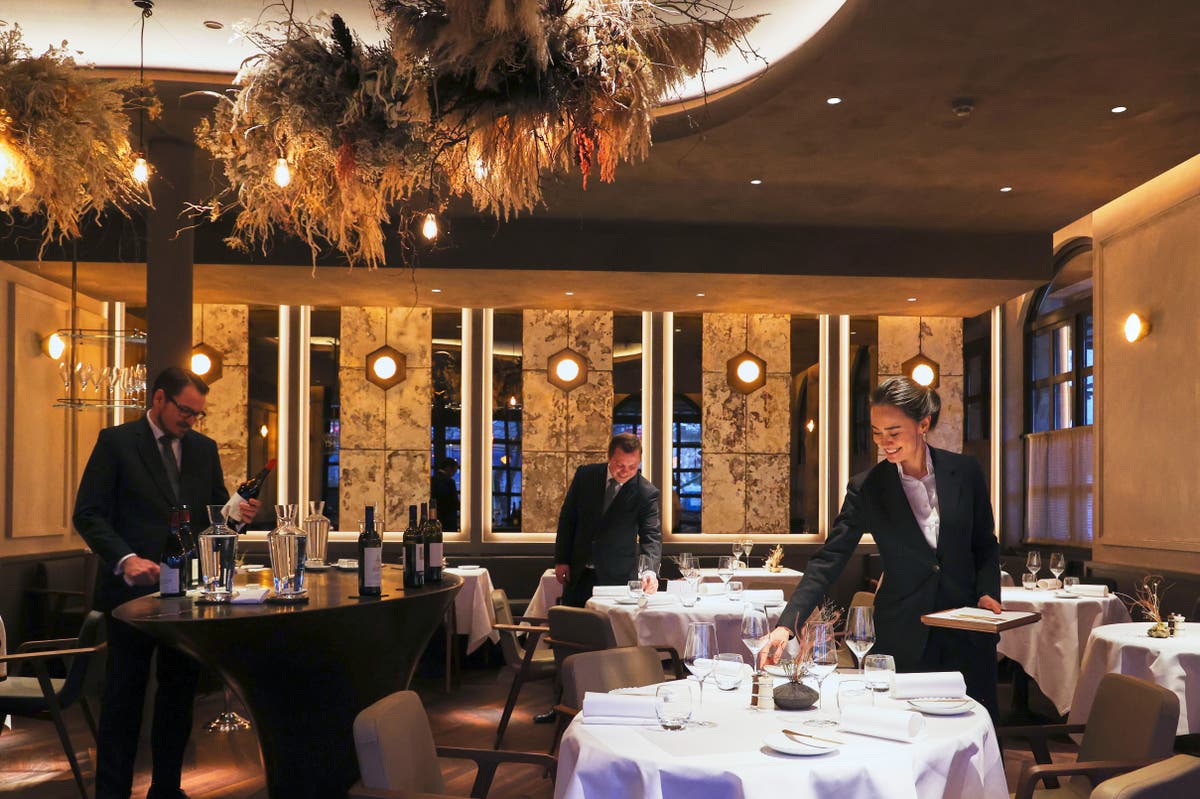 The Ledbury Restaurant Review: Technically better, but where’s the fun?

Truth be told, I wouldn’t mind finding a way to push my sentimental feelings away, given that I find them incredibly persuasive. They’ve pushed me through all sorts of scratches, romantic and otherwise, and recently took me to Brett Graham’s Ledbury after news of its reopening made me daydream, remembering one of the great lunches there -down, four years ago. The food and service were faultless; the bill was horrible. Luckily, I let my friends pay, which has long been my top tip for having fun.

“Expensive but almost perfect” was the reputation the place cultivated when it opened in 2005. In 2010 it had a pair of Michelin stars and in 2011 a reputation for fighting spirit – literally. That year, rioters broke in, so a chef picked up his rolling pin and took a stand. And then nobody messed with the Ledbury until Core by Clare Smyth opened around the corner six years later and stole the limelight.

The pandemic made it worse, so Graham said he would “shut down indefinitely.” A curious way of putting it – but he kept the keys, so we held our breath.

Anyway, it was with all of this in mind that I booked a month in advance a midweek table at 9:15pm, which was all they had left, the return of Brett & Co having been welcomed as heroes. Curse him.

There has been a radical change. Arrowwood flooring and (frequently ironed) tablecloths remain, as does a dedication to food as delicate and detailed as if it were porcelain. But the room, which you might have said was subtle – the way people interested in watching paint dry are subtle – has been transformed. It’s now one for the night, all mirrors, marble and soft lights, with everything in a light tan color, like the restaurant that just spent a fortnight on the chic side of Ibiza. It’s sexier, in other words; he’s a post-breakup Ledbury, glamorous and recovering from his ex.

The service, memorably led by manager Jeremy Harvey, was surprisingly good, the plates presented with the flair of an actor. So, uh, the food? Can you tell I bypass it? It would be silly to pretend that everything wasn’t cooked so well as to confuse – meals without a single mistake are more than rare (but try Sola for size). There were nods to sustainability and seasonality – retired dairy cow for charcuterie, mushrooms grown in the restaurant itself, obelisk of white asparagus. It was shameless luxury – a large wreath of caviar enthroned on mashed cauliflower, truffle flakes stacked like autumn leaves. Occasional moments suggested one of London’s finest talents at the helm of the kitchen: a dazzling orange slice of Hampshire trout had been cooked over hot coals, its skin a puff of beautiful smoke. Or the sweet Cornish crab, tossed in a frozen citrus snowdrift, sharp and shiny and wide-eyed. The Jerusalem artichoke pie, with its cinnamon soot, was alternately salty and sweet, and better for her. Glory shone in the distance. We never quite caught up with it.

After reopening, it is more sexy. It’s a post-breakup Ledbury, all glamorous and coming back to his ex

What is my problem? Probably that damn sentimentality again. The place has probably gotten better these days – better dressed, more thoughtful food – but somewhere in this whole quest for grandeur the idea of ​​a meal as a joyous thing seems to have been forgotten. At £185 a head and £120 for matching wine, a bill here is likely either an endorsement of your success or a time to reconsider various life decisions. I left feeling oddly hollow and very poor. Nor the feelings for which we want to pay.

Later in the week, for the same price, four of us went to the Ritz. And I thought – casually, I guess, but maybe you see what I mean – that if this was the last lunch before the air raid sirens sounded, there would be nowhere where I would rather go. And then I thought: I guess I’ll never go back to the Ledbury. There will be many fans of what he has become, and deservedly so. Me? I miss the old place. I had fun there.