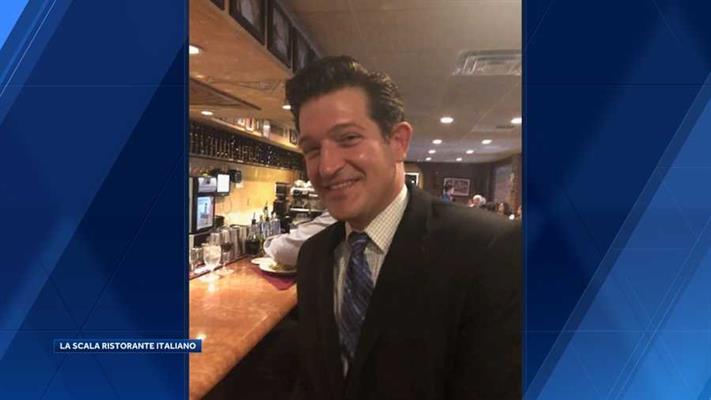 Patterson, the general manager of La Scala restaurant, was found suffering from a gunshot wound to the chest in the 1700 block of Eastern Avenue around 12:30 p.m. on January 24.

Patterson was taken to Johns Hopkins Hospital where he died. Homicide detectives have taken over the investigation.

Police say Wise tried to escape after being questioned by detectives. Wise was apprehended and transported to Central Booking.

Baltimore Police Commissioner Michael Harrison said Wednesday there was another suspect. This individual was reportedly murdered earlier this month.

Wise has been charged with first-degree murder, police said. He is waiting to see a court commissioner.

Break–@BaltimorePolice announce the arrest of Samuel Wise, 22, in connection with the January 24 murder of La Scala restaurant manager Chesley Patterson. Wise apparently tried to escape after being questioned at police headquarters last night, but was caught pic.twitter.com/3C5VsZOmCh

Patterson’s family speak out after his arrest

Following news of Wise’s arrest, 11 News spoke with Madison, Patterson’s niece, who lived with him for a few months. She said it was still hard to believe he was gone.

“It sucks to know that someone else had so much hate that they took a person like that off this earth,” Madison Patterson said. “He was like my safe space, and it was really hard to lose him. Honestly, I just felt numb.”

Patterson shared the special times she and her uncle spent together.

“Chesley saved my life. I was in a really bad mental state, and he just gave me the boost I needed. He was big on forgiveness, he was really funny,” said she declared. “He was a great person. He was really caring and he was the kind of person who would give anyone the shirt off his back.”

Patterson said the arrest is great news, progress that something is being done.

“It’s a bad situation, but it’s the best news we’ve had so far. At least to know that something is being done,” Patterson said.

Patterson said she appreciates the hard work of detectives on the case. She said all she could do now was use what Chesley had taught her to improve.

“I just want an apology and I don’t know if it’s likely but honestly I feel like my family deserves it and most importantly Chesley is the only thing. I just want justice be made for Chesley,” Patterson said.

WBAL-TV 11 News also spoke by phone with Chesley’s mother. She said she was grateful for the hard work of the detectives involved in the case.

Baltimore City Councilman Zeke Cohen released a statement in which he said: “Chesley Patterson was one of the nicest people in the world. He was murdered in cold blood on his way home from work. This callous disregard for human life cannot be accepted or tolerated. We are grateful for the good detective work that led to an arrest in this case. I am also very grateful to our community for their continued support of this investigation. and his commitment to justice.

“If sentencing, my office will work with neighbors, the state’s attorney’s office and the South East CRC to coordinate a community impact statement demonstrating the horrific impact this crime has had on the family. of Chesley, all of us who knew him and our entire community. We must not accept the normalization of violence in our city.”

The article is invalid or no longer published.