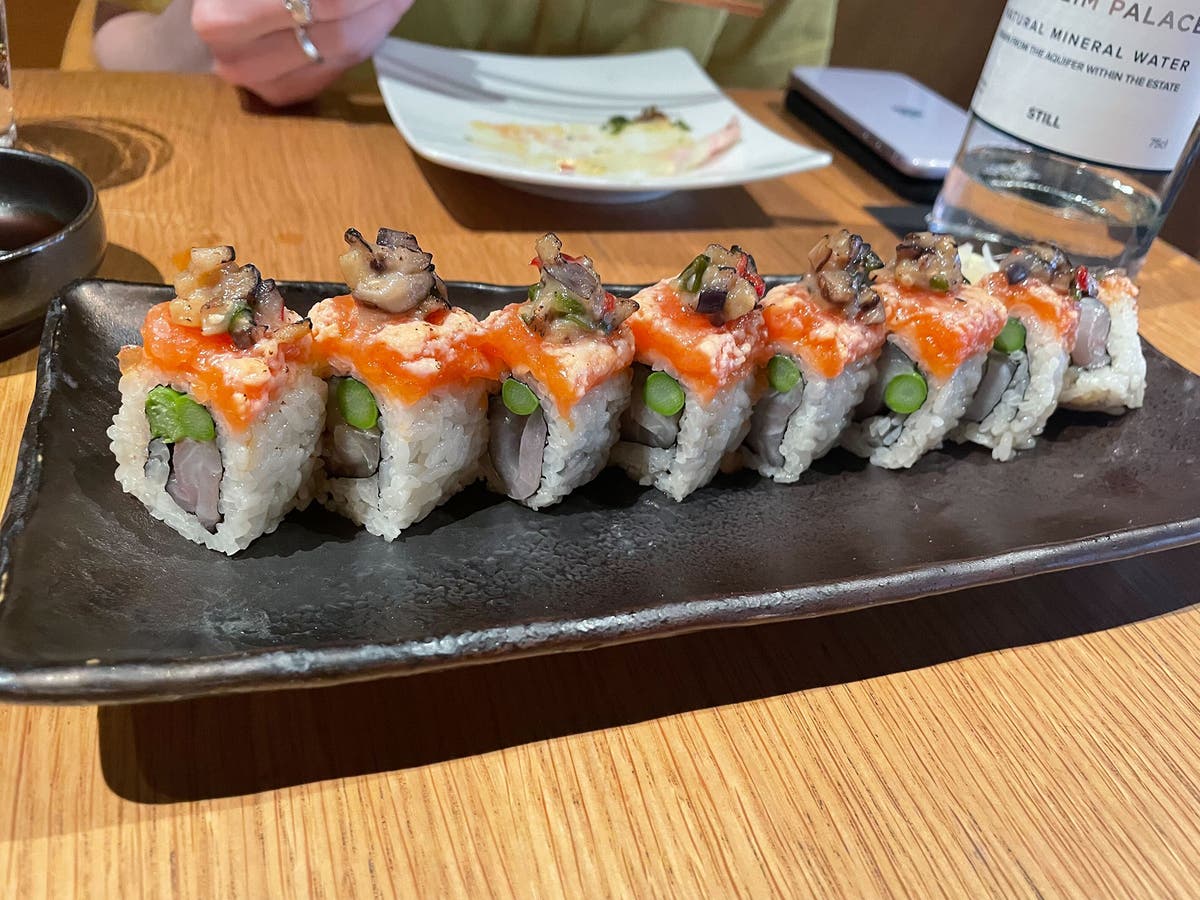 Please forgive me. I’m always late to the party. So when I first heard the words “Japanese-Peruvian” spoken in the context of fusion cuisine, the skeptic in me bristled. “Fusion?” I complained. “Very few ‘fused foods’ are actually good. I bet it’s crap.

Well, hit me in the face with a tortilla (according to the TikTok challenge), because Japanese-Peruvian food is truly amazing. It’s also been around for well into the last decade, so I’m about 12 years late to the party, a new high for me. But better late than never, huh?

It was Chotto Matte in Soho who revealed to me the pleasures of this marriage between East Asia and South America. The sprawling three-story establishment, which includes a cocktail bar, a la carte restaurant, sushi bar and robata grill, has been feeding Soho revelers for nine years.

Admittedly, the interiors look pretty tired – they’ve seen a lot. The chairs are low and look like a million bums have sat on them (which is probably correct) and the lackluster floors have been crossed an infinite number of times.

But the food always dazzles at Chotto Matte. The zesty, spicy nature of Peruvian cuisine lights up the palate and brings the umami flavors and smooth textures of Japanese sushi even more to life. Even as a skeptic of fusion cuisine (with good reason – the mid-2000s was full of terrible fusion restaurants hurtling towards disaster), I have to say this is definitely a good deal.

As expected, fish is the star of this partnership, with ceviche, sashimi and sushi galore. Chotto Matte’s repertoire of fish dishes is extensive, which can be a concern in some places, but not here. The sea bass ceviche is swimming in a sauce that makes you want more, while the spicy tuna roll that sits on a bed of crispy rice is a delight. Putting a whole thing in your mouth can be a little risky, but worth it in my opinion.

One of my absolute favorite things on the menu was the black cod aji miso, a beautiful and generous piece of black cod marinated in white miso then cooked on the robata grill. The perfect bite includes a caramelized wedge of the fish with a big chunk of soft, tender flesh. Heaven!

We were also served a dish of pollo den miso, which is chicken marinated in miso and topped with a fresh garnish of carrot, daikon and yellow chili yogurt. Unfortunately, it was a rather forgettable dish – stick to the fish, I would say. Honestly would go back for the black cod alone. And also the ceviche. Maybe also the spicy tuna, if I have space…

Speaking of space, it took a little break between courses before we had room for dessert. The magic chocolate ball is a beautiful restaurant theater piece. Who’s sick of seeing hot sauce being poured over a chocolate dome, melting it to reveal a delicious pudding inside? Although after eating so much fish, a refreshing green tea ice cream would have been perfect.

Chotto Matte is a centuries-old Soho institution, and it’s a good thing its owners knew it was overdue for a refresh. The restaurant was temporarily closed for renovations and promised to reopen with a dramatic makeover by September. But you don’t have to wait three months for your Japanese-Peruvian fix, as Chotto Matte recently opened a second London branch in Marylebone, offering new dishes such as fatty tuna and robatayaki salmon.