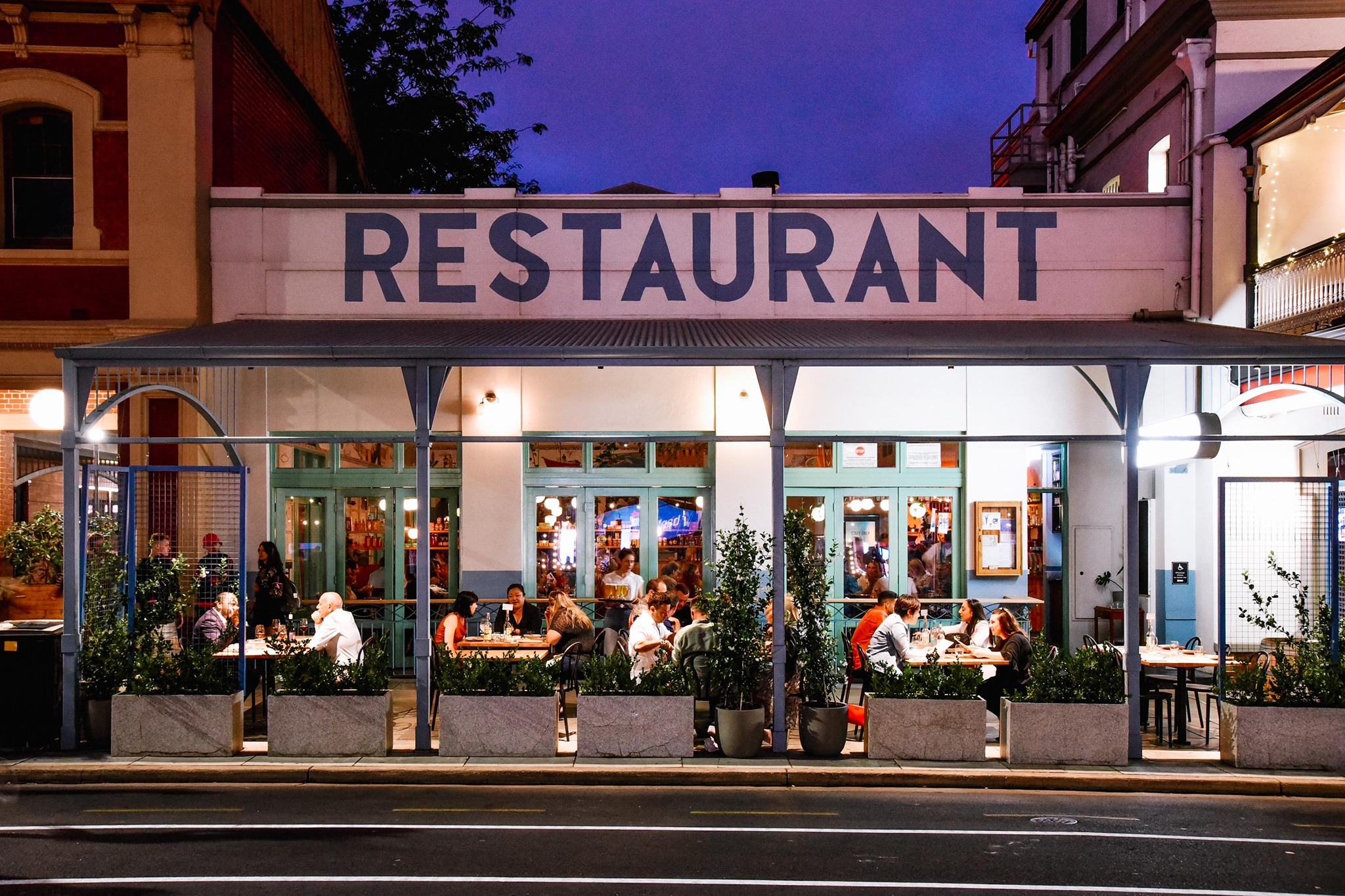 The deer. This is one of those pubs that most of us have frequented in its prominent corner of the city’s East End.

Trading since 1849, The Stag has had many faces. It began life as an inn that served the nearby East Terrace stockyards and East End produce markets for over a century, evolving in its heyday in the early 2010s into a pub and no-frills steakhouse – giving itself the mantle of Adelaide’s worst vegetarian restaurant.

At one point they almost renamed the building Fat Stag, while later renovations promoted it as a much friendlier establishment with a dining room called Vardon and its own champagne bar.

Talk about an identity crisis.

Today, it’s simply The Stag. It’s not difficult and you can count on respectable pub food, good beer and service from one of the best in the business – The Big Easy Group – who took over the venue in mid-2018 and now also operate a group of well-known and entertaining venues around town, including Anchovy Bandit and Bottega Bandito in Prospect, Nola in town and Bowden Brewing at Plant 4.

Although not officially the same business, the adjoining dining room has always been part of The Stag and has had many faces as well, but some of them don’t stick around for long. In its latest iteration, the slick and chic Charlick’s has positioned itself to become one of Adelaide’s fashionable foodie destinations around the same time that Africola and Bistro Blackwood were at their culinary peak. Six months later, Charlick’s was out and there was a new face in town.

So let’s talk about Yiasou George: it’s clearly Greek, with strong Mediterranean roots, but there’s something largely continental about this style. A thoughtful cosmetic upgrade makes the interior feel fresh like a seaside tavern. Whitewashed walls and various shades of aqua brighten up a large split-level dining room, with good use wood and marble that keeps things upscale.

George’s shelves are filled with a European pantry of jars, cans and bits and pieces, and there’s a decent amount of greenery hanging from the vaulted ceiling. The hand-painted murals add a huge amount of character: some are iconic, depicting architecture, landscapes or deities, and others are simple sketches depicting food in its various formats, but some seem to be there Just for fun. George is clearly into it.

In the corner is a blazing wood-fired oven surrounded by a small open kitchen; fire plays a role in the creation of many of George’s dishes, with a dedicated chef working the flames during service.

Pita with tzatziki check out the boxes awaiting, the bread so freshly baked it barely loses air from its puffy center as it lands on the table covered in a towel to keep it toasty warm. Even without the dip, this has a delicious flavor and better texture. Typically a humble (and often watery) dip, this thick, silky, tangy tzatziki hits all the right notes, enhanced by fragrant basil oil and chopped mint. It’s already clear that George doesn’t have to be picky to be good.

On the seafood side, the Goolwa pipis showcase the flavors of the ocean, with roughly chopped tomatoes loosely combined with chunks of spicy nduja – an ingredient borrowed from Italian cuisine, but certainly has its place here. It is a very simple preparation, with these two ingredients thrown between the shells of still steaming cockles. More pita bread is provided for pick up – this time the bread was quickly toasted on a grill after baking to add a little smoky flavor to every bite.

Next comes the saganaki. I’ve tried this countless different ways between here and Santorini – from dry to greasy, cold and chewy, to burnt and overly salty. But not at George’s. It is here that I learn that George is not only a great cook, but also a teacher, discovering tonight that saganaki is not a cheese at all, but rather the name of the pan used to cook the cheese. The cheese is called kefalograviera and is made from goat and sheep milk.

Either way, this version is gorgeous. The cheese is a delicious sweet-salty balance with a tangy, nutty interior; it arrives in its saganaki pan straight from the oven, surrounded by a pool of sizzling, aromatic honey. This season’s ripest figs are lightly roasted and piled on top with a light sprinkle of dried oregano which imparts its typical bold, earthy scent and flavor, grounding and balancing this sensational little dish. It’s gone in 60 seconds, but luckily the sector is about to arrive.

The saganaki is sensational.

A decent slice of lamb shoulder is served boneless, layered on a bed of barely cooked Ngeringa greens and cauliflower florets. Organically grown, the vegetables are tasty on their own, but it’s the hero of the dish that makes us thank the Greek gods for their offering. The lamb was slowly roasted over an open fire to the point of barely holding its shape, breaking into delicious chunks of meat with minimal encouragement from cutlery. It comes in a juice of its own making, the only other additions a plain yogurt to add a creamy layer to the mix and a wedge of lemon for those who like a little zing.

A good slice of lamb shoulder is served with delicious organic green vegetables.

But the Yiasou experience is not limited to food. It’s a fun atmosphere, clever design, and bright, entertaining characters working in the kitchen and floor that make this dining experience feel like a party (shots of ouzo and all).

It’s clear from tonight’s meal that while The Stag and its dining concepts may have changed over the years, George knows exactly who he is.

Increase your impact by doubling your donations

When you pledge to make a regular weekly, bi-weekly or monthly tax-deductible donation to InReview, each scheduled donation will be matched by Creative Partnerships Australia. That means you’re supporting twice as many InReview stories to order, edit, and publish.

This article is supported by the Judith Neilson Institute for Journalism and Ideas.