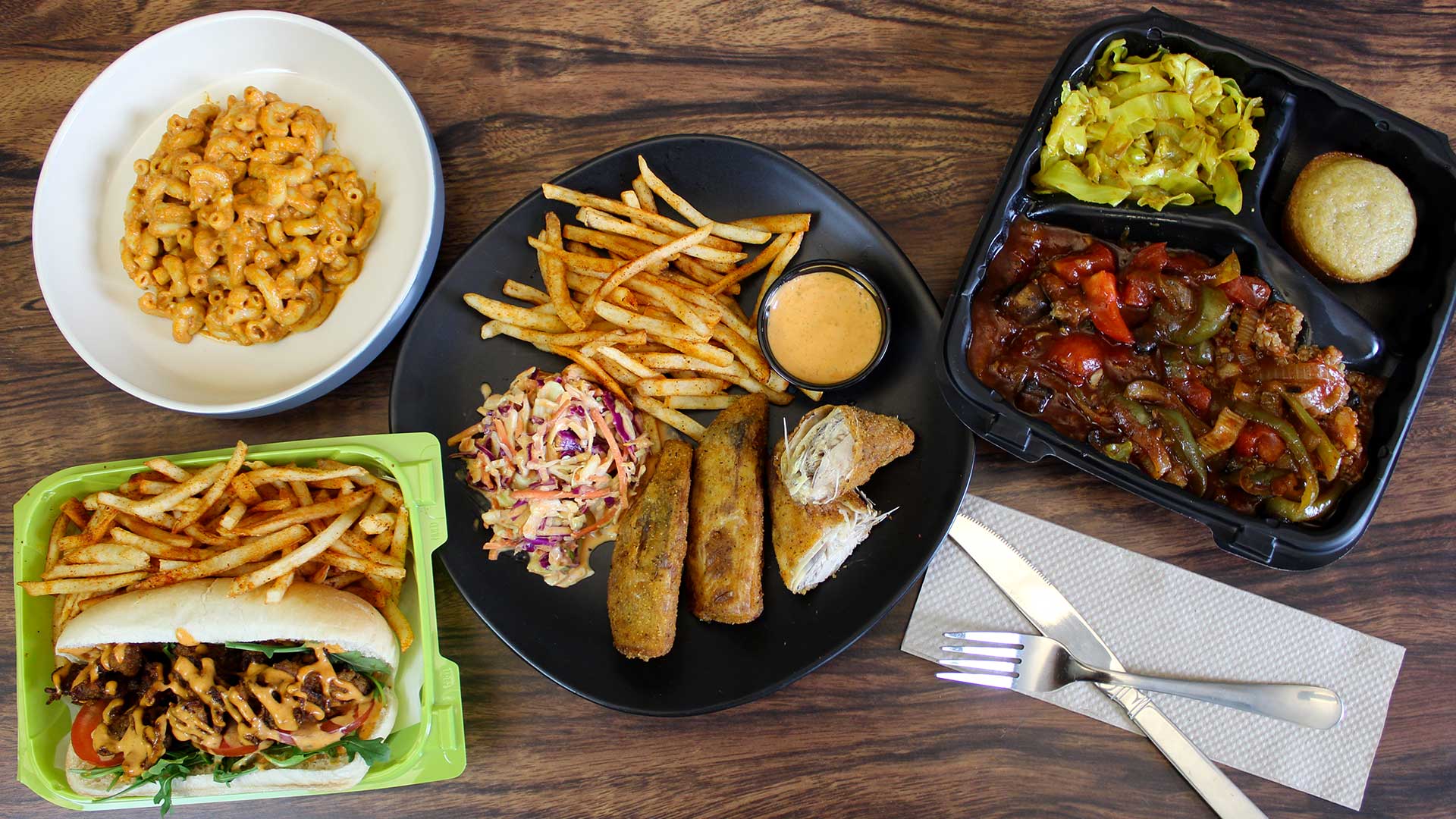 Willowbeez SoulVeg has a fun name to pronounce. It is a colloquial version of the surname of its founders, the Willoughbys. The factory-centric project began as a modest Saturday pop-up operation at 400 West Rich. As its reputation for good food grew, so did its outlets, and Willobeez expanded its line to farmers markets and places such as Hills Market.

But in the spring of 2021, he went all-in on the North Market Downtown. Willowbeeez has permanent digs in place, meaning its creative take on plant-centric dining can be enjoyed any day of the week. And Willowbeez isn’t just plant-centric; it’s plant-based soul food.

Outside of greens and yams, soul food is generally not seen as a particularly vibrant scene for vegetarians. More often than not, soul food is defined by something like fried fish or chicken. Bridging the two culinary categories requires creative sensibility.

And that requires a bit of simmering.

Simmering both figuratively (it takes a bit of thought) and literally (there is also a long cooking). After all, one of the things that makes something like soul-food vegetables so good is the commitment to a long and tender cooking process. Willowbeez Channels approaching in its BB Jerk Bella ($14). It features elements that simmer in a base that blends elements of smoky barbecue and peppery jerk, with a mix of chunky sweet onions and peppers, tomatoes and mushrooms, plus quinoa and beans. The end result is veggie-centric, but undeniably robust and filling.

Of course, Willowbeez does more than just simmer. As mentioned, soul food also traditionally involves fried things, and Willowbeez has that too. Diners may be familiar with the classic Po Boy sandwiches which are built on the glory of oysters stacked in a bun with remoulade. At Willowbeez, the alternative is a rich boi ($12), built on oyster mushrooms that create the base, offering the perfect alternative: sweet-fried globs, they pack with both the crunch and the savory, velvety chewiness of oysters. Arguably, mushrooms are positioned to be even more enjoyable than the original oysters, because bivalves can be weird if you think too much about what you’re eating.

So the mushroom substitutes in their crispy sweaters are piled into hoagie bread with arugula and sliced ​​tomato, then drizzled with tangy Cajun remoulade. It is served in a classic style with hot fries.

Sticky in the fried department, there’s also a No fried fish ($12). The offer is not a processed fake fish product. Instead, it’s fried banana flower, which is exactly what the name implies; no fish. The flower grows from bunches of bananas. So it’s not the banana part, it’s a flower attached to the bananas. It also doesn’t taste like bananas, and it doesn’t necessarily taste like fish either. It’s neutral, but with a layered texture, and it’s an interesting medium for a fried treat. Not as sweet as the oyster mushrooms, but the flowers are always a good conversation starter, again served with fries and coleslaw.

Appetizers like the BBJerk Bella come with usable cornbread and a choice of sides. The gently cooked cabbage curry is a nicely compatible vegetable addition, and it’s a signature dish. That said, consider adding an additional command of Mac and please, which is the cheese-free version of the house classic. It retains the sweet, savory characteristics that define comfort food…even without dairy-based cheese ($5 or $8).

You’ll find Willowbeez, and its version of vegetable-based soul food, in the North Market at 59 Spruce St. Downtown.