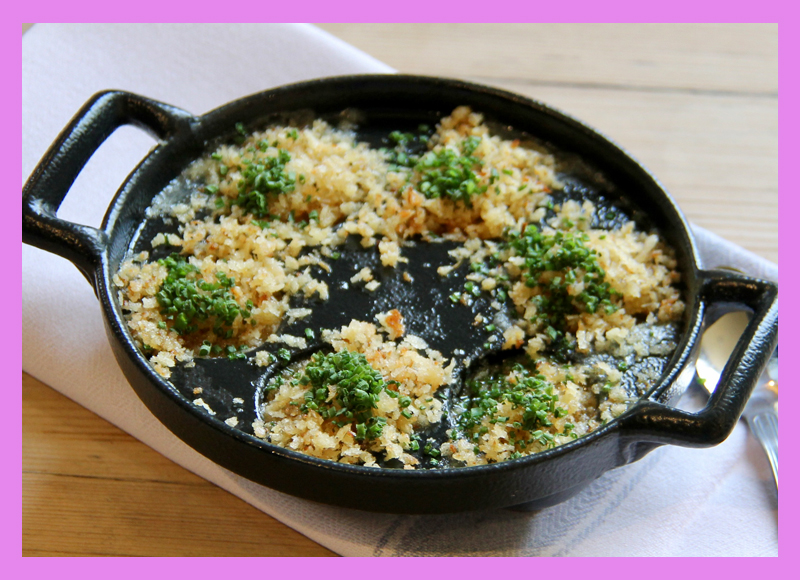 Tom’s rainy day in Berkshire is brightened by pub grub, a step up from The Beehive’s standard gourmet cuisine.

There’s a cricket ground just opposite The Beehive in White Waltham, a small Berkshire village halfway between Windsor and Reading. But this being a typically soggy May day, the rain stopped the game a lot. Hey ho, there are worse places than this eminently civilized pub, with a real bar, comfy chairs and the kind of menu that promises food a few notches from the standard gastropub.

Which makes sense, because the chef-owner is Dominic Chapman, not just a scion of a great family of cooks (his father Kit is the man behind the Castle Hotel in Taunton), but a man who was trained by Heston Blumenthal (at first at The Fat Duck, later returning to direct The Hind’s Head) and Rowley Leigh (at Kensington Place). His cooking is somewhere in between, precise and inventive, but also classic and daring.

Wild Garlic Soup, at the last breath of its season down here, is as sweet as a Roger Moore apart, with a faint growl of allium, and crisp, sharp apple slivers and chunks of apple. eel, rich, sweet and smoky. a few croutons add fried crunch. There’s a lot going on but it’s beautifully put together. My friend Katie (local and last seen at The Greene Oak) has asparagus, some naked, some wrapped in a thin shortcrust pastry, with an airy parmesan mash. Again, the techniques may be high, but the flavors meld happily.

Half a dozen Dorset snails (I love those) wallow in Gorgonzola-soaked garlic butter, a combination that seems, at least at first, brutally and energetically pungent, but grows quickly softens and mellows into something rather lovely. A Hereford steak pie turns out to be an exquisitely shaped pithivier, golden flaky pastry, richly intense meat and, for leafy balance, a fricassee of buttered peas and little gems.

The sea bream is perfectly cooked, scalloped with brown prawns and fried rice noodles, and surrounded by a dark green pool of lightly flavored Thai curry sauce. It whispers, rather than roars, more caress than punch.

Even the tomato salad, served at room temperature (hooray!), sees the fruit skinned before being sliced. La Ruche is that kind of place. Where technicality and attention to detail come together with unabashed flavors and innate culinary intelligence.

Chic but not pretentious, with service to match. A hive, therefore, with more honey than sting.