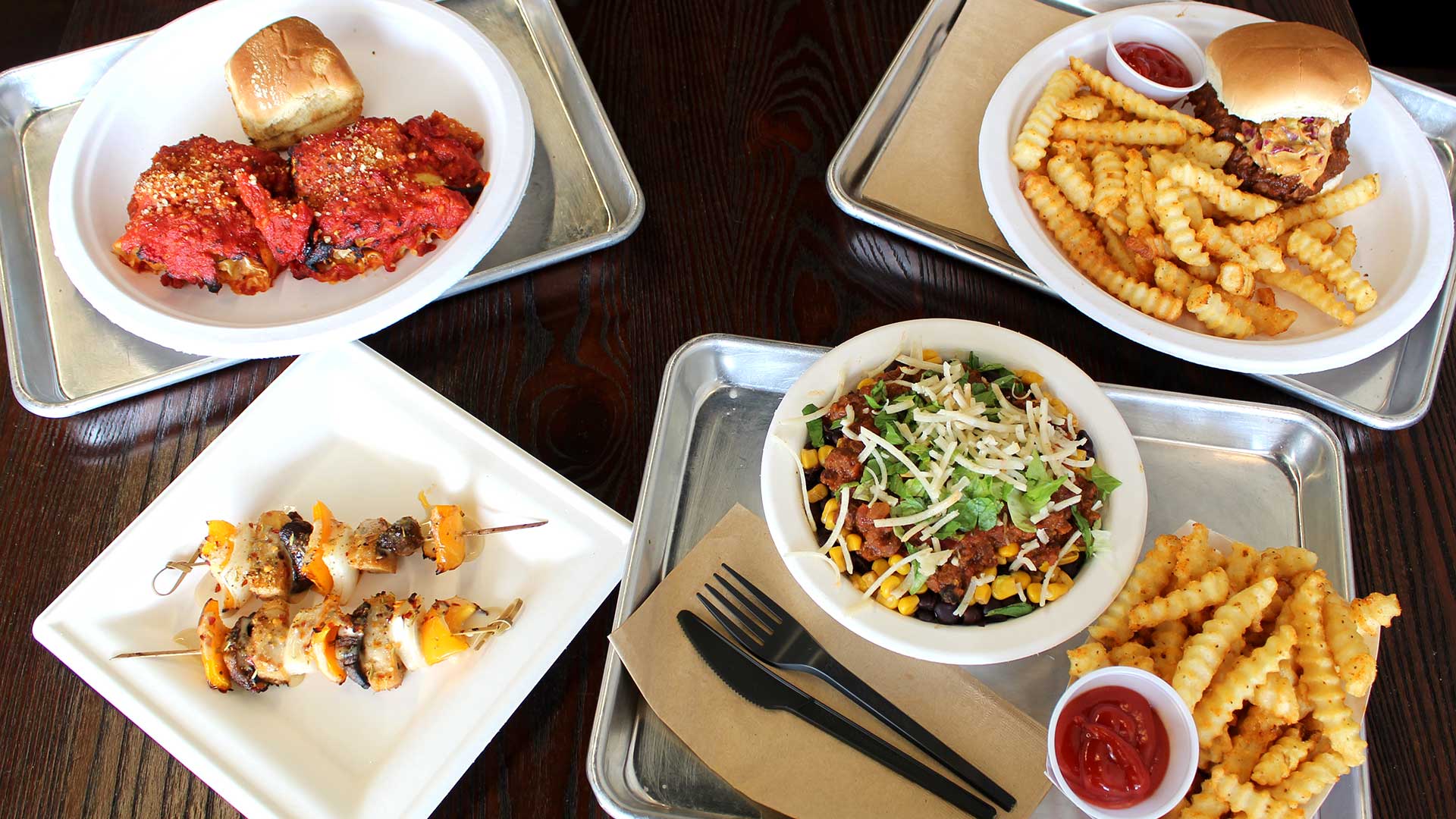 Can’t Believe it’s Vegan, or CBIV for short, is the kitschy title of a new project on the North Side. As the name suggests, the joint serves vegan food. And while savvy diners recognize that plant-based foods have come a long way in the past two decades, there are likely plenty of diners with less experienced palates. The name CBIV is for those skeptics.

The restaurant is a cheerful place where diners can graze under the watchful and innocent gaze of portraits of cows and pigs. At the CBIV, cattle have their place on the wall, but not on the table… or rather “on” the table. CBIV is taking a similar approach to a growing collection of accessible vegan operations, such as Seitan’s Realm and the currently suspended Eden Burger project. They use flavor combinations of popular meat dishes and incorporate plant substitutes for animal products.

According to the internet, lasagna is one of the five all-time favorite dishes in this country, or at least the meat version. It’s easy to see why. The classic lasagna formula includes a mix of meat, cheese and red sauce – the same important ingredients found in pizza. Of course, vegans don’t make meat or cheese. So that could well mean a world without lasagna.

Again, substitutes have come a long way. CBIV offers lasagna rolls with the required heat using large amounts of vegan cheese and sauce. And there’s also an element of crumbly faux meat wrapped in the pasta. It’s a good vegan offering, but it’s also $18, which puts it at the higher end of the menu price. If you’re not a lasagna lover, there are options that offer better value.

Take into account BBQ jackfruit sandwich ($13). Because it has a neutral flavor and is naturally fibrous, jackfruit has been widely praised for its impressive imitation of shredded meat. In this case, the kitchen seasons it with a tangy barbecue sauce that defines the flavor (which is much the same as barbecue sauce does with pork products). It comes with a crispy coleslaw on a soft bun and some homemade fries. It is good value for money and a good use of jackfruit.

All main course options usually include some sort of component that plays the role of meat. In some cases, it’s jackfruit or tofu, in the case of CBIV skewers ($11) is a product designed to replicate chicken. The pieces have a grilled chicken flavor, although the texture is noticeably different. The other elements of the kebob (red peppers, onions, and mushrooms) work with the combo to add appealing textures and flavors, as well as a tahini sauce that has a hint of maple sweetness.

The burrito bowl ($14) is great fun, a jumble of rice, black beans, lots of corn pops, lettuce, vegan cheese, and a ground beef substitute. Of all the dishes, this is the one that most closely resembles a conventional dish.

That said, there are good reasons to celebrate what CBIV is rather than what it isn’t. Sure, its products aren’t meat-based, but they’re well put together and served in a cheerful environment: that sounds like a good reason to visit. CBIV is located at 584 W. Schrock Rd. in Westerville.