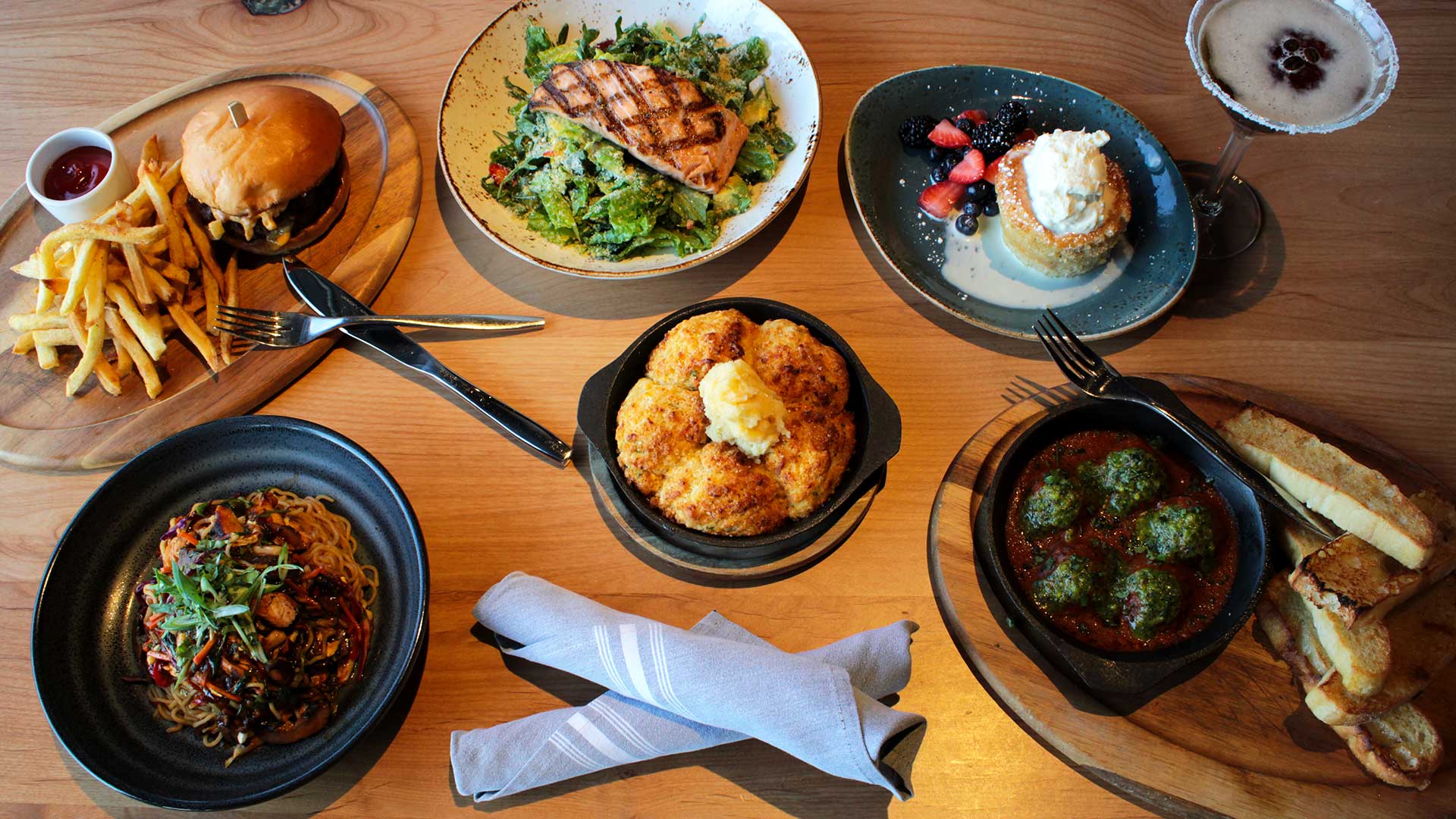 Kitchen Social is well on its way to entering the big leagues. He set up his first restaurant project in the Polaris neighborhood in the pre-pandemic era. Unfazed by the protracted dangers that have made restoration operations difficult, the first Social launched a Bridge Park spawn last November. And a third site is set to open in Cleveland.

Kitchen Social relies on the expertise developed by veterans of the Bravo/Brio empire. This gives the project a built-in finesse with open ceilings and a lively, rushed team. There’s plenty of natural light streaming through its panes even on gray days, and interesting light fixtures that mix a modern geometric design with something akin to a Gothic sconce.

Cookies are popular for good reason. First, these are hot cookies. Everyone loves hot cookies, it’s easy. That said, the kitchen puts a bit of effort into these steep wonders. the Cheddar + Shallot Biscuits are served, golden and shimmering, in the confines of a trendy black skillet accompanied by a mountain of honey butter. While scallions and honey seem like an unlikely combination, the dish is more defined by the other elements. Namely: the magic when butter and biscuits are one. And at $7, that sounds like a lot of joy for the money.

Beyond the cookies is a menu that promises a mix ranging from pizza to tacos to tempura. Those promises might breed expectations of something like Applebee, but Kitchen Social does better than that. It draws a line between largely likeable and creative that keeps things interesting in unexpected ways.

So while there may be common menu standards, you will also find Eggplant Meatballs ($11). There is no meat in meatballs; they are eggplant balls. And the eggplant brings its A game to the table with the sturdy, hearty texture it gives the globes a bit of heft. They are served with a combo of aromatic tomato sauce and arugula pesto, along with focaccia to accompany each bite.

Pimento cheese is generally popular right now. At Kitchen Social, it appears in the In the burger section: there is a Chilli cheese burger ($15). Built on angus, it’s a double patty burger with chili cheese covered in a thick layer so you know it’s there. Cheese isn’t just a gimmick, it’s a luxury contributor, and it’s paired with the salty-sweet kick of candied bacon, which pretty much tops off the whole combo. The heavy hitter is served with fries on the side (although a side salad is an option).

Being a hardcore Caesar fan, but not a Caesar purist, the Caesar of Sonoma ($7) offers a welcome twist on an age-old tradition. The salad has the requisite crunch of romaine, but from there things take an abrupt turn with the addition of avocado, arugula, chili peppers and a dusting of pesto breadcrumbs. It’s more Sonoma than Caesar, but it’s a salad worth eating. If you add a tidy slice of grilled salmonn ($8), and this can replace the required anchovies.

Continuing the visit, Szechuan Noodles ($14) is a nest of soft noodles, julienned carrots, mushrooms, chili peppers and chicken and a szechuan sauce that adds flavor to every bite. It is slightly spicy, as you would expect in a Sichuan dish, but not so much that it takes on water. It’s a solid performer, but probably a one-off order. There are too many other things to explore.

As for drinks, there’s a full bar with a list of thoughtful house cocktails, including the Socially caffeinated, a blend of vodka, kahlua and cold brew coffee with a sugar rim. And for dessert, you’ll have the opportunity to score a round of Brown butter cake ($6), perfectly sweet and buttery, served with a puddle of custard, extra rich mascarpone cream and a small heap of sliced ​​strawberries and blueberries.