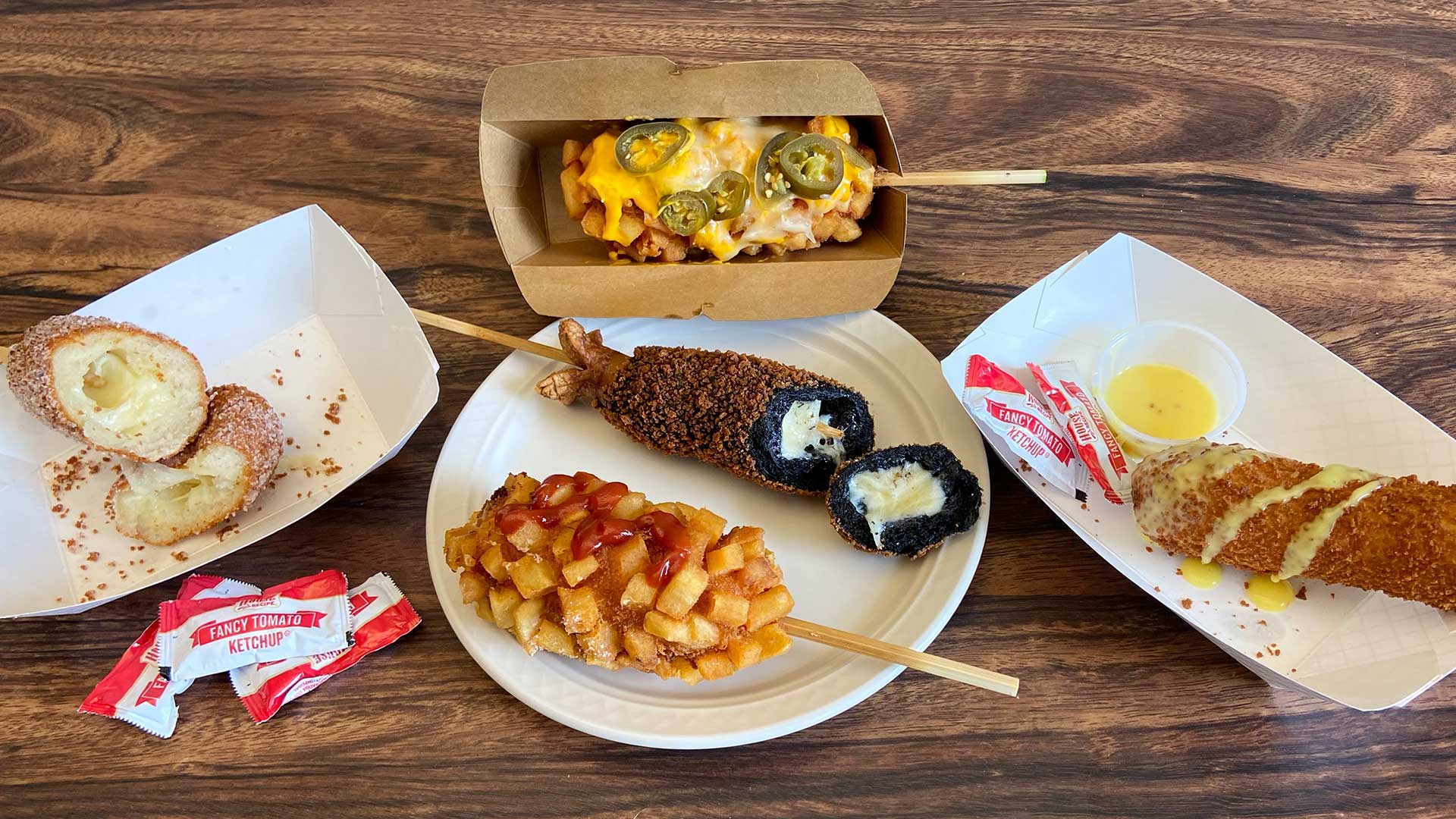 While summer in Ohio is the season for food on a stick, Myungrang Hotdog is well positioned to deliver the treat year-round with its Korean-style artisan corn dogs sold from its new location in the Short North .

Although new in town, dogs have been trending for a minute here in the United States. Bon Appétit has declared 2021 the year of the Korean Corn Dog, a statement made on the sidelines of the success of operations like Myungrang. Until now, Myungrang locations have been limited to areas west of the Mississippi. The Short North facility marks a new chapter in the expansion of Korea’s corn dog empire.

What is special about Korean corn dogs? Indeed, these are not your average corn dogs. For example, the filling is not always a hot dog and the breading is not the traditional cornmeal batter. We’re talking about a larger food concept that really glorifies an array of things on one stick.

But let’s start basic and work our way up to crazy. At the Beginner end is something closer to the original Corn Dog. In fact, it’s called the original ($4.49); a simple hot dog, coated in poofy batter with a cracked shell. Good all right, in the expected junk food way. It’s more interesting with a sauce like cheese mustard, which is still low-end, but offers both the nice bite of mustard with the weight of low-brow cheese sauce.

Now, if you’re willing to forgo the whole traditional corndog angle, you can get the same thing without a frankfurter inside. Instead, there is a version centered on Mozzarella ($5.99), making it a stick of cheese on a stick. As you would hope and expect, underneath the crispy shell, the mozzarella melts into its optimal, stretchy shape. This option works well with a simple dusting of sugar, an option available to all dogs in the household, if you must have sweet and salty together.

Let’s move on to something like Potato ($7.49). Honestly, the offer looks somewhat sick, like she might have developed a pox. Unlike the previous options, however, the potato isn’t named for its filling; there is no potato in the batter. Instead, pieces of french fries are attached to the frame, inside which you can have a dog or some cheese. Rest assured, the potato version is much better than it looks. For sauce suggestions; Well, fries love ketchup.

Beyond that, there are stunt versions – one with squid ink ($6.49) that is deliciously and unsettlingly dark, but otherwise offers the same culinary joys.

And then there’s the complete masterpiece: Double Potato Monster ($7.99). Half is a hot dog, the other half is cheese (assuming you start with the top dog, the cheese comes first). It’s encased in batter and dots of fries and smothered in a cheese sauce with jalapeños and more shredded mozzarella. It’s weird, but at the same time, it delivers the spectrum of irresistible, crunchy, gooey, salty wonders.

Overall the joint is super super casual, in the street food tradition. Prices may be high for hot dogs, but low for entertainment value, of which there is plenty. It is located at 850 N. High St.