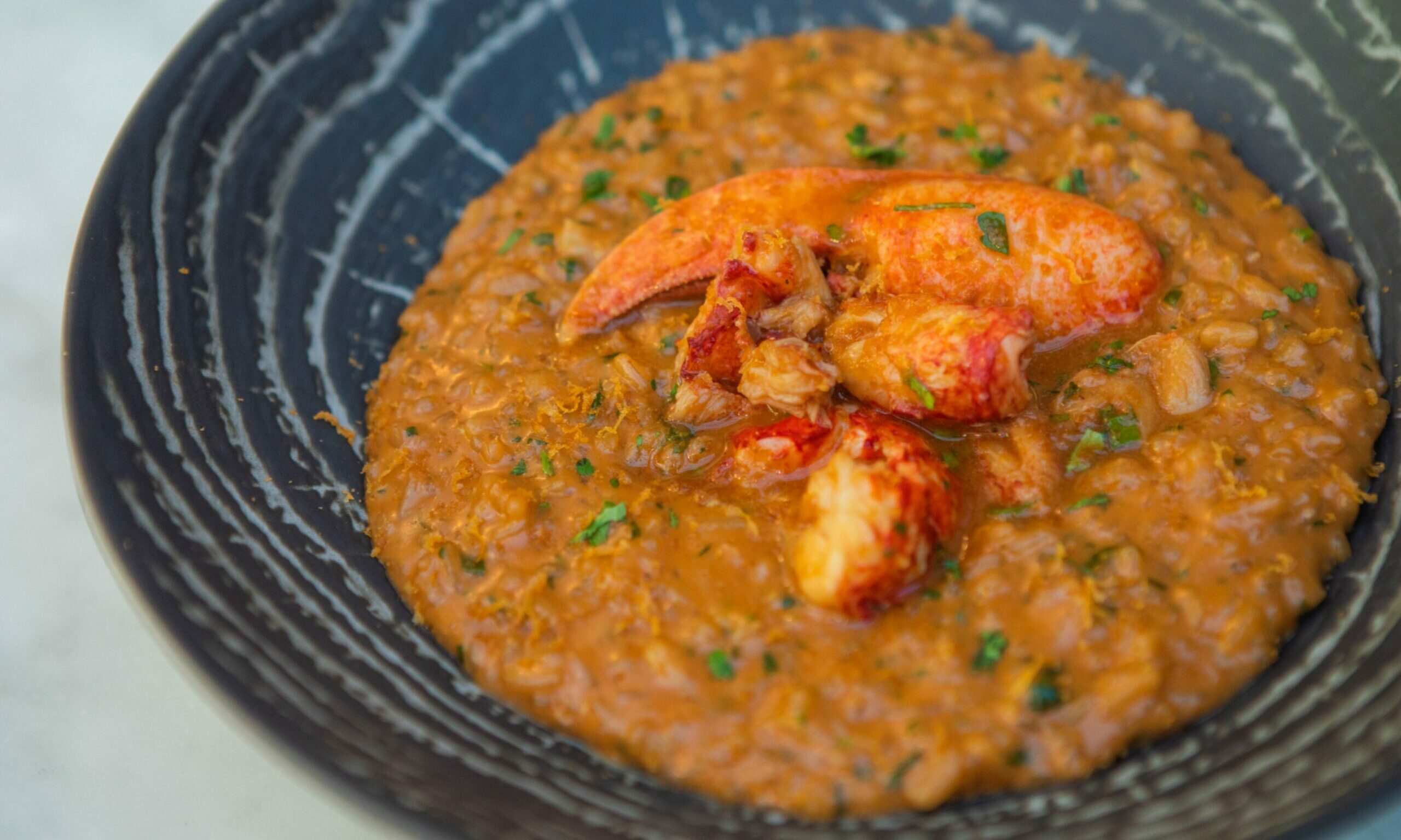 There’s nothing I love more than a fancy hotel at Christmas.

To me, nothing beats that feeling of grandeur, style, and generosity that really only comes with someone else’s space, scale, and money.

That’s not what I like with my own domestic celebrations which rest on the usual pillars of family, food, friends and a Quality Street box – pillars around which the whole precarious structure of Christmas is created.

The edifice around pinning your dreams to 24 hours of fun is one thing, but artifice also has its place and I like grand hotels as a transformative experience, taking us away from the dross of everyday life into a fantasy country.

If there was ever a time for that, it’s now.

Back when I had a waistline, a Virgin Atlantic gold card, and an expense account, I went to New York every Christmas.

Although this holiday took me away from my family, I must say that it was absolutely the best way to spend Christmas.

New York at Christmas is quite simply the most magical place in the world and words cannot describe the joy of waking up in Philippe Starck’s iconic Royalton Hotel and walking through Central Park for lunch at Jean-Georges’ at 1 Central Park West.

Having lunch on Christmas Day while watching the snow fall over Central Park is one of my fondest memories, so happy that it even eclipsed the fact that the restaurant was located in the Trump International Hotel.

What horrors were brewing on the floors above us as we lunched at Trumpington, unaware that the orange wig we saw in the corner was an eyesore to be endured not just for Christmas but for decades after?

There aren’t enough truly swanky hotels on Tayside to provide the sense of wonder that offers an escape from real life for the price of a cocktail at the bar. The closest to here would probably be Rusacks in St Andrews, which manages to distil something of a Connaught feel into a much smaller space.

Better – albeit a longer trek – is the wondrous Fife Arms at Braemar, a stunning synthesis of artistry, artifice, substance, Scottishness and style, just a few hours’ drive from Dundee.

Closer to home is Gleneagles, this behemoth of a building spanning the Auchterarder countryside like a rather ugly French chateau.

Amazingly, I realized I had only been to Gleneagles twice before – once to use their spa and once to bid on a painting at a major auction. I remember running from the hot tub when the rustle of the mustard cord and moccasin set became more overwhelming than any spa trip involving borage and sea buckthorn oils on my aching limbs .

Until this week, I had never eaten at Gleneagles, which was sold in 2014 to a company called Ennismore, which also owned the mega cool hotel chain Hoxton (Ennismore itself was sold to the French hotel group Accor last year).

A substantial refurbishment began when the hotel was sold in 2015 and I was interested to see how the ethos of a business owner of the super cool Hoxton had translated to this great lady of Scottish hospitality.

Another very current reason to visit Gleneagles is that chef Liam Rogers went to the recent Masterchef The Professionals final (he flew!) and we were hoping he could cook us lunch.

There is a choice of various dining options at Gleneagles and we chose the informal Birnam Brasserie for our lunch, a decision made easier by the fact that the prestige of the hotel

The Andrew Fairlie Restaurant is only open for dinner.

So the chance to spot Liam in the kitchen was traded in for the chance to try Gleneagles at an entry level, which doesn’t depend on the dress code suggested on their website.

Take note of those lucky enough to visit the magnificent Strathearn Restaurant (also only open in the evenings) – “in a room with more than a touch of theatrical magic, The Strathearn is a classic French-Scottish fine dining restaurant with real flair In the evening, this glamorous place deserves an outfit to match – we suggest a collared shirt, sports jacket or blazer, or a nicely cut evening dress or suit.

While extremely pro-glamorous, my thoughts always come back to the same question when faced with a dress code as absurd as this – what would they have done with the mega-rich Apple co-founder, the late Steve Jobs , with his signature look of a black polo neck, jeans and sneakers?

Anyway, if I ever get the chance to dine in the absolute enchantment of the Strathearn Room (it really is beautiful), I must consult my friend Dylan Jones, former GQ editor, to assess trimming my jib before setting off.

No nonsense at Brasserie Birnam which is located in an extension next to the hotel’s spa and opposite a rather unprettily designed cafe – to get there you have to walk past floral displays and Christmas trees. Christmas which are unfortunately more cheesy than couture.

The Birnam is interesting for many reasons, not the least of which is that it’s probably the hotel’s most obvious attempt to appeal to an American clientele, at least culinary-wise (the American Bar was closed when we visit).

It was quite empty when we arrived for lunch and were shown to a corner table right next to a family of four.

I immediately noticed that an adjacent room seemed much more interesting and also more festive, which, after all, was part of the reason for our visit.

This other section – The Winter Garden – was smaller than the main brasserie we were in and featured a huge (unlit) fireplace and extensive greenery on the walls and ceiling, probably inspired by Patrick Blanc’s brilliant vertical gardens.

If you’re like me and the couple close to us who asked to move tables (their first offer was a small table right next to the cashier service area – in an empty restaurant!), you might want to ask why not everyone is given the option of a table in the conservatory.

My advice is don’t bother as this is a space best seen rather than sat in – when you walk in it feels like you’re in a suburban conservatory .

We had looked at the menu online and were very encouraged – there were lots of things we would like to eat here.

The site itself promises “that you’ll find the best in French and Italian cuisine, from vongole spaghetti, venison rigatoni and Milanese risotto, to steak tartare, mussels marinière (sic) and salad niçoise”.

None of these were on our lunch menu (to be fair there were mussels a la Normande for £18). The more extensive menu shown online is only available in the evening.

The prices for this concise menu were more than reasonable considering the location.

Delicious bread (which took an absolute age to arrive) was £2 and starters (here called light bites) range from £6 for soup to £16 for a chic thyme marinated chicken sandwich.

The problem with the “light bites” is that they were all variations on the idea of ​​a sandwich – aside from the soup, there wasn’t a single thing that didn’t come on bread in some form or another.

The salads seemed like a better bet for a starter and were reasonably priced starting at £8 for the pea and bean salad with Greek feta, black olives, orange, fennel, pumpkin seeds grilled and shaved black truffle.

Since broad beans and fresh peas are not in season we both opted for different salads and I’m afraid to say both were wet bangers – literally that as they both arrived in the refrigerator cold and flabby.

My revered salad dish (starter £9, main course £12) sounded great on the page – black rice, snow peas, pear, baked radicchio, shaved radish, cashews, millet and cider vinaigrette – but the components were so cold and the dressing so little that it didn’t taste much. The radicchio, which I love hot from a grill, was made numb
out of coldness.

David’s heirloom tomato salad starter (£9) came with fregola, watermelon, raspberry, pine nuts and basil and was unpleasant. Chilled to an inch of submission, the bizarre addition of raspberries and watermelon only added to the feeling that we were in the wrong place in the wrong season.

Frozen raspberries were even more out of place next to watermelon and basil, the entire dish being more of a plea for summer than a celebration of it.

You might be wondering why we ordered a tomato salad, knowing that it had such incongruous ingredients? Well the truth is there was very little here to like and if we had realized the online menu was not available at lunch time we wouldn’t have come.

David’s main course was another salad. Yes I know! But there were very few vegetarian options on this menu and he just didn’t fancy a buckwheat risotto with green peas, baby spinach, apple and mint (£15).

His miso and beet Caesar salad was notable only as a reminder that some dishes are classics for a reason and some riffs should be reserved for Johnny Marr and not the kitchen.

I chose the west coast lobster risotto (£32) because I wanted to reflect real cooking and also wanted to see if it justified the high price.

It was a decent risotto but with a limited amount of lobster. Nonetheless, I enjoyed it even though it was inherently a rich one-note symphony that could have benefited from a little more herbs.

We passed on the desserts which were mainly based on cakes. Service was pleasant, a bit careless as it is in 2021 but friendly enough. The dining room – the standard ersatz of deco-brasserie references – is pleasant.

This expedition taught me a lesson of sorts, even knowing that we chose this restaurant as a more affordable option than some of the other restaurants.
options at Gleneagles.

But, just as my mother used to make fun of what she considered fur coats and no breeches, the

Birnam struck me as a waste of time – probably more suited to those staying in hotels and somewhat jaded by the full razzamatazz of the two more formal restaurants.

I would have preferred to dress up, wait for the Andrew Fairlie restaurant to open in the evening, and shell out more money to get into Christmas.

Now where is my beautifully cut suit?