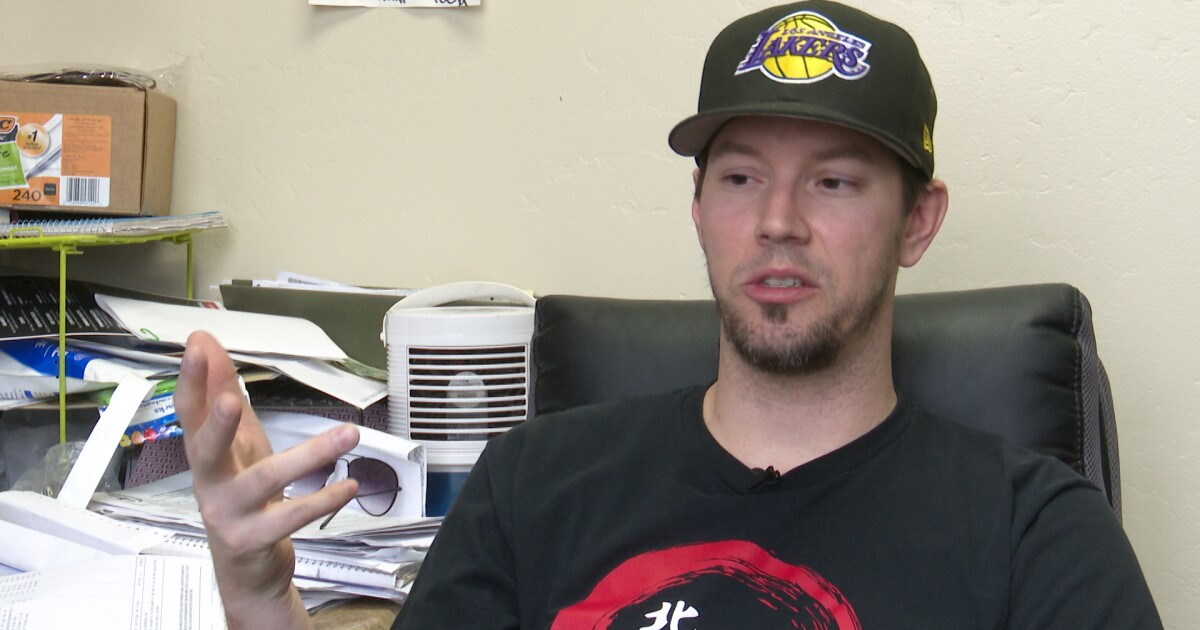 HELENA — Helena restaurant manager John Schneider says he feared for his life last November when a customer upset at being asked to leave for not wearing a mask got into a fight with him, then allegedly threatened him with a gun.

And now that Attorney General Austin Knudsen has accepted a plea deal giving the client a $50 fine for disorderly conduct – Schneider told MTN News he doesn’t think justice is being served.

“It was very, very difficult (to enforce a mask mandate),” he said in an interview this week. “But we never expect anyone to actually assault us for it, threaten us or threaten our lives with a gun. And if we do, we assume the law protects us. … Yeah, a $50 fine? It’s a slap in the face. »

Rodney Smith, the man charged in the Nov. 6, 2020, incident at the Hokkaido restaurant in downtown Helena, was originally charged with felony assault, misdemeanor assault and two counts of unlawfully carrying a a concealed weapon.

But this summer, Knudsen’s office stepped in and took over the case, after Lewis and Clark County District Attorney Leo Gallagher refused Knudsen’s directive to drop the weapons charges.

Weapons charges were no longer a crime, Knudsen’s office had said, because the 2021 legislature changed the law in February to expand how and where someone could carry a concealed weapon.

A spokesperson for Knudsen’s office said Wednesday that it would be a “waste of taxpayers’ money to pursue lawsuits for laws that no longer exist.”

Two weeks ago, Knudsen and Smith’s attorney filed a proposed plea agreement, in which Smith would plead guilty to disorderly conduct, while all original charges would be dropped. As part of the deal, Smith would pay a $50 fine and $75 in court costs.

A hearing is scheduled for Dec. 9 before state District Judge Kathy Seeley on whether to approve the plea deal.

Knudsen’s office told MTN News that there was insufficient evidence to support the assault charges filed by Gallagher and that other witnesses contradicted Schneider’s account.

Smith’s defense attorney, Helena’s Palmer Hoovestal, said Smith and the two people who were with him that night — his wife, Sarah, and his friend, Paul Hermes — substantially dispute the version of Schneider of what happened. Smith did not threaten anyone with a gun and Schneider was the attacker, Hoovestal told MTN News.

“I am satisfied that Mr. Schneider’s credibility would be successfully challenged under vigorous cross-examination, and his version of events is inconsistent with the testimony of other witnesses to the event,” said Hoovestal.

Schneider, however, said several restaurant employees witnessed the incident and its aftermath, and no one from the attorney general’s office contacted him until Wednesday morning – and then only to tell him that He was no longer a victim because the charge was amended by the plea agreement.

“It’s just a very hard pill to swallow,” he said. “I’ve been heartbroken every day since it happened. … I can’t believe he had a gun and showed it to me at our family restaurant here. He’s a such a pleasant and safe place for our customers and our employees. He took that away from us.

In the plea agreement, Smith admits he argued with restaurant workers about wearing face masks and spilled water glasses on his table before leaving.

Schneider said he was working at night when Smith’s wife entered the restaurant, not wearing a mask, and when she twice ignored his requests to put one on, he told her to leave. .

But after Smith’s wife initially left, according to Schneider, she, Smith and another man then walked into the restaurant and sat down, unbeknownst to Schneider, and again refused to put on masks while they weren’t seated.

Schneider said he then confronted the party at their table and told them they would not be served because they had ignored requests to wear masks.

“These guys were about a hundredand or 150and client that I had asked to leave because he didn’t want to follow the rules, for whatever reason,” he said. “We followed the mask mandate from day one. We follow the rules. … We always did it because it was right, it was what kept everyone safe.

According to Schneider, Smith then got up from the table, knocking filled glasses of water to the floor. At that point, the waitress – Schneider’s fiancee at the time, and now his wife – intervened and told Smith to “get out of the restaurant now,” he said.

Schneider said Smith then pushed his fiancée, after which Schneider came between them and got into a scuffle with Smith. The two ended up against a wall, with Schneider holding Smith in a headlock, while receiving a punch in the groin, he said.

It was after agreeing to let Smith go, when Smith’s male friend promised to get him out of the restaurant, that Smith revealed his gun, Schneider said.

“He chose at this point in the situation … to take off his shirt and expose his gun in a holster, on his right hip, which I had no idea he had,” Schneider said. “He touches his holster and his gun, kind of pats it, or at least puts his hand on it and says, ‘I’ll get you’.”

By then, another restaurant worker had called the police — and Schneider told Smith the police were coming and he had to leave. Smith, his wife and the other man left and police arrived minutes later and arrested Smith outside the restaurant, he said.

Knudsen’s office said he became involved in the case this summer after being told by “concerned community members.”

In statements provided by Hoovestal, Smith and Hermes’ wife said that after they sat down, Schneider came to the table and “had a chip on his shoulder”, aggressively told them they had to leave and prompted contact with Smith.

Schneider said he plans to be at the December 9 hearing on the plea deal. He’s not sure if he’ll be allowed to say anything, but said he doesn’t think the deal is in the best interest of the community.

“If guys like that are allowed to get away with things like that, it makes our community less safe,” he said. “It makes my employees and our customers less safe, it makes other restaurants less safe.”