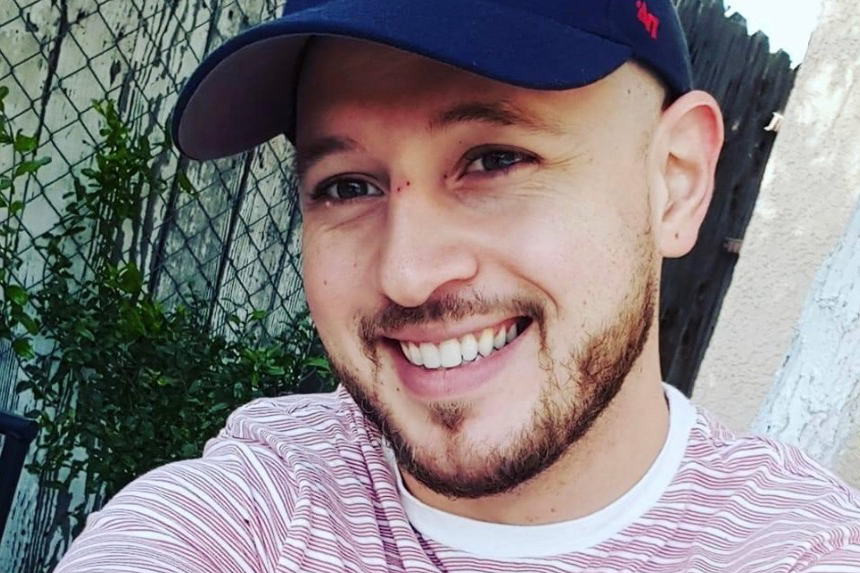 The family of slain restaurant manager James Vargas are demanding justice and answers after he was shot dead by two individuals on Saturday night in California.

The shooting occurred at the corner of East 92nd Street on South-Central Avenue late Saturday evening. LAPD officers were seen attempting to revive James Vargas at the crime scene.

James Vargas was out with his wife and two children looking for food when he was approached by two men in a car who got out of the vehicle and shot him, according to reports.

The two suspects were described as two Hispanic men who fled the scene in a green Tahoe.

The LAPD continues to investigate the incident and has asked the public to contact the LAPD Homicide Division if they know anything about the two suspects.

A man who claimed to have witnessed the shooting told Fox 11: ‘They were buying food from this place here. to smoke ?”

He was then asked if James Vargas had answered this question, the witness replied: “He did not have the opportunity to say anything.”

James Vargas’ family have spoken out, demanding justice for his murder and expressed their anguish over the situation.

Billy Vargas, brother of James Vargas said: “My brother, my friend, I will never see each other again or grow old together.”

He then broke down in tears as he thought back to the incident. He added that his brother was a restaurant manager and was a devoted husband and father.

Billy Vargas described his brother’s character: “My brother isn’t the confrontational type, he wasn’t even the person to fight anybody.”

Manuel Rivero, brother-in-law of James Vargas, also praised his character and pointed out the shocking nature of the murder.

He said: “For someone to come up to him and ask him where he’s from and not even give him the chance to answer and take his life, that’s really unfair.

Kathyuska Vargas, sister of James Vargas, added: “He was always very nice and happy. He always had a lot of life in him, he was never one to vent his anger or be mean to anyone. whether it be.”

James Vargas’ family has set up a GoFundMe account in order to pay the funeral costs. The family also suffered the death of James’ father earlier in the year.

James’ brother concluded with a heartfelt message to those listening on the importance of family.

He said: “Forget the phones, forget the social media, go out and see your family. Hug your family, talk to them and love each other.”