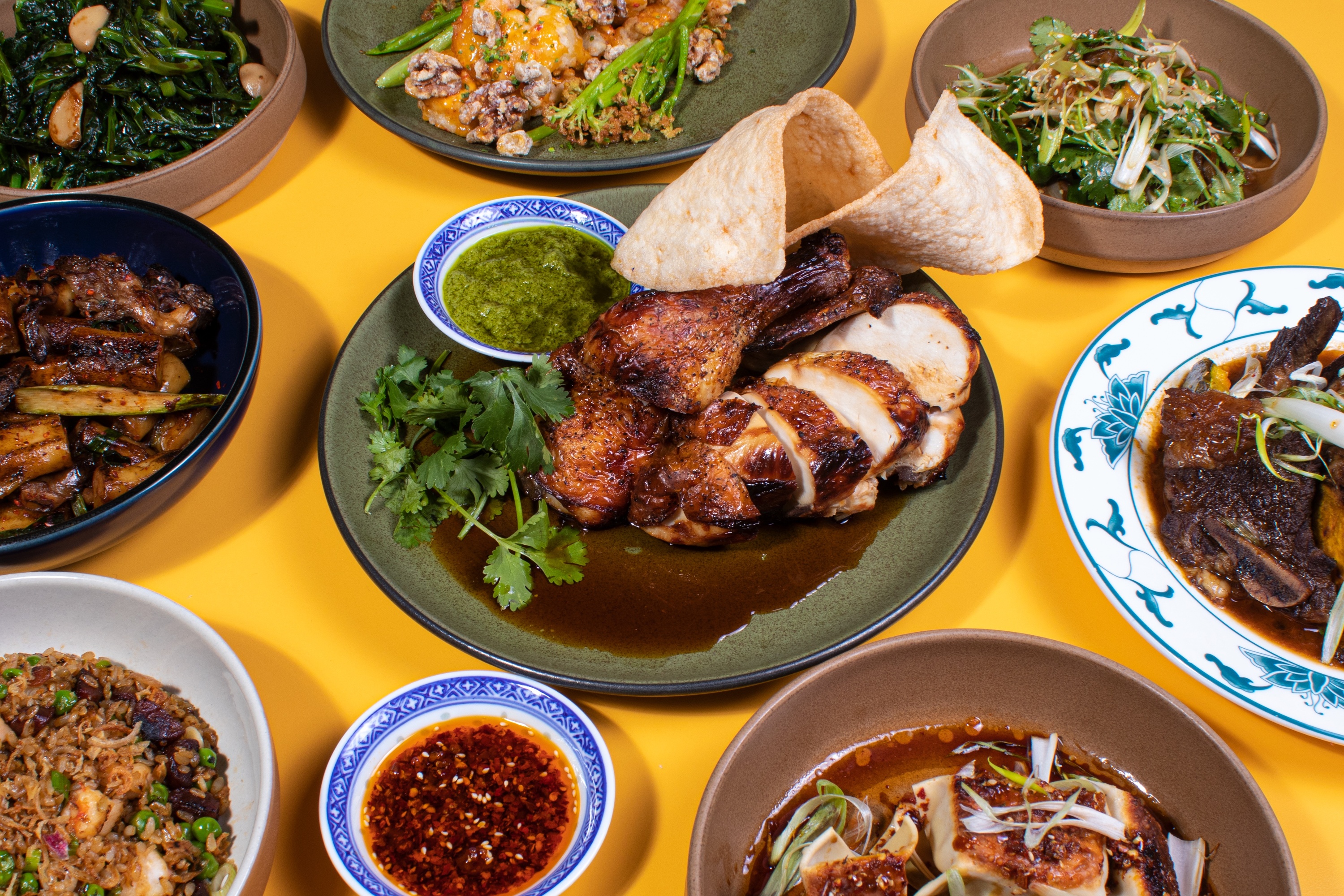 Hot and spicy are not necessarily synonymous.

Heard at the Potluck Club, which the team of Cereal bar with milk and cream opened on Chrystie Street in June: “Is it going to be spicy? It’s going to be expertly seasoned, yes, which doesn’t answer the question, I know. But with few exceptions, the dishes on the Potluck Club’s American Cantonese menu aren’t meant to be “hot” in the fiery, peppery sense more commonly associated with, say, Sichuan cuisine. So if you’re asking yourself the question out of caution, don’t worry. Otherwise, plan to ignite another day or ask for extra jalapeños with your salt and pepper chicken ($25).

The reimagined plate could rightly be described as deconstructed, garnishing boneless fried thighs amped up with white pepper and a five-spice blend with the marinated green slices, the capsaicin somewhat reduced from the process. The chicken is crispy and juicy, portioned to fit between scallion biscuits and spread with a little chili and plum jam for a little homemade sandwich. The cookies come in pairs, their camera-ready surface is attractive gold with flecks of vegetal green, abstractly rectangular in hand. They look delicious, and their best bites are as light and buttery as they come, with a few drier, denser flavors in between.

Braised Ribs with Kabocha ($38) rise above as a must-have Potluck Club dish. Inspired by a chef’s preparation Zhan Chen’s father, they are wonderfully rich and easily separated from the bones, the fat returned to the silky effect. They are recommended with a sensory recalibration with white rice ($3), fluffy and flawlessly executed.

A few items are enough to share between a couple, so come with a crowd to try a few more without committing to packing containers at the end of the night. The Potluck Club is extremely conducive to large parties. A row of easily reconfigurable tables for groups or those even more easily heard groups of two leads to the bar under a marquee that reads “HERE FOR A GOOD TIME NOT A LONG TIME” and curves down to the wider dining area. The entire space is attractive, with glossy murals and finishes and flattering lights and splashes of sea and coral shades. Everything looks like the place to be.

There are a dozen items on the Potluck Club dinner menu at press time, with plenty of detail to recommend them. The tiger jellyfish salad is delicately arranged with Chinese celery, cilantro, green onions and sprinkled with sesame seeds. A modest table mix mixes its bright and refreshing flavors. The extra tea eggs ($3) in XO fried rice with prawns and sausage ($19) is among the best I’ve had. And the spicy eggplant ($16) from the vegetarian section is, as billed, a deliberately spicy option. Its slices are fried, coated in doubanjiang-garlic sauce and garnished with cilantro and fried shallots. It’s a big nightshade, firm and tender and a bit creamy with enough assertive bite to assert itself without screaming. The shallots are excellent too, giving the already perfectly textured dish a vibrant crunch. It probably suits most people – perky and not watery – and a little more rice can soothe sensitive palates.

A dessert, pineapple swirled soft serve tower ($7) recalls the team’s first operation and, with the added sprinkle of pineapple bread crumble, the attention to texture that gives this status to some of the best Potluck Club bets. There’s also a fortune cookie on top, but time flies in this fun environment, and you might have already glanced at the message.

The atmosphere: Laid back, fun and easy (probably easier when you make a reservation as it’s quite popular) with the room and vibe for groups.

The food: Cantonese American Plates with a “new take on old classics”.

The drinks: Beer and wine.

Timing Tip: Potluck Club is great for large parties, but e-mail [email protected] to book for 8 or more.