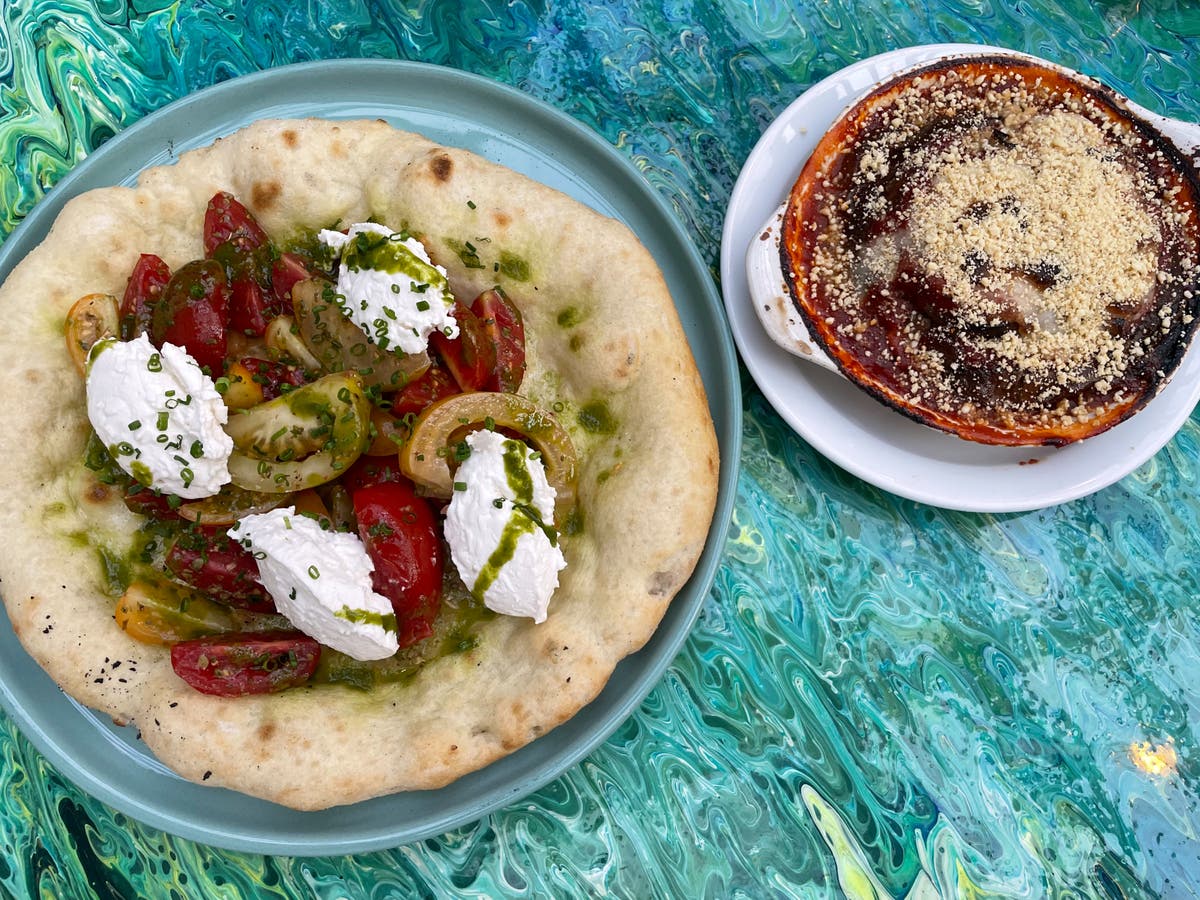 Jhe words “vegan” and “pizza” together almost sound like profanity. Add to that “vegan mozzarella”, “vegan parmesan”, vegan… well, anything, and you could have an Italian heave on your hands. Although Italy is famous for being the home of the Vatican, it is the church of food that really holds the power. Which church is your average Italian most likely to furiously defend, I wonder. Say what you want about the pope, but don’t you dare put pineapple on a pizza.

And for good reason. If all Italy gave the world was pizza and pasta, that would be enough of a contribution.

I recently wrote about food which is really delicious. I talked about a greasy Cuban sandwich that changed my life. I said that gourmet dishes have never given me such a deep and, quite frankly, emotional response. Pizza is up there with the cubanos, and pasta isn’t far behind. It is food that almost everyone likes to eat. Both rely on cheese – even if it’s just an essential sprinkle of parmesan over pomodoro pasta.

That’s why I’m so skeptical of vegan pizza and vegan cheese in general, even though I know it has to be part of a sustainable future. To be honest, I’m skeptical of almost all vegan alternatives. The best vegan meals I’ve eaten are simply great vegetables, beans and legumes etc., dishes that turned out to be vegan and were eaten long before the word was even coined.

Whenever I go to vegan restaurants that offer meat and dairy alternatives, I feel like I may have enjoyed it, but never as much as the real thing. I usually say something like “it was good, but the vegan stuff still has a way to go”. It’s almost like the standards are a bit lower for vegan food – like it’s okay that it’s not totally delicious because it’s vegan. And I would never judge someone who says they outright dislike most vegan cheeses. I understand. It often has a weird texture and sticks to the teeth. Sometimes it tastes a bit like coconut – better have some cheddar.

But I may have found the answer: the Plant Club in North London.

Don’t be put off by the name – I know it sounds like a vegan cafe where they serve £5 coffees with a tasteless croissant – but this vegan and gluten-free Italian restaurant opened my eyes to what is possible. Everything we ate was delicious. This is without a doubt the best vegan restaurant I’ve been to, but also, possibly, one of the best restaurants I’ve been to this year.

Tucked away near Newington Green, its minimal, unimposing design doesn’t make a great first impression – you might even miss it. We definitely made it up the canal and on the busy road. You can either eat at the few tables outside at the front or in the charming greenhouse-like room at the back where you can sit next to the open kitchen and watch the chefs at work. That’s where we chose – I like an open kitchen.

We order a Select Spritz and a Negroni. Select, an aperitif concocted in 1920, is often referred to as part of the “original Venetian spritz”. It is a dark red color, like Campari but less bitter. Both cocktails are refreshing, a nice change from the mild Aperol or the strong Campari.

We start with a “deluxe garlic bread” and “parmigiana”, double quotes intended. It’s not really garlic bread. It’s more like bruschetta served on a crispy pizza base and lets the ingredients do the work. And the heaped datterino tomatoes, garlic and oregano taste just like the bruschetta you get in Italy.

Plant Club takes it a step further and adds superstraccia, a vegan version of the delicious Italian stracciatella soft cheese spread. You might be wondering why use the best quality vegetables if you’re just going to put horrible sticky vegan cheese on top? That’s not the case here. I don’t really know how to describe it other than it tasted exactly like dairy. That was delicious.

It’s worth saying that this bruschetta-like garlic and cheese bread would have tasted just as good had it been served in a non-vegan restaurant. By that I mean I don’t lower my standards just because I expect less from vegan cheese. It was really fresh and appetizing.

Excited, I turn my attention to the parmigiana. It reminds me of a dish I had in a small restaurant in the old fishing village of Rimini in Emilia-Romagna. Plant Club uses a cashew alternative for parmesan that provides that nutty flavor of perhaps my favorite cheese of all. Again, the quality of the ingredients shines through. Baked eggplant, tomato, and vegan cheese…all wonderful.

As a main course, we have the Regina pizza with truffles, oyster mushrooms, buffalo “notzarella” and “parmesan”. And the paccheri pasta with zucchini sauce and Burrella – a vegan burratta. Again, this pizza is not only the best vegan pizza I’ve ever had (which it definitely is), but it might go up with my favorite pizza in London where the mozzarella is dairy.

The pasta sauce is creamy and smooth, a light touch of chili cutting through the zucchini and superstraccia. It is impossible to tell the difference between perfectly cooked gluten, egg-free pasta and normal pasta. In fact, Italy has a long history of making gluten-free pasta and pizza, so that should come as no surprise.

Finally, even if I’m drunk, I have to see their cheesecake. It nails the texture of cheese (soy yogurt and chickpeas), and with agave syrup drizzled over it, it’s incredibly flavorful. I happened to have had a crate of dairy cheese the night before, but this one is better – and cheaper. Not too sweet, the “cheese” complementing the strawberries and agave.

What I will say is this: if you are allergic to nuts, be careful as it can be difficult to avoid them here. Many vegan cheeses are made from different types of nuts.

All in all, I probably shouldn’t have been surprised. I should have known that the Italian chef, Antonio, wouldn’t do this if it wasn’t going to be good. Food is far too sacred in Italy, and there’s a reason the country consistently ranks as the world’s favorite cuisine. And Plant Club does all this without breaking the bank – a pizza costs around £16 and pasta around £12.

I was skeptical at first but found what I think may be one of the tastiest vegan restaurants in London. Suddenly, “vegan pizza” doesn’t seem like such blasphemy anymore.