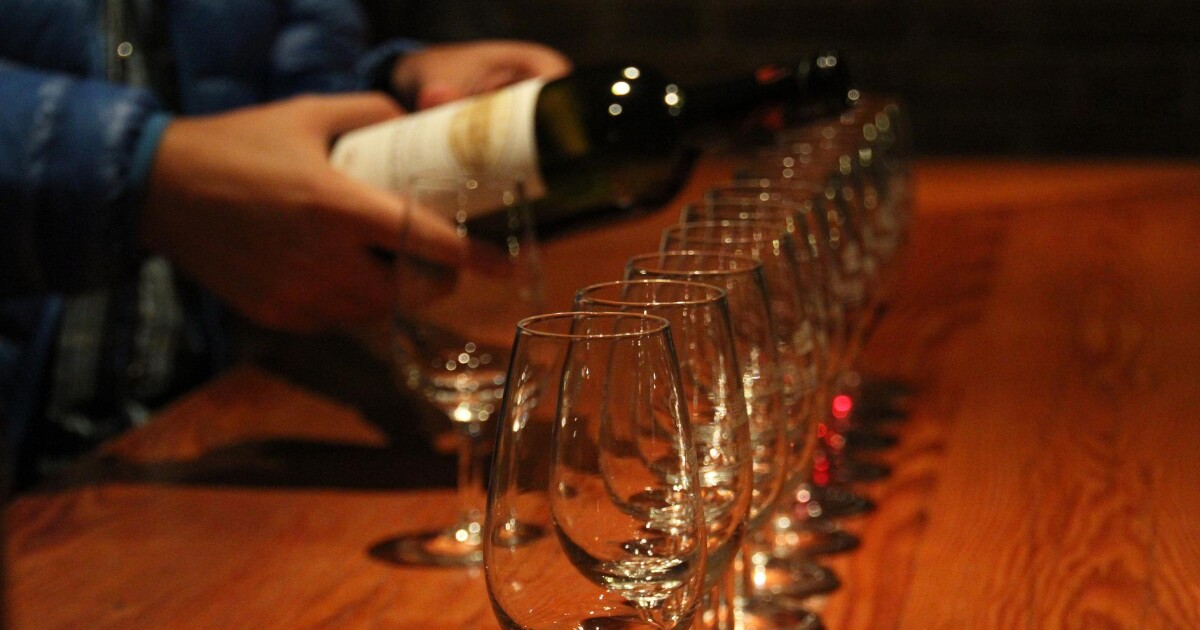 Attention foodies: I now send alerts every time I post a story. Sign up to receive text messages from me here. Thank you to those of you who have already subscribed and given your opinion! And catch up on my recent work here.

…when Cabrillo College’s longtime culinary arts instructor Sue Slater retired in 2019, some have questioned the fate of his beloved wine program. I am happy to report that under the guidance of a wine instructor Deborah Parker Wang, it’s stronger than ever. Wong worked with a team of wine professionals, including a wine specialist Laurie LoveExecutive Director of Santa Cruz Mountain Wines Keikilani McKay and local winemakers, to completely restructure the program. Some classes have been consolidated to eight weeks while others have been extended to one-semester courses. In an exciting leap forward for the program, students can earn a one-year certificate of achievement in wine studies and work toward an associate’s degree in wine science, pending expected state approval from California in the spring. For the first time, course credits from the wine program will be transferable, allowing students to pursue graduate studies in wine studies at four-year universities. For Wong, who has taught wine classes at Cabrillo since 2015 — including his popular Wine Faults course on sensory faults in wine — enrollment is vital because it gives students a choice of careers they want to pursue. It was also crucial to dismantle Cabrillo’s rule to limit “sip and spit” wine tasting in the classroom to those 21 and older. Other colleges and universities in the state that offer wine courses allow students as young as 18 to taste wine for educational purposes under the supervision of an educator. Says Wong, “Wine is complicated, and if you lock in early, you can have a very successful career in the wine industry.” With these changes, Cabrillo’s new and greatly improved wine program will provide more options for students wishing to pursue higher education in wine and cuisine, and will likely have a positive impact on our local wine industry. Fall registrations are now open. Visit cabrillo.edu for more information.

…Caterers, restaurateurs and chefs, listen up: A new catering supply store is coming to Santa Cruz. Chef’store US Foods announced on Tuesday that it was opening a location next to REI at 1660 Commercial Way. The massive 23,000 square foot warehouse will offer professional supplies and ingredients in a variety of sizes, including fresh meat, produce, dairy, deli and seafood, as well as cooking ingredients, beverages, maintenance supplies and other catering essentials. There are more than 80 Chef’stores nationwide, including 15 in California; the closest is on West San Carlos Street in San Jose. Santa Cruz County has a few family restaurant supply stores, and while great deals and products can be found, I doubt their inventory and prices can compete. In fact, most industry professionals I know shop at Costco when they’re not traveling the hill. Having a great restaurant supply store right on our doorstep could be a boon for small business owners in Santa Cruz County. The store is expected to open this fall; expect more information on this new addition to Santa Cruz as it develops.

… The Sustain Supper, the Homeless Garden Project’s event of the season, returns July 23 at Natural Bridges Farm on the Westside of Santa Cruz, and this year the HGP team has invited the chef Bryant Terry be the keynote speaker. Anyone who flipped through one of Terry’s six cookbooks, including 2021’s critically acclaimed ‘Black Food’, 2020’s ‘Vegetable Kingdom’ and 2014’s ‘Afro-Vegan’, cried out in delight. The four-course, farm-to-table vegetarian dinner is inspired by James Beard- & NAACP Image Award-winning chef, author and educator, and will be prepared by a team of Central Coast chefs, including Chef Anna Bartolini of La Balena and chef Yulanda Santos of Michelin-starred eggplant. As well as being tasted and dined by some of the best, guests will enjoy live music, a farm tour and a number of other speakers. All proceeds from this event support the Homeless Garden Project’s grassroots transitional employment program for homeless people. Tickets start at $175 and can be purchased through Eventbrite.

It’s hard to believe that this newsletter is already four months old! If you’ve enjoyed reading the latest food news in your inbox every week, now’s the time to become a member. We are offering 15% off membership with offer code Lily, or click on the image below. Only members have full access to all of Lookout’s content, including Eaters Digest, published every Friday with restaurant news, reviews and the city’s top foodie events every week. Lookout strives to create a better Santa Cruz County with high-quality, trusted local news and information, and that includes sharing the stories of the people behind our food. Become a member today.

IN CASE YOU MISSED IT

Venus Spirits Cocktails & Kitchen Beachside opened two weeks ago in the space that has held Café Rio for more than 30 years, marking a significant update to the culinary scene in Rio Del Mar. Chef John Harry infused a seafood-centric menu with Southern charm, and dishes like Bienville oysters and low country bouille wowed on a recent visit. Read my full story on the new restaurant opening and what’s to come.

Slushie is booming in Santa Cruz County, and I’m absolutely here for it. Homemade twists on the frozen 7-Eleven classic — often with added booze — are everywhere these days, from Aperol spritz slushies at Mentone in Aptos to hard apple cider slushies at Santa Cruz Cider Co. in Watsonville. They’re playful and fun, and in these dark times, that’s just what we need. My list of places to find local slushies is growing and I don’t want to miss any. Where do you get your fix of slushie these days? Text me or email me at [email protected].

$2,999,500 – Price listed for the old Caffe Pergolesi at the corner of Cedar and Elm streets in downtown Santa Cruz. Personally, I think the time has come for someone with a lot of vision – and money – to make this the next hot restaurant in Santa Cruz. Humor my vision in Friday’s Eaters Digest.

LIFE WITH THE BELLIS

Over the past few weeks, my father-in-law’s apricot tree has exploded with fruit. Some branches are so laden with tiny tangerine-colored apricots that several branches have broken under the weight. Although quite small, they are sweet and tart, but they cover her garden, and we had a hard time figuring out what to do with them all. Every few days, he sorts through as much ripe fruit as he can and delivers crates of fruit to his neighbors. Luckily, I scored on a dehydrator at a yard sale last weekend, and it’s been running it at full throttle for the past few days. Some will be frozen for jam and desserts, and luckily my friends who own Fruition Brewing in Watsonville promised to take whatever we couldn’t manage to use in a craft beer. Marco is not at all afraid of the onslaught: at 14 months, he loves sorting berries and will eat as many as his Nonno dares to give him. Watching grandfather and grandson work together in the garden is a sweet moment that I will cherish forever.

THIS WEEK, I CAN’T STOP THINKING…

… “The bear.” This eight-episode series on Hulu centers on a prodigy gourmet chef who returns to his hometown of Chicago after inheriting his brother’s hole-in-the-wall restaurant and attempts to overthrow him. Performances, in particular by star Jeremy Allen White and Ayo Edbiri, who plays his ambitious sous-chef, are magnetic. “The Bear” is also the most realistic portrayal of working in a restaurant I’ve ever seen, which sometimes means the full weight of the high-stress environment hits you in the chest. Watching the staff struggle under the weight of an onslaught of take-out orders in Episode 7, skillfully filmed in one continuous shot, was by far the most intense 20 minutes of television I’ve ever seen. Kitchen jargon including “yes, chef,” “heard,” and “corner” has become part of my vocabulary. Run, don’t walk.

➤ What to know about the California Plastics Act (New York Times)
➤ Freedom, finances and fried chicken (Eater)
➤ A little SF restaurant reminds me that love is real (San Francisco Chronicle)

Thanks for reading! Eat well, my friends.