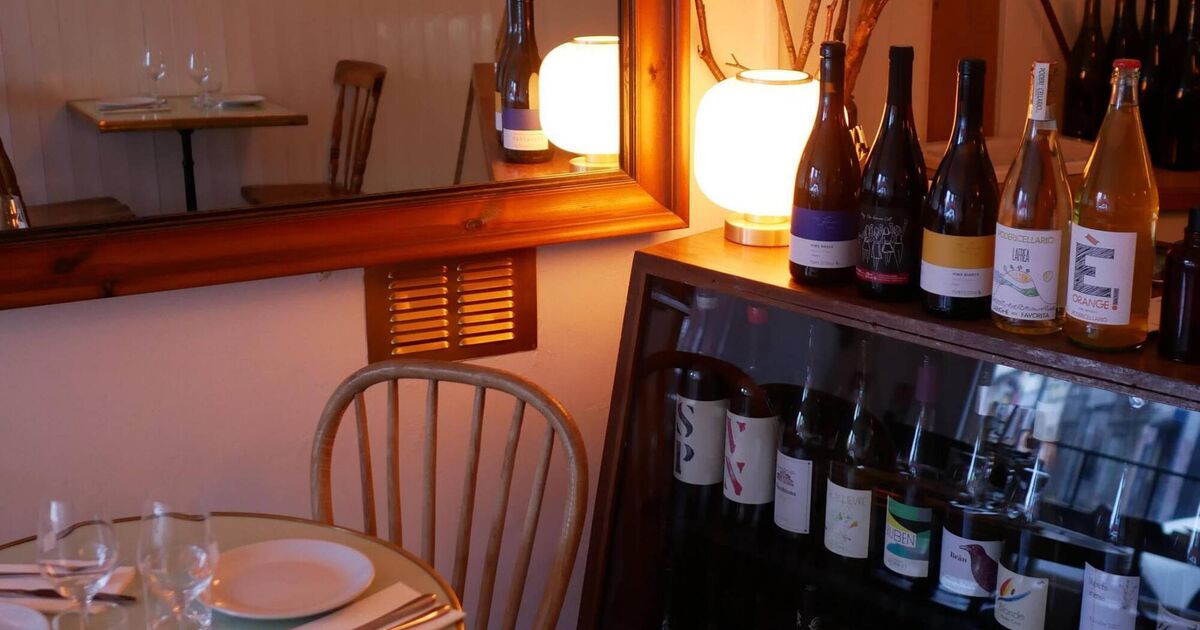 It’s not meant to be, but the older I get the more I want to feel challenged, to be out of my comfort zone – I think it helps me ignore gray hair.

In my early twenties I promised myself that I would always be open to change and around this time I developed an interest in wine. I joined an oenological club and learned to distinguish Bordeaux from Burgundy, Cabernet from Carmenere, oxidized corked and brettanomyces (brett) with volatile acidity (VA).

I knew I had to keep learning, but I could never have predicted the mini-revolution that has taken place over the last twelve years, a revolution that has brought us Loose Cannon to Drury Street and now a second place of the same team: Table Vin.

Table wine would probably be called a “wine bar” if it were in Paris, and it would fit right in with the 11th arrondissement, which is a hotbed of similar wine bars/restaurants. Like those wine bars around rue St Maur and Oberkampf, the focus here is on natural wines – wines that have been made from organic (often biodynamic) grapes, wild yeasts and have little or no sulfur added before bottling. All wines contain natural sulfur, but adding extra before bottling helps keep a wine clean. Not adding any creates a sweeter, juicier wine, but can also lead to funky notes that the French euphemistically call “a taste of terroir” – yes, my wine training struggles with that, but I learned too to like (a little) funk. I don’t join George Clinton’s Parliament-Funkadelic collective, but I’m getting there.

We started with two glasses of Atlantide Pet-Nat (sparkling-natural) from Piedmont, a wine bottled before the end of fermentation so that it retains a slight sparkle. It was a fine example of the style and tasted creamy, fruity and just a little funky with lingering flavors of cherry skin – my guest felt it tasted like a quality West Country cider and he was not mistaken. The Pet-Nat went well with lightly marinated eggs with spicy mayonnaise (€4) and incredibly good sourdough which itself had nice funky sour fermented notes and a perfect squeaky crust.

A bottle of Koppitsch Rét (€44) St-Laurent-Zweigelt red from Austria was our next choice – imported directly with ten other producers via their own import company Fruit Cellar. The tender berries worked particularly well with one of the star dishes of the night: the Crown Prince’s pumpkin with a Cáis na Tíre cheese sauce. The cheese and wine still work, but the earthy notes of the wine and baked pumpkin were well in sync and the depth and hints of flavor added to the cheese sauce were transformative.

The pumpkin was from McNallys Farm, as were some garlic butter potatoes (€8) — a bit of crispiness around the edges would have made this mix of violetta and other savory potatoes even better, but I’m maybe picky. The creamy butter and cheese leek croquettes (€8) were the size of a golf ball with a crispy golden exterior and a soft rich filling, luckily there were only three as I could have easily could eat ten.

The first of our main courses was the already legendary crab sandwiches (€22), three-tiered and filled to the brim with soft Lambay crab, Cáis na Tire cheese and delicious Jerusalem artichoke (Jerusalem) chips on the side. Somehow we finished them, but it seriously hurt our ability to finish the chicken confit (€22) that came next. Tender, meaty, crispy chicken served with crumbly cornbread, collard greens, red cabbage and roasted hazelnut Jerusalem artichokes.

A shared blood orange ice cream (€6) was all we could manage for dessert – sweet but not overly sweet creamy orange flavors, nicely offset by a piece of Hermit Bar – spiced raisin cake and New England Molasses.

Table Wine is a brilliant addition to Dublin City with smart food focused on flavours, and a whole bunch of great new wines to discover.

Snacks, starters, too many main courses, dessert, plus a bottle and four glasses of wine cost €165

Table Wine offers extremely tasty cuisine accompanied by natural wines – think of a wine bar in the 11th arrondissement of Paris, but add the best of Irish ingredients cooked by people who understand flavor.