Lahpet restaurant review: I fell in love, stock and barrel for it 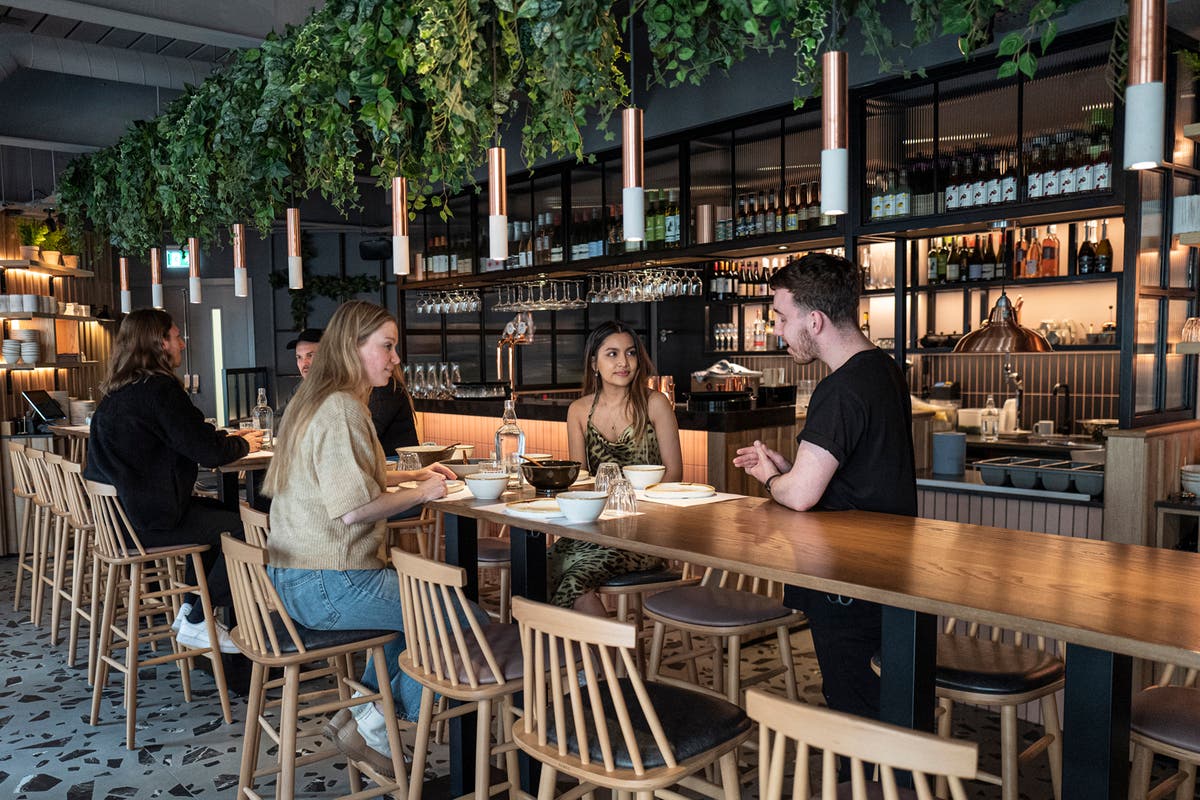 Lahpet restaurant review: I fell in love, stock and barrel for it

hen last year I was arranging a date with a friend, we mistakenly settled into St Martin’s Courtyard, just off Seven Dials. “It’s weird here, isn’t it?” we whispered to each other. If you haven’t been, it’s a place with a Basingstokes flair: since it opened ten years ago there’s been a Bill’s, and now around the corner is Caffè Concerto. There’s also Stringfellows, a survivor of the 80s strip club nearby, which is a godsend, as every once in a while the smokers lingering outside start to merge into the queue. wait hanging from Dishoom, and the mix of the two is, as you can imagine, quite the sight.

Suffice to say that despite its focal point in the city center, the place never really took off. But the game has been shuffled over the past two years, and now they’re calling this corner of town The Yards, as if at any time Vinnie Jones could pull up in an old Jag with a pair of sawn offs. I feel like Guy Ritchie has something to do with the name.

A mistake. A change decidedly for the better, however, is the addition of Lahpet, whose story would please Signor Ritchie: it is that of a well-made East Ender(ish). Before coming here, Dan Anton teamed up with Zaw Mahesh, a chef, to run a stall at Maltby Street Market, quickly made his way to London Fields as an arch-lodging pop-up and opened a restaurant in Shoreditch just a year later. The couple’s Burmese food was a hit – a cuisine that has mostly yet to catch on in London.

Given that and the fact that I’ve never been to Myanmar, I’m not sure if Lahpet is authentic, although I imagine the restaurants there don’t seem to have been outfitted exclusively with Made.com. I could do without anemic wood and copper fetish. But then I couldn’t do without food, and sometimes these things go in pairs.

The fall in love was slow, then all of a sudden. The slow part included the yellow pea paratha arriving at the table accompanied only by a single wedge of lime garnished with what can only be described – sorry for that – as watercress pubis. Luckily that descriptor only reared its disgusting head after I got home, which is a relief as this £7 dish, served on its own or with a cold bottle of beer, could be the perfect lunch. The paratha, a wonderfully flaky flatbread, was crispy around the edges, pulled like a spread over braised yellow peas and creamy, sweet and spicy with, I guess, garlic, onion, flakes of chilli and curry paste. It warmed up. It applauded.

Later came rakhine mohinga, or what they usefully translate as fish noodle soup. In it was a crispy balachaung, a dry mix of fried shrimp, garlic and ginger, red chili peppers and paprika. It’s normally meant for rice, as a garnish, which makes me a philistine or a nonconformist, maybe both.

This settled among grilled squid hoops, bites of sea bream, whips of prawn paste, and spices clinging to rice noodles and invading the hollows of chopped green beans. “Pretty hot?” said a passing boss mischievously when I was halfway there, and I lied and said it was fine as a wave of sweat hit my forehead. In truth, it is not the heat that burns, but the heat that moves, enters the blood, makes you feel good. A cure for all ills. At the end, I scooped balachaung from the remaining sauce and thought fondly of childhood roasts, the last crispy pieces of potato swimming in the last of the sauce.

I ate lime and ginger ice cream while, from across the restaurant, came the happy birthday accents. A humid mid-week afternoon. I thought about both this and an Armagnac, half surprised to see it wandering around the drinks list and thought, yeah, that makes sense. It’s a happy place. We are always told to find them.

* although the longtime Mandalay in Kilburn (’94 – ’21, RIP) was a name often referred to warmly in food circles. I’ve never been; it’s not in my frame of reference.