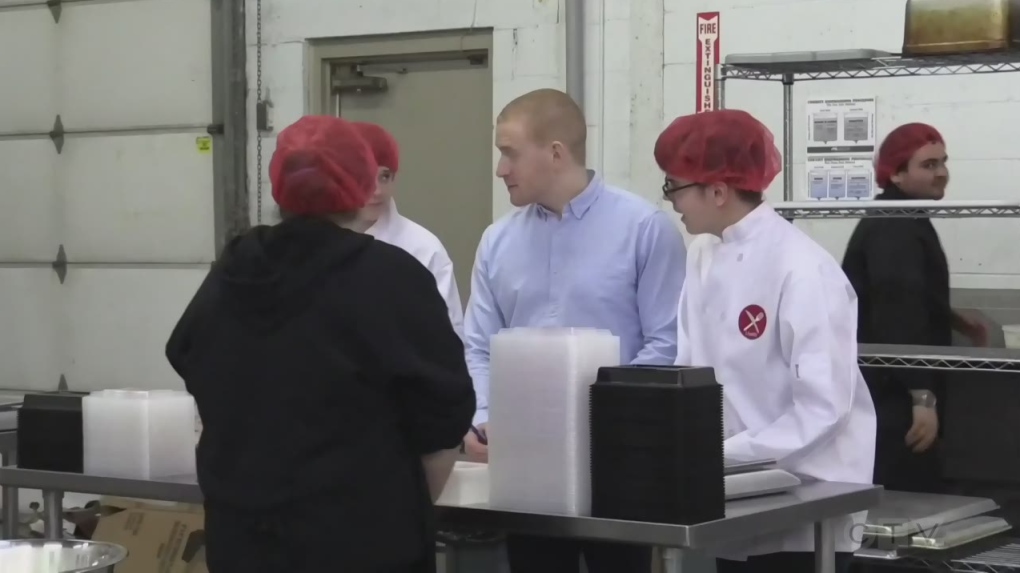 “Ethey” is a new company born out of the success of an existing business called “LiveFit Foods”.

“Ethey is focused on more of your average consumer and someone who cares about sustainability,” said Founder and CEO Nick Spina.

The durability comes from what is described as a closed loop system.

Local ingredients are used to create restaurant-quality meals that are delivered nationwide, and then leftovers are also used according to Spina.

“We also work with a local worm farm where we deliver our food scraps which the worms turn into worm casts and which are used for a variety of different positive uses,” he said.

This model has been the goal since LiveFit launched seven years ago, said chef Matthew Agbetiafa.

He has worked alongside Spina since the beginning and adds: “We are now entering the seventh year. We were able to start with a great idea and now bring it to life.

The goal is to get food waste out of the landfill and Spina has set itself the goal of figuring out what that impact will look like.

“A billion pounds is what we’re going to get and we have a path to get there. We say over the next 10 years, but you know, we’ll definitely be a lot sooner than that,” he said.

It is Agbetiafa’s job to create dishes that customers will enjoy.