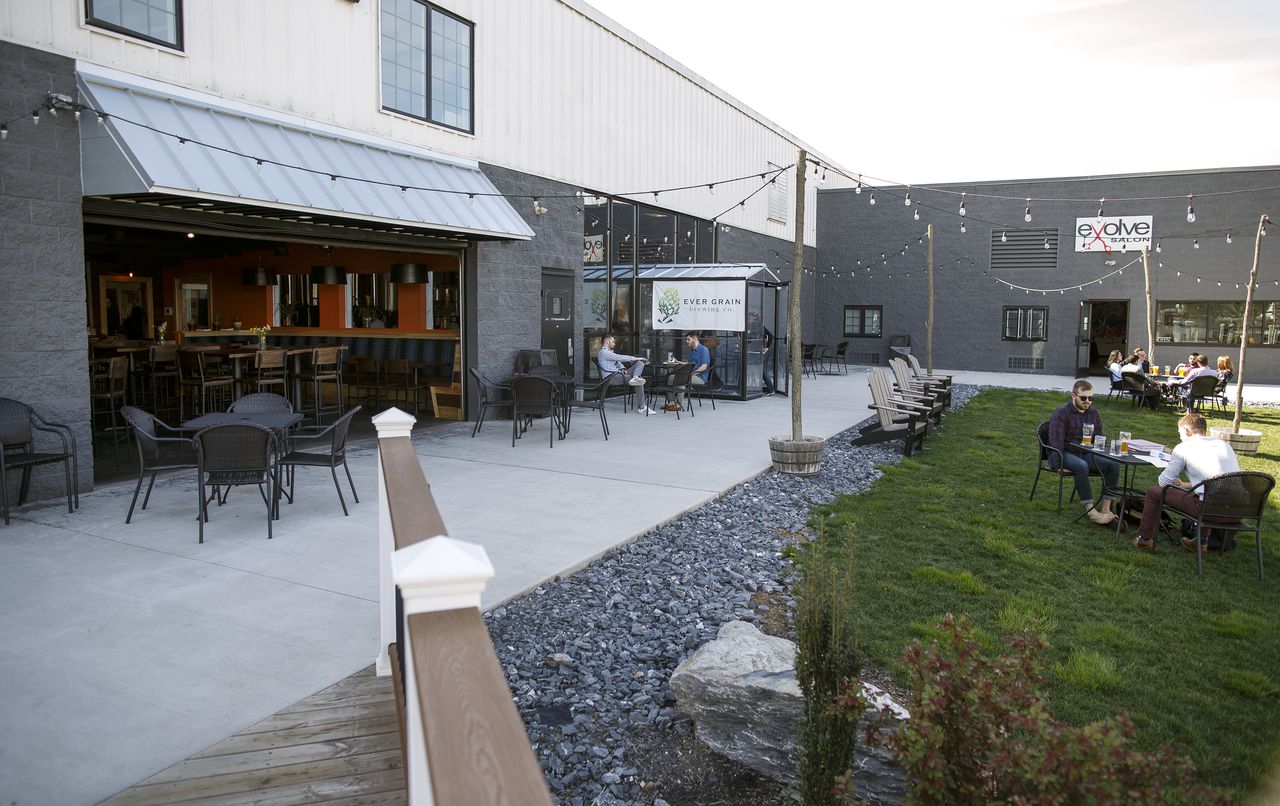 Ever Grain Brewing Co. in Hampden Township is planning a project in Cumberland County.

Co-owner Norm Fromm confirmed that the partners, who also own Brewhouse Grille in Lower Allen Township, are in the process of opening an as-yet-unnamed brewery at 316 Bridge St. in New Cumberland.

The six-day-a-week operation will focus on wood-fired pizzas, sandwiches and salads with possible plans to add on-site brewing.

“I live in New Cumberland and it’s a great city,” said Fromm, co-founder with Larry Dolan.

An opening date has not been announced. At this point, like many restaurant owners with ongoing projects, From said supply chain issues delayed the opening. They are waiting for a delivery of display cases to be installed on the facade of the building, which is torn.

“The supply chain is ridiculous. We’ve been ordering this glass for a while,” said Fromm, adding that he calls his contractor weekly to check on the status.

Otherwise, he said the interior of the restaurant is pretty much complete and with the extra time they are tinkering with some additional decorative touches. They have remodeled the exterior and interior, including finishing a large basement that they hope to rent out to a tenant.

Fromm said he bought the building several years ago after the Dingeldein Bakery on the site, the former home of Shugar’s Philly Deli and, more recently, Italian restaurant Nonna, closed.

Fromm and Dolan opened Ever Grain about five years ago and have no intention of closing the tavern in Hampden Township. Ever Grain brews its own beer and prides itself on using fresh, local ingredients for such favorites as a foggy New England Joose Juicy IPA; big amps; and its Sorbetto sour series.

Ever Grain’s beer portfolio will be on tap at the new brewery, where Fromm has finally said beer will also be brewed. At this point, it is unclear when new brewing equipment will be able to be secured due to ongoing supply chain issues.

Menu items will be built around fresh, seasonal ingredients, including some grown on the partner’s Ever Grain farm in Upper Allen Township, Fromm said. They bought the farm a few years ago to grow ingredients for beers.

Their craft brewery will join other new businesses in the borough, including the renovated West Shore Theater as well as plans for a waterfront park with walking path. A longtime landmark, Coakley’s Restaurant & Irish Pub on Bridge Street, is also slated for major refurbishment.

Ever Grain also has another project underway at the former Sports City Athletics along Linglestown Road in Lower Paxton Township, but Fromm is mum on specifics except to say the project will likely take several years.