Etch, Hove, restaurant review: a glimpse into the future of modern British cuisine 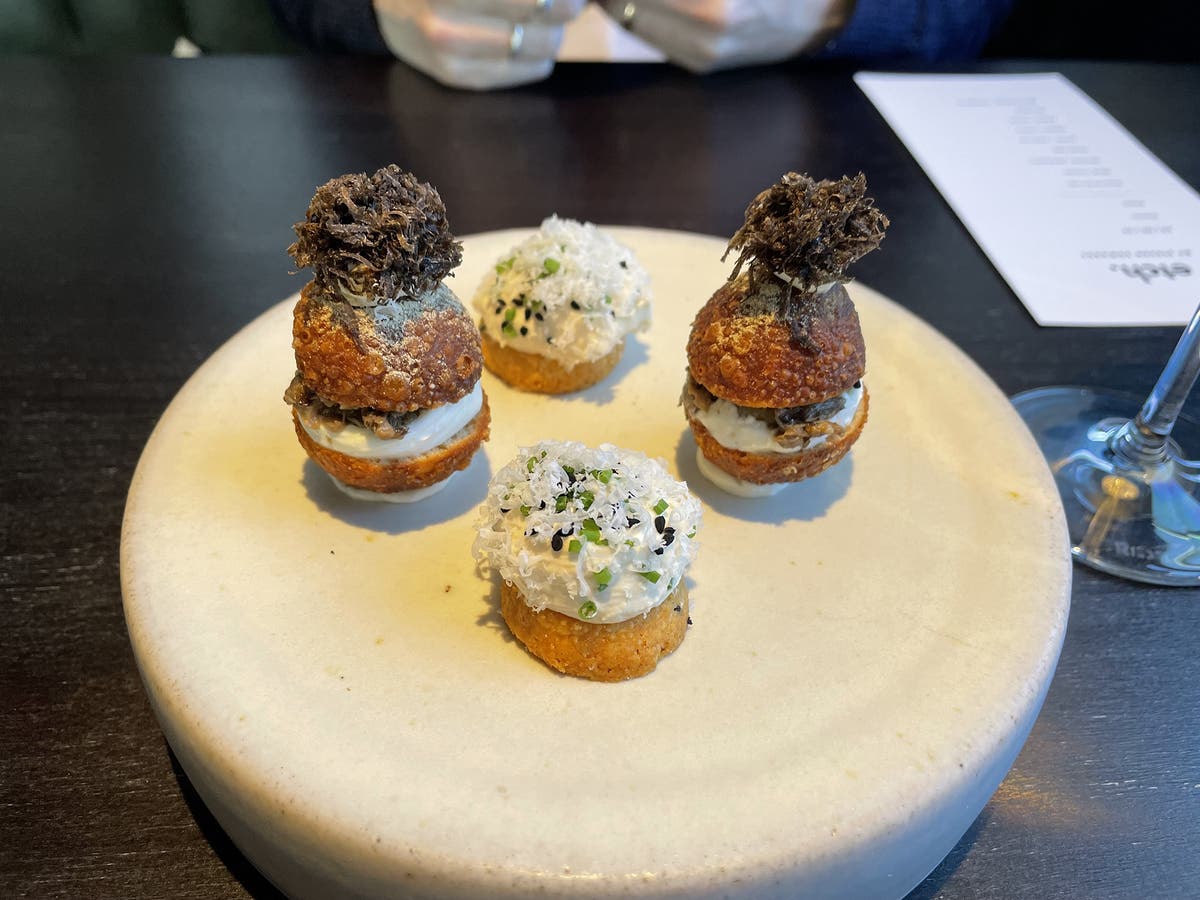 Etch, Hove, restaurant review: a glimpse into the future of modern British cuisine

II’ve only had one thing on my mind since I had the chance to eat lunch at Etch on what must have been the sunniest day in March: dippy eggs.

Now, I love a dippy egg as much as the next person – but, in all honesty, it can be a bit of a boring breakfast. Sorry, Brits. Please don’t get me wrong, because I love eggs and I love toast, I just think there are better ways to combine the two.

However, Steven Edwards – who became one of the youngest chefs to win Masterchef: the professionals in 2013 – found a way to make dippy eggs exciting. No, that’s not even the right word… he made them sexy. Jammily, gloriously sexy, what I never thought I’d say about a boiled egg and some toast.

Except at Etch, located in Hove, minutes from the beautiful beach, it’s by no means just a boiled egg and some toast. It’s a duck egg yolk, as round and shiny as the sun above the seaside haven, but hidden under fried shallots (!) and a nasturtium leaf, a marinated nasturtium root finely veiled with nasturtium oil.

The egg is slowly cooked “for 62 minutes at 62 degrees”, I am told, and the yolk is separated to be soaked. Then the brioche soldier – oh, the brioche soldier! The thick, golden rectangular block, toasted with duck fat (a vegetarian alternative is possible) and coated in creamy and wonderfully caloric duck egg yolk. It would be too heavy without the nasturtium with herbs, and a small roll of duck bacon is pure delight.

But I guess I can’t be lyrical about dippy eggs alone (watch this space though, it might happen one day). Etch’s nine-course menu was full of impressive hits – and a few misses – but I emerged after a three-hour lunch feeling rejuvenated from what modern British cuisine could be.

You see, I’ve recently had conversations about how to define modern British cuisine. More often than not, it’s always ‘good stuff done right’ – that, or cheese pies and crisps, which I don’t dispute. That’s all well and good, except it can get a bit boring, can’t it?

At a time when chefs, cooks and cooking enthusiasts in Britain can access more ingredients from around the world than ever before, learn more cooking techniques and ways to blend flavors, lean if heavily on ‘good, well done’ just feels a bit tired.

But at etch I got a glimpse of the direction in which British cuisine is heading. Every twist on a British staple – a cheese and onion biscuit that I could have eaten in about 20; homemade onion wotsits sprinkled over a creamy and airy white onion soup; a Marmite brioche bun served with seaweed butter which I wish there was a dedicated bakery for – made me more excited for what was to come.

The dippy egg was undoubtedly the best example of this exciting new direction. But while the menu leans into the typical modern British food trope, I found it was the small elements in most dishes that really stood out in the rest of the menu.

A crown of roasted guinea fowl with tender stemmed broccoli, which may look lackluster on paper, but was enhanced with candied blackberries and blackberry jelly. Norwegian skrei cod roasted in butter – again, delicious but not unexpected, except for the charred leek ash that sprinkles the dish, giving everything an incredibly more indulgent, somewhat seaweedy quality.

Not everything was worth writing. About five dishes, two oyster dishes arrive. I’m not a huge fan of oysters and have never had the courage to taste them raw – stories of terrible food poisoning are enough to make me avoid the buggers for the most part. I’ll try anything once, though, but I can’t say these were good enough to convert me.

Dessert courses have plenty of room to be made more interesting. I thought Wigmore’s melty cheese paired with rhubarb sorbet and poached rhubarb was an intriguing match, but the sharpness of the rhubarb was watered down and didn’t do much for the delicious cheese. The dark chocolate mousse was creamy and bitter, balanced by Earl Gray tea ice cream, but it still left me craving. I couldn’t quite put my finger on what was missing there.

But overall a meal at Etch was such an indulgent treat. I would be remiss not to recommend it, although the oysters left me with a less than happy clam. But that’s about me, not about the creative culinary minds working there.