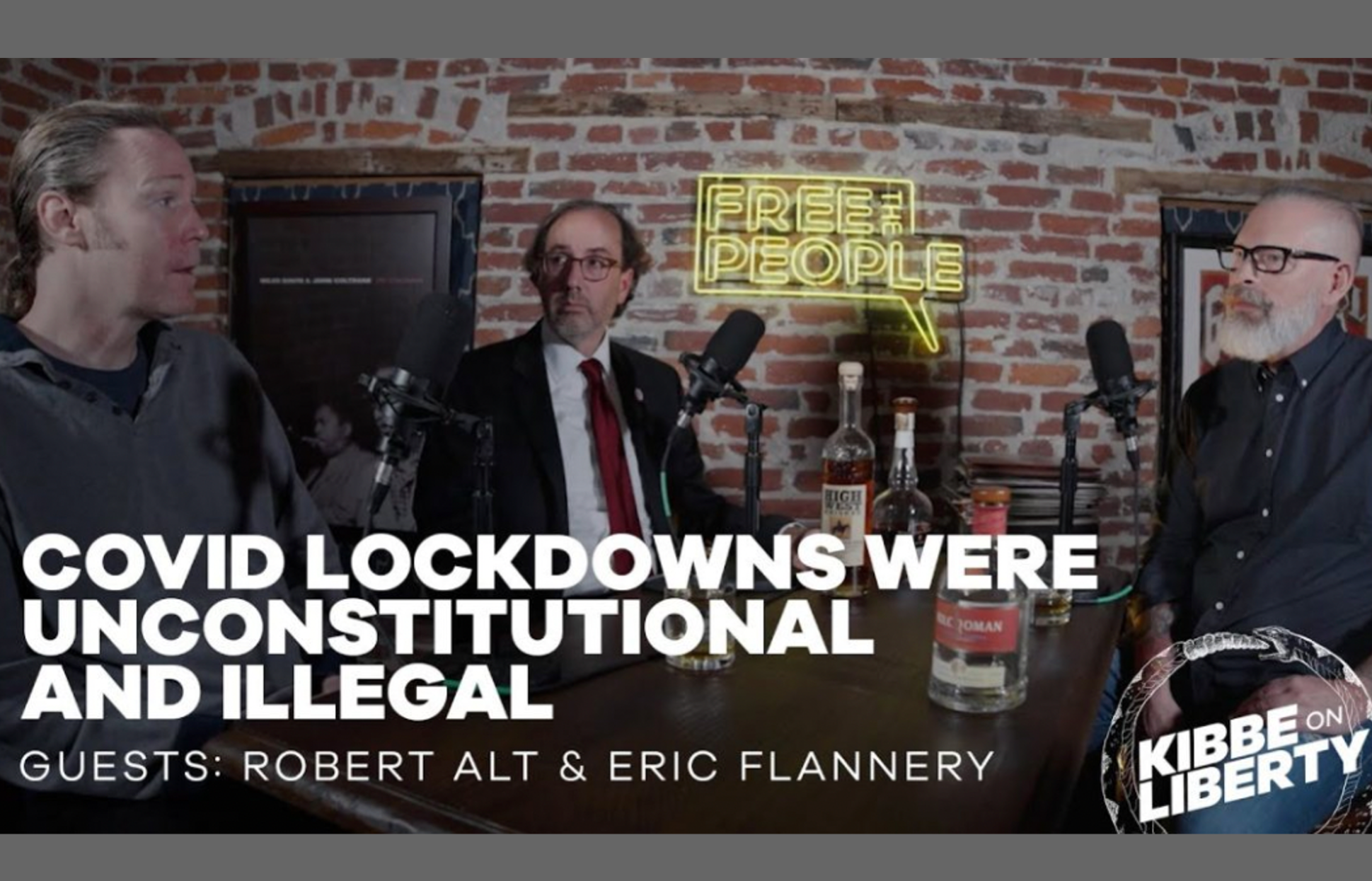 
Robert Alt, President and CEO of The Buckeye Institute, and Buckeye client Eric Flannery, owner of The Big Board, joined Matt Kibbe on the hugely popular and always uplifting Kibbe Podcast on Liberty to celebrate the filing of their constitutional challenge against the District of Columbia—Flannery v. DC Department of Health.

After Eric announced that his restaurant would not discriminate against the unvaccinated, the city stripped him of his liquor license and eventually shut it down altogether. Nine months later, after Eric was forced to burn his life savings, the Big Board is opened and outstanding fines have been overturned. But Eric and Robert are fighting to uphold the fundamentally American principles at stake. Their new legal challenge argues that the DC government lacked the authority to issue a series of emergency orders that shut down the Big Board, and that those actions, by seeking to evade congressional scrutiny and judicial review, violated the U.S. Constitution and the Home Rule Act of 1973.