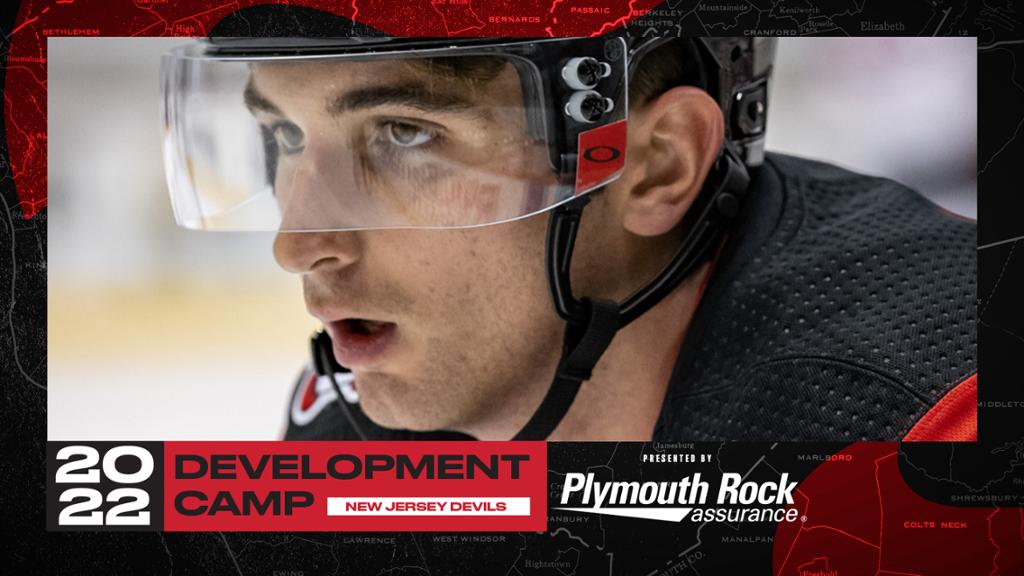 When Seamus Casey was drafted by the Devils in the second round of the 2022 NHL Draft, there was one more reason to be excited.

“I love the Devils, I’m so honored to be here,” Casey said with a giant smile on his face on day two of the draft. “I have a ton of family in New Jersey, so they’re all excited there, they’re big Devils fans and so am I. So today is the best day of my life.”

Three days later, Casey walked through the doors of the Prudential Center for the first time as a member of his favorite NHL team, as he and 35 other prospects attend Devils development camp.

“It was quick but I didn’t want it to be any other way. To get here is just great, I’m happy to be here. It was great to be on the ice today,” said Casey.

Spending summers in New Jersey is nothing new for the Florida native; Casey frequently came to North Jersey to see the grandparents of his father and mother’s family.

“My grandma on my dad’s side lives in Erskine Lakes so I’m probably going to go there this weekend after camp and then on my mom’s side we have a lot in Springfield so we kind of have both sides,” Casey said Tuesday. “I spent a lot of time in Springfield and the lakeside, and (my parents) took me to Hoboken, Jersey City, around Newark and stuff too often. So I love it here.”

With his own reason for spending time in Jersey moving forward, Casey has the opportunity to put down roots here while also spending some quality time in a place he cares about so much.

“I love it. I love the mix of places where you can go up like where my grandma is and have the lakes and everything, and then on my mom’s side you have big cities. And you know , Jersey City, Hoboken, Newark, it’s more urban, it’s great, it’s a great mix.”