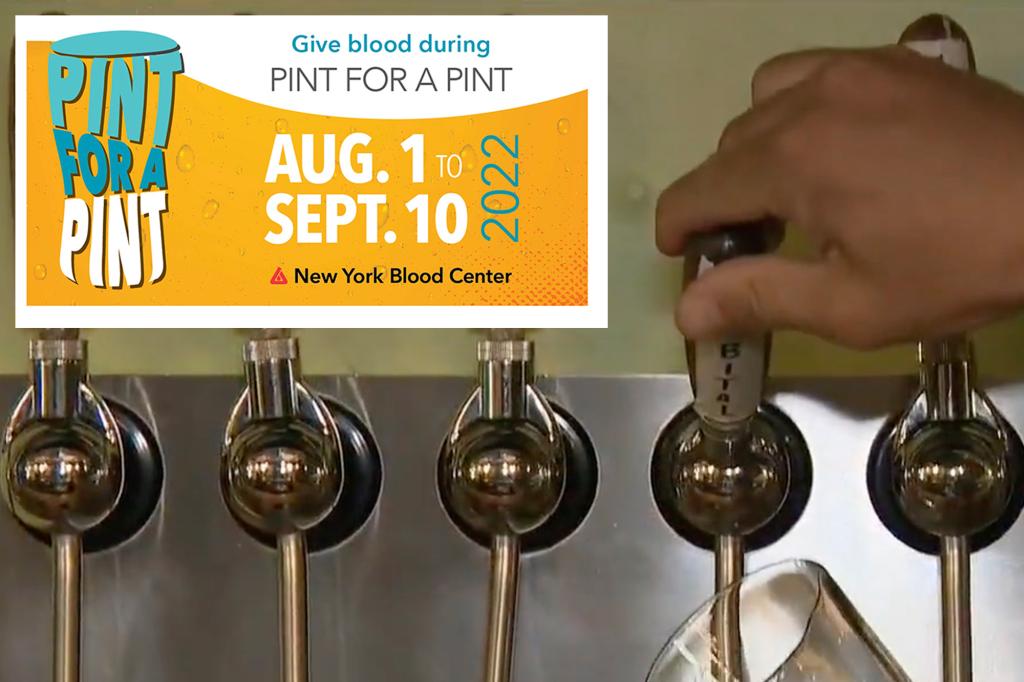 This blood is for you.

The nonprofit New York Blood Center is offering a free beer with every donation as it faces a blood shortage in the New York area.

People who donate blood during the ‘Pint for a Pint’ campaign until September 10 will receive a voucher which can be redeemed at 25 breweries or restaurants for a pint of beer, cider or another drink – but they cannot cash them on the day of the donation.

“All of our blood donor and collection centers are air-conditioned and donating blood could be a great break from the record-breaking heat,” said Andrea Cefarelli, senior vice president of the center, in a recent press release announcing the ‘effort.

“Best of all, we’ve partnered with breweries and restaurants across the region for free drinks as a thank you for your donation.”

Bobby Daquara, owner of Greenhouse Case in Bay Ridge, Brooklyn, piloted the “Pint for Pint” program in June and collected more than 100 donations and poured as many drinks.

“I think everyone loves beer,” Daquara told The Post. “It’s a fair way to say thank you for doing something good.”

Daquara held a series of blood drives called Haley’s Comets at the Greenhouse Cafe in memory of her daughter Haley Gray, who died aged 10.

An incentive is always good for someone who would like to donate anyway, he said, “they don’t come for the pint, that’s for sure.”

The center declared a blood emergency last week, blaming its inventory drop on the ongoing heat wave, summer travel and a recent spike in COVID-19 cases. Blood supply was at a 1-2 day level, “well below the ideal 5-7 day level,” the statement said.

The center welcomes readers daily and has 19 donor centers, according to the statement.