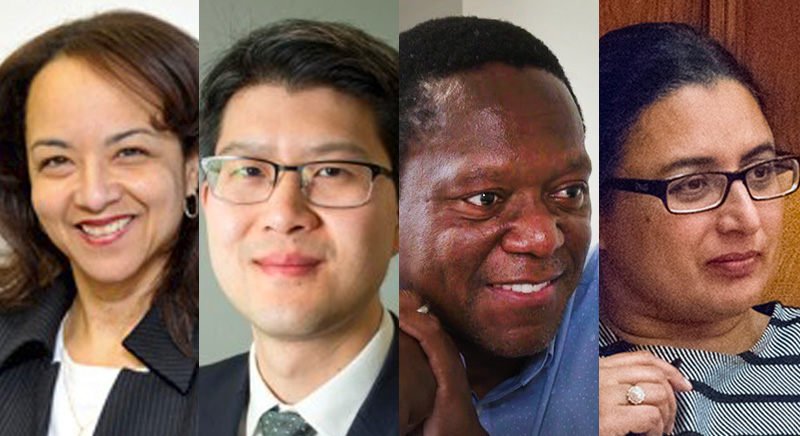 City Manager Finalist Forumfrom 6 p.m. to 9 p.m. on Tuesday. The four finalists vying to succeed City Manager Louis A. DePasquale, who steps down on July 5, will present their vision for the city, answer questions and meet with members of the public. The candidates are Iram Farooq, Deputy City Manager of the Department of Community Development since 2015; Cheryl Watson Fisher, Chelsea City Solicitor since 2003 and partner at Cambridge law firm Galluccio & Watson; Yi-An Huang, executive director of Boston Medical Center, who has worked at BMC Hospital since 2013; and Norman Khumalo, city manager since 2009 of Hopkinton, a town of about 16,700. (More information on the candidates here and here.) The forum is in Cambridge Rindge and the Latin School’s Fitzgerald Auditorium, 459 Broadway, Mid-Cambridge. Televised and watchable by Zoom videoconference.

Central Square Advisory CommitteeWednesday 5 p.m. The committee is considering a case of special permit and derogation for 544 Massachusetts Ave., where a company wants to build 29 studios – the smallest being 247 square feet, the largest 525 square feet – around existing businesses: the 5 Spices House restaurant and Teddy’s Shoes. The plan would add three floors to the existing building and a roof terrace, and securing a variance that would increase the number of units from the 20 permitted as of right would bring four “inclusive” affordable units. Watchable by Zoom videoconference.

special council meetingWednesday 6 p.m. Council will speak with finalists for the position of city manager and are expected to vote to nominate one to fill the position beginning July 6. The council meets at the town hall, 795 Massachusetts Ave., Central place. Televised and watchable by Zoom videoconference.

Redesign of the bus network

Transit Advisory Committee, 5:30 to 7 p.m., Thursday. MBTA staff will give a one-hour presentation on the bus network redesign. Considered the first major overhaul of the network in 100 years, the implementation of this project will not be completed until 2028 and will not even begin until the spring or summer of 2023, at the earliest. First comes a six-month feedback period. Committee members will be able to ask questions of Massachusetts Bay Transportation Authority staff and members of the public will be able to comment. Watchable by Zoom videoconference.

Multi-use trail boarding projects11 a.m. to 3 p.m., Saturday. Linear Park is being revamped and a Danehy-New Street connector path runs alongside the old railway tracks behind the Fresh Pond shopping center in the Cambridge Highlands and borders Ward 9 to the east. Charlie Creagh from the Community Development Department will be on hand to explore and answer questions about the projects. For the Linear Park Site Ride, meet at the Bluebikes station between Massachusetts and Cameron Avenues in North Cambridge at 11 a.m. and expect to finish around 1 p.m. at the East Motherhouse of Alewife MBTA Station. The Danehy-New Street Connector site walk begins at 1:30 p.m. at the Danehy Park entrance on New Street, near the crosswalk. Light snacks will be provided at each walk.