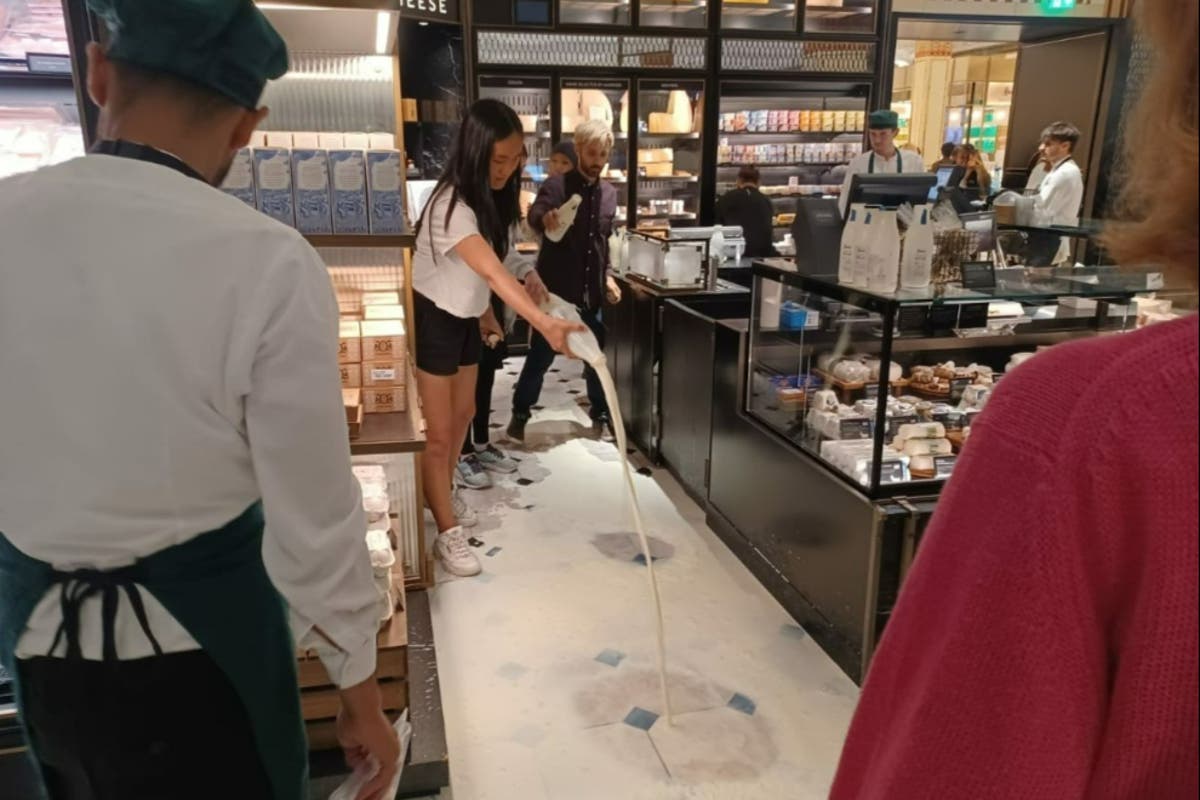 Egan activists have vowed to disrupt the supply of milk to UK supermarkets for the first two weeks of September during an anti-milk protest.

He claims to have hundreds of volunteers who are willing to take direct action to stop people buying cow’s milk.

The escalating protest comes after protesters from the group blocked supermarkets in London earlier this year and also spilled milk on the floor of Harrods.

In a statement, the group said: “We have spent months trying all appropriate channels to engage with the government on the scientific consensus to move to a plant-based future, but they have chosen to ignore us.

“We have no choice but to join the civil resistance to put pressure on the government to preserve our future.

“We are announcing our intentions in advance so that the British public are prepared for an interruption in the milk supply in September.

“We apologize for any stress this may cause during a cost of living crisis, but the government is sleepwalking us all into poverty, misery and climate and ecological collapse. We cannot sit idly by and let this happen.

Other direct actions taken by the group include disrupting the Trooping the Color ceremony during the Queen’s Platinum Jubilee and invading the track during the Epsom Derby.

Activists have also blocked factories and restaurants associated with the dairy and meat industries.

Some of those involved in the group have been linked to other eco-groups known for their direct action tactics, such as Just Stop Oil.

The chief executive of the Dairy Council, told the Guardian in response to the group’s plans: “It is difficult to comment at the outset before events take place, but we are very disappointed with the action planned by Animal Rebellion, which could cause totally unnecessary disruption to businesses and consumers and is unnecessary during a cost of living crisis.We urge them to rethink their actions.