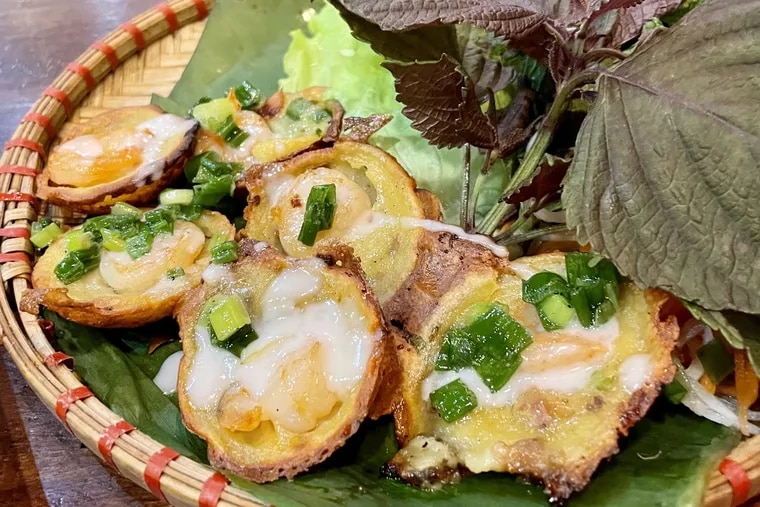 Growing up with a mother who was a professional chef, Andrew Ma vividly remembers the Vietnamese street foods that flowed from their home kitchen in West Philadelphia for after-school snacks and frequent weekend gatherings. Crispy spring rolls. Half-moon rounds edged with lace of crispy bánh xèo pancakes. Phở deeply imbued. And there were also the bite-sized delights of pan-sizzled bánh khọt, the half-sphere-shaped mini pancakes sprinkled with pork and shrimp that he put straight into his mouth.

“I was always there in that kitchen with her chopping vegetables, and I got hooked,” says Ma, whose mother, Thi Nguyen, owned a restaurant in Upper Darby called Saigon City that is now closed.

Ma, 43, has spent most of his working life in the building trades. But he eventually achieved his own culinary dreams, opening Vietnamese restaurant Hên in Cherry Hill in 2018. He is part of a wave of second-generation Vietnamese immigrants to the Philadelphia area who arrived in America when they were young children and have now taken up the torch of entrepreneurship. Their parents. The colorful strip mall space, which Ma built, is beautifully designed with rustic woodwork and references to Vietnamese culture, revamped with a modern twist.

And Ma’s menu is deeply inspired by the food he grew up eating: “I want to make my mom proud.”

But I found myself particularly transfixed by the bánh khọt, these little hemi-spheres of turmeric-tinted batter made with coconut milk and rice flour are sizzled in a cast-iron skillet filled with rounded divots that give each bubble cupcake has multiple textures, with crunchy edges that snap against creamy pudding centers that contain the savory nuggets of ground pork and tiny shrimp.

It’s a particular specialty that has popped up on Philadelphia menus in recent years at places like Gabriella’s Vietnam and Càphê Roasters, where it’s an occasional dish. It is also one of the most requested specialties at Hên, where Ma garnishes them with shallot oil and coconut milk. I wrapped them while they were still warm in bundles of herbs and pickled carrot laces, then gave them a vigorous bath in nước mắm dip, and I was totally transfixed. Now that Ma’s mother has just returned from another visit to Vietnam, she’s given her son another bánh khọt twist to pursue – tinting them herbal green with pandan leaves.

“I tell him, ‘Mum, it’s so hard to keep the staff here now. Relax! says Ma, who also hopes to soon revive the popular Vietnamese roast chickens he discontinued due to staffing at the start of the pandemic. “But I also know that she’s always trying to sharpen me up.”