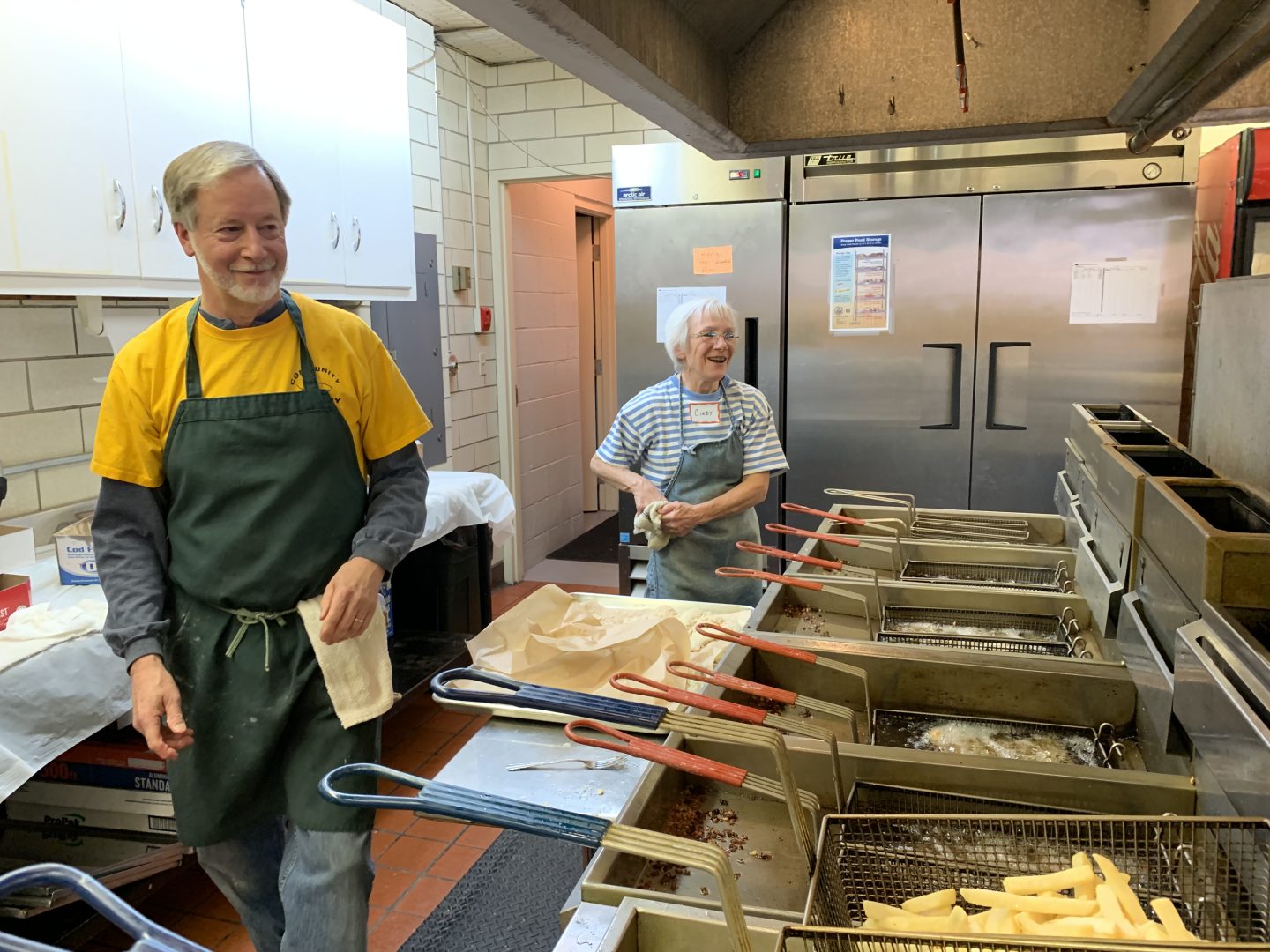 About a month away from Easter, fry season is in full swing at churches, fire stations, and VFWs in and around Pittsburgh. But while a few hundred weekly dinners flood the area throughout Lent, some groups take time off this year due to the rising cost of seafood and other supplies.

At the Norvelt Volunteer Fire Department in Mt. Pleasant Township, it became apparent last fall that the grassroots fundraiser could not take place this year. Mary Hontz, co-treasurer of the department’s ladies’ auxiliary, said distributors won’t guarantee the 800 pounds of cod the fire station needs for dinner each Friday. 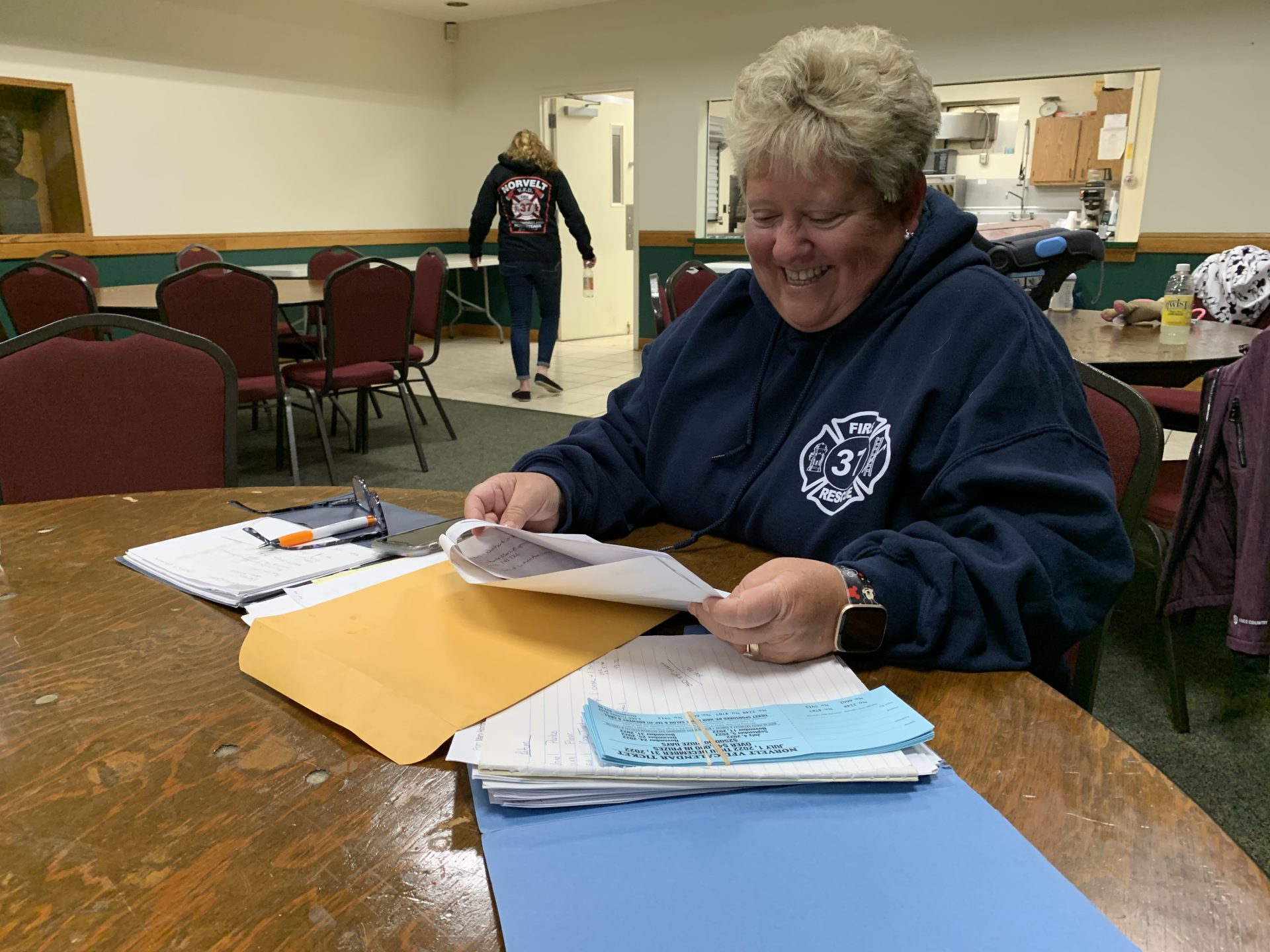 Mary Hontz, co-treasurer of the Norvelt Volunteer Fire Department Ladies Auxiliary, reviews a spreadsheet of supply prices she compiled in the fall. Inflation prompted the department to cancel its fingerlings this year.

“Our greatest asset has always been quality and our reputation,” she said. “And we were just afraid that if we told people we were going to have [the fish fry] and we only have 400 pounds of fish at five o’clock, who are we going to refuse, like at five o’clock in the afternoon? So we just didn’t want to do that.

The cancellation represents a major blow to the finances of the fire station. The department typically relies on its fish fries to generate tens of thousands of dollars a year. He needs money to pay for equipment and other basic expenses.

Supply shortages and high costs have also sidelined other fish fry in the region, the Pittsburgh Tribune-Review and WTAE have reported. Local data indicates that dozens of fish fries are not happening this year.

Melaina Lewis, spokeswoman for the National Fisheries Institute, said the seafood industry is facing the same constraints that have weighed on the rest of the economy since the start of the pandemic.

“A lot of things have closed: factories, processing facilities,” she noted. “And so you always try to… get people back to work in a safe way and always bring the fish from the water to the table.”

Add to that skyrocketing shipping costs, and the price of cod has risen nearly 50% in the past two years, according to industry data. 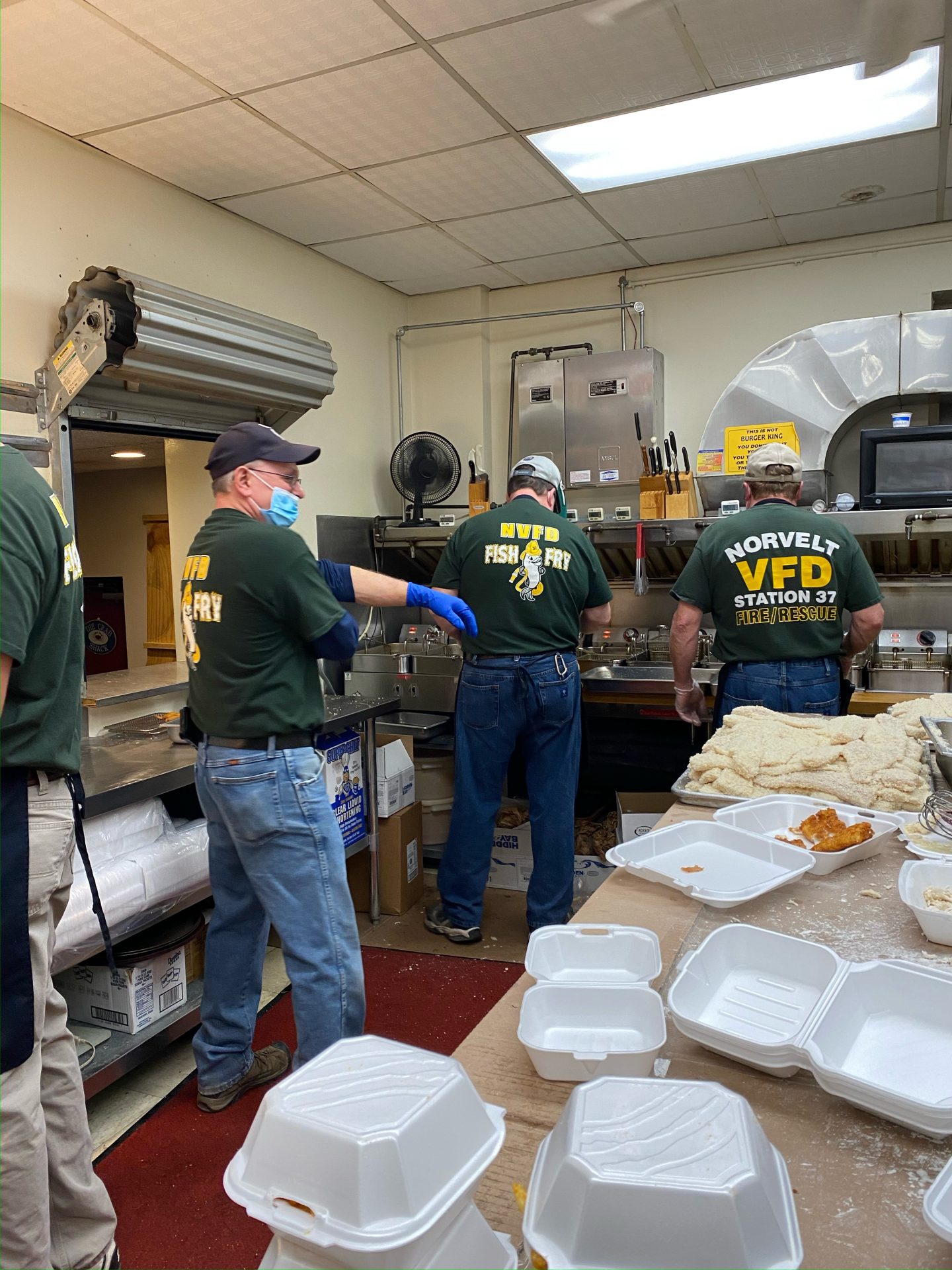 Courtesy of the Ladies Auxiliary of the Norvelt Volunteer Fire Department

Volunteer firefighters help manage fry from the Norvelt Volunteer Fire Department. Between 2020 and 2021, the resort only provided takeout service due to COVID-19. This year it canceled the fundraiser due to supply shortages and price increases.

Other items are also more expensive, Hontz noted while reviewing a price list she printed in the fall.

She said the price of cooking oil had doubled. The fire station couldn’t get enough take-out containers of the right size. And he couldn’t find a source for the 1,200 sandwich loaves he would have needed for each week’s event because his usual bakery burned down in a fire last year.

Faced with such constraints, Hontz said, the Norvelt Fire Department should have raised the price of a fish dinner by about $10 to $16. She said there was little wiggle room given that the station depends on fundraising to stay afloat year after year. 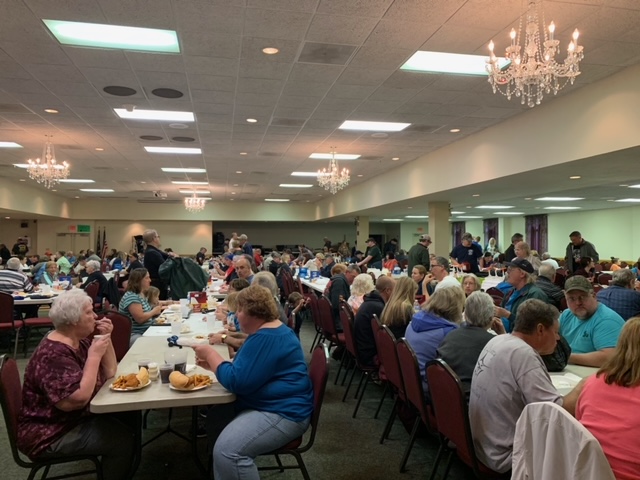 Courtesy of the Ladies Auxiliary of the Norvelt Volunteer Fire Department

In the years before the food service was shut down by the pandemic, the Norvelt Volunteer Fire Department’s fry typically drew hundreds of customers each week between Ash Wednesday and Good Friday. An event planner took this photo in 2019.

“A lot of people said, ‘Oh, you can’t undo it. We will come anyway,” she said. “Yeah, they probably would have. Would they have come as many, and could we have served them?

After deciding he couldn’t take the risk, firefighters launched a lottery fundraiser in the hope that it will generate as much interest as its beloved fish fries.

Our Lady of the Lakes Parish in West Deer Township has had to raise the price of its fish sandwich from $8.75 to $10, and it expects to raise less money than usual. 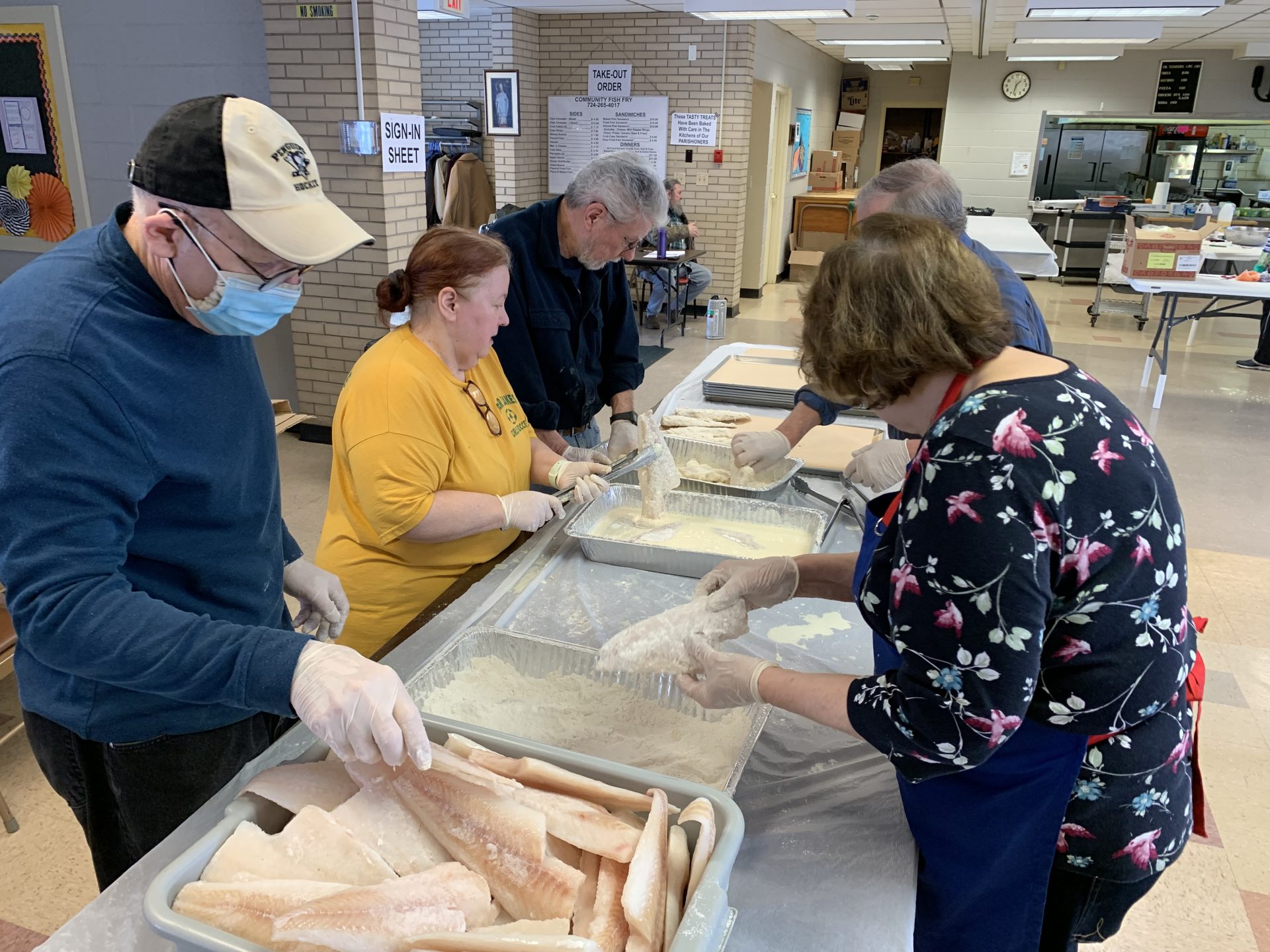 In the days leading up to each week’s fish fry at Our Lady of the Lakes Parish in West Deer Township, volunteers bread hundreds of pounds of cod.

“We couldn’t [set] the normal profit margin…simply because it would have driven the price too high in our opinion. And we wanted people to come back,” said Notre-Dame-des-Lacs volunteer Bill Yanicko. He presided over the parish fry until last year.

Despite the pressure of inflation, he said customers have been particularly charitable this year.

Volunteers serve more than a thousand diners at Notre Dame des Lacs activity room each week, Yanicko said. The space resembles a school cafeteria with its rows of long tables. Deep fryers are bubbling nonstop in the adjoining kitchen, coating cod fillets, fries and strips of clams in a salty crisp.

A few dozen volunteers assemble sandwiches and wrap containers of mac and cheese, coleslaw and haluski for dine-in and take-out.

“Organized chaos is [what] I like to call it,” said Annie Catanese, fry coordinator for Our Lady of the Lakes. “Everyone knows their job, and they learn it if they don’t.”

“It’s a big fundraiser for us,” she said of the event. “But it’s not number one for us. … The first is to bring the community together.

“We’ve been coming here for years,” she said of her family. She noted that it had been two years since Notre-Dame des Lacs offered the meals in person. “So I’m so happy they’re here now.”