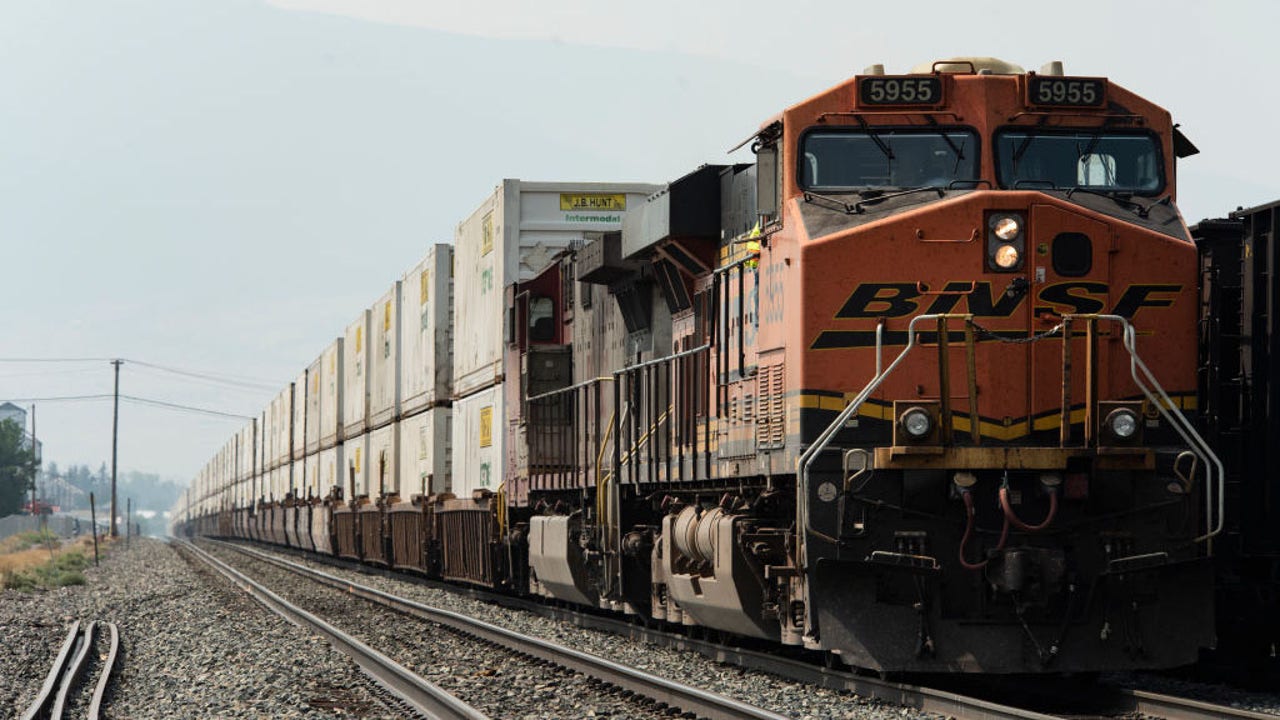 Unions representing more than 115,000 workers are set to go on strike on Friday September 16 if a new collective agreement is not in place.

A stoppage of freight cars impacts shipments and could be detrimental to the US economy as there would be a shortage of items on store shelves and the cost of goods would rise amid high inflation.

Last week, the Association of American Railroads trade group released a report predicting the economy would take a hit of $2 billion a day if trains came to a halt. The report adds that passenger traffic could be disrupted because Amtrak and other commuter railroads use tracks owned by freight railroads.

A spokeswoman for the trade group said on Sunday the railways needed to take steps to prepare for a potential work stoppage as the deadline is so close, but the industry remains committed to negotiating a deal with its unions.

What led to discussions of a possible railway strike?

According to the Associated Press, railroad workers have not been raised since 2019 as contract negotiations continued. Workers expect to be compensated after staying on the job throughout the pandemic and suffering major job cuts in recent years.

Major freight railroads have cut nearly a third of their jobs over the past six years by overhauling their operations to run fewer, longer trains that require fewer locomotives and fewer employees, the AP reported in august. Unions told the AP that railroads expect more from workers who stay, and that some railroads’ tougher attendance policies are making furloughs difficult because of all the job cuts.

Many companies that ship goods on the rails, labor groups and regulators attribute the railroad’s current shipping problems to these significant staff cuts. But the railroads say nationwide labor shortages and a tough hiring environment have prevented them from hiring enough workers to handle all shipments as the economy recovers. .

During contract negotiations, unions also opposed railway proposals to reduce train crews from two to one. Union officials tell the AP they don’t want to strike, but they seem ready to act if it does. The Brotherhood of Locomotive Engineers and Trainmen said more than 99% of its members voted to allow the union to go on strike if a deal cannot be reached.

The Biden administration gets involved in the strike

A White House official said President Joe Biden and members of his cabinet were in touch with unions and the railroads on Monday as part of their effort to avert a strike. And for the second time in the past week, Labor Secretary Marty Walsh sat down at the negotiating table on Sunday to urge the parties to reach a deal. Walsh postponed a planned trip to Ireland this week to stay close to the talks.

On July 15, President Joe Biden stalled a freight railroad strike for at least 60 days and appointed an Emergency Presidential Board (PEB) to intervene in the contract dispute, avoiding any action that could have disrupted shipments. Any strike or lockout would be delayed for 60 days under federal law that governs railroad contract negotiations.

The ruling kept 115,000 railroad workers on the job while arbitrators crafted a set of contract recommendations for both sides to consider. The 60-day period is due to expire at 12:01 a.m. ET on September 16, and the Commander-in-Chief does not have the authority to call off a strike at that time.

The PEB suggested in August that the 115,000 railway workers should get 24% raises and $5,000 in bonuses as part of a new deal to avoid a strike. The board demanded a 24% pay rise and $5,000 in bonuses over the term of the contract while adding an additional paid day off each year. The council also recommended keeping the same health insurance scheme, but having workers bear a greater share of the costs through higher monthly premiums.

Five of the 12 railroad unions that together represent 115,000 workers had already reached tentative agreements based on PEB recommendations that will offer 24% raises and $5,000 in bonuses on a five-year contract retroactive to 2020.

Could Congress block a strike?

If the two sides fail to agree on a deal by the end of the week, Congress is expected to step in to block a strike because of the dire economic consequences if a strike occurs, as many businesses depend on railroads. of iron to deliver their raw materials. and finished products.

In previous national rail labor disputes, lawmakers have voted to impose conditions on the railroads before workers can strike.

Reaching a new deal would help the railroads hire more workers, which they are struggling to do. Major railroads said they needed to hire hundreds more workers to handle increased demand as the economy recovers and deals with the delays and missed deliveries that have plagued their service industry this year.

The Associated Press contributed to this story. This story was reported from Washington, DC