A Kentucky restaurant manager said customers posted hate messages and reviews after they waved a Ukrainian flag in solidarity with the country. 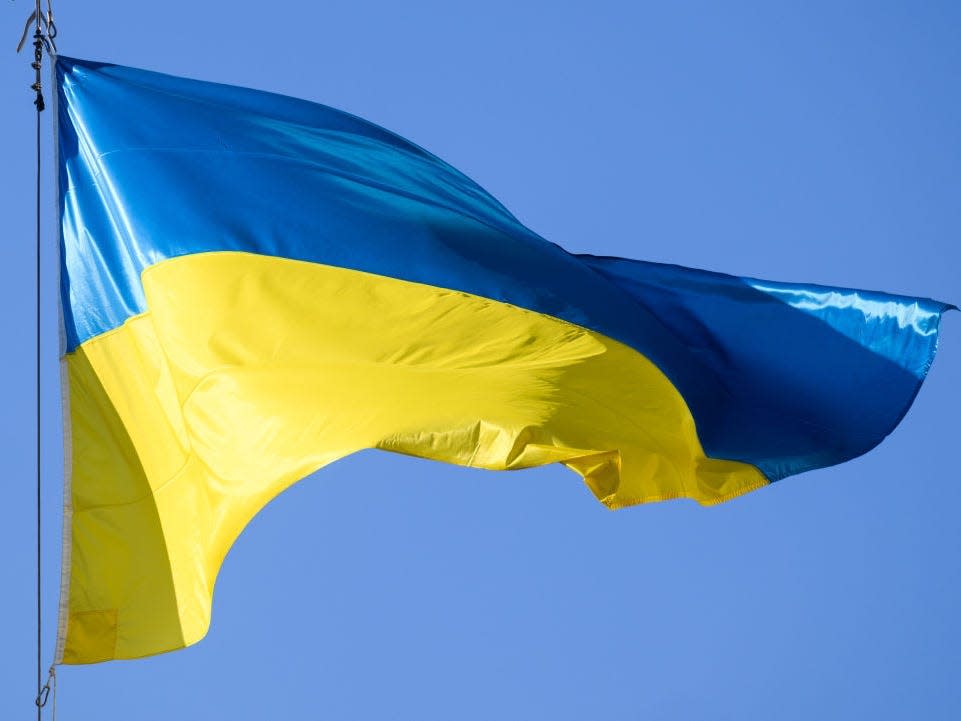 A Kentucky restaurant manager said customers posted hate messages and reviews after they waved a Ukrainian flag in solidarity with the country.

A Kentucky restaurant manager has recalled the hateful treatment he received from customers after displaying a Ukrainian flag in solidarity with the country amid the war.

Ben Ashlock, who runs Colton’s Steak House and Grill in Bardstown, Kentucky, said The Washington Post that he has a personal connection to Ukraine because he and his wife adopted their son there three years ago. So when war broke out, Ashlock said he wanted to show solidarity by displaying a Ukrainian flag at the restaurant.

“You’re just letting them know that even in little old Kentucky we see you and support you,” he told the Post.

Ashlock didn’t think that gesture would cause any problems. But shortly after hoisting the flag atop the building, Ashlock said he started receiving strong hateful messages from customers via the restaurant’s phone, Facebook page and Google reviews.

A customer said, “My family eats at Colton’s steakhouse, but will not eat there again until the Ukrainian flag is replaced with our national flag,” via a direct message on the restaurant’s Facebook page.

The Post also referenced reviews – some of which had been deleted – shared by Ashlock via screenshots. One of them said, “Take down that trash flag! Let Ukraine be razed!”

Ashlock even said he got a 1 star review from Colton’s on Google because of the flag. “Tasted food woke up, management is a warmonger,” the review read.

Addressing the situation, Ashlock recently wrote about the the restaurant’s facebook page“I would like to tell you that we heard our last negative comment today or that our last employee broke down in tears because of someone saying something mean to him about our situation. But that would be lie.”

“I wish we treated each other better behind the keyboards,” he added.

Colton’s Steak House & Grill did not immediately respond to Insider’s request for comment made outside of normal working hours.

The hateful posts, however, were recently offset by a flood of supportive messages on Colton’s Facebook page.

One person wrote: “Thank you for raising the Ukrainian flag and showing your support for our Ukrainian brothers and sisters…I can’t believe someone is sending hate messages for this…that the hell has this happened to us?”

Many restaurant owners across the United States have shown their support for Ukraine in Russia’s unprecedented war of invasion. Some, for example, have renamed Russian-related cocktails on menus, including Moscow Mules to Kyiv Mules.